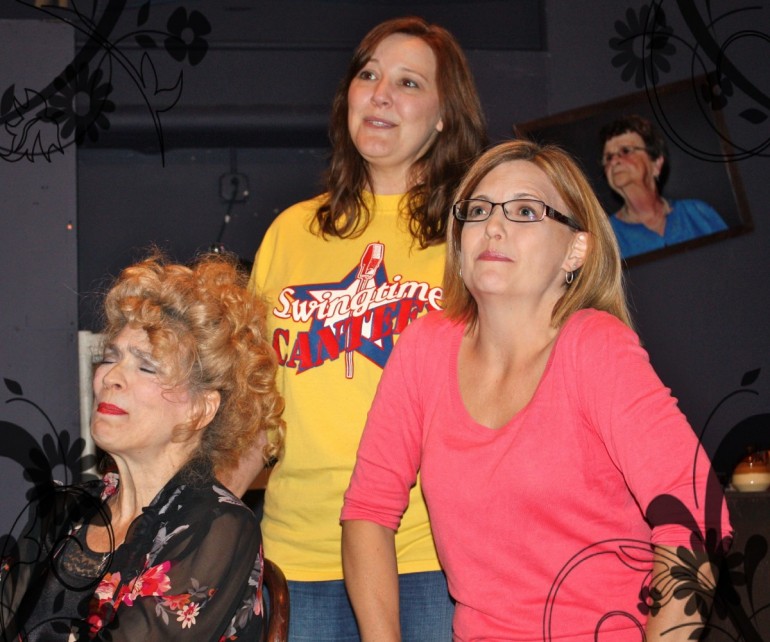 Ken Bradbury says, “I guess it’s fun to write about food.” He follows up his all female cast of “Potluck, the Musical,” which played at the Playhouse on the Square and Springfield’s Hoogland Center with “Pearl’s Place,” running October 2-4 and 9-11 at the Playhouse Theatre in Jacksonville.

The two-act musical comedy features local actors Sylvia Burke, Sherri Mitchell, Stephanie Soltermann, Carrie Carls and Hope Cherry, and tells the tale of a rundown restaurant in Coleman, Texas, beset by hard times. “A major restaurant franchise opens across the street,” said Bradbury. “The girls’ mother, Pearl, is in a retirement home and unable to remember the recipe for her famous ‘Pearl Jam,’ a concoction that might be their only hope of surviving the new competition.” The show’s musical score features a good deal of Texas swing along with traditional honky-tonk.

Bradbury wrote and directs the show, while also serving as one-third of the orchestra along with Jerry Kirbach and Sam Roth. “The secret to doing good theatre,” said Bradbury, “is having talented friends. These ladies have been knocking this show out of the park during this summer’s rehearsals. I’m supposed to be directing the show, but I spend a lot of time just sitting and smiling at what’s going on onstage.”

The Ken Bradbury Foundation, a not-for-profit group dedicated to supporting the local arts, sponsors “Pearl’s Place.” Tickets for the show may be purchased at Our Town Books, the Soap Company Coffee Shop, or by calling (217) 491-3977.