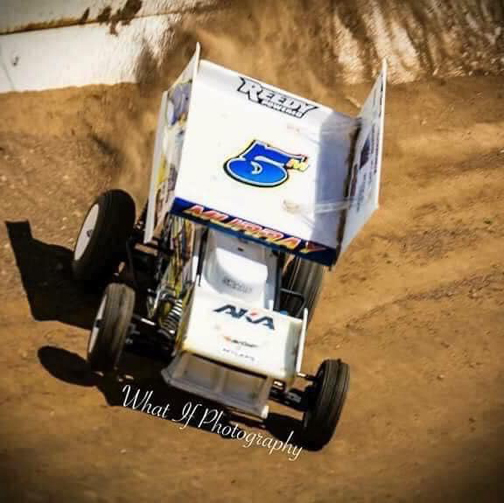 The Pony/Colt Baseball Fields, just off of East Vandalia next to Nichols Park, will once again bustle with activity. However, baseball is being replaced by the growing hobby of remote-controlled, as by a radio, racing — oftentimes, it is referred to as “r/c” or “rc.”

Common use today of the terms tend to refer to toy vehicles or planes, etc. controlled by radio specifically. After an absence of many years, Jacksonville will play host to the many r/c enthusiasts in central Illinois at the R/C Speedway.

Local racing enthusiast Dan Murray has been involved with the r/c racing world off and on since the late 1990s. Prior to that he was fortunate to travel the United States racing karts and his skills won him the National Championship in 1998. Murray realized that “without great sponsors and an endless bank account, it was going to be very hard to keep doing it.”

He knew, however, that just down the street at the corner of Prairie and Lafayette Streets, there was an oval carpet r/c racing track. He said, “One visit and I was hooked.” A few years later, Murray’s dad oversaw the track prep on a dirt oval located on Larry Hill’s property just off Portuguese Hill. Taking personal time away from the sport, Murray graduated from Routt Catholic High School in 2003. Then, after two years at Lincoln Land Community College and a semester at Illinois College, he enlisted in active duty with the United States Army in 2006.

When Murray started getting back into r/c racing, the nearest racing track was two to three hours away, so with the blessing of his wife, he started to build a track in their backyard. As he progressed further in the process, he realized that he did not have enough room to pull it off. City of Jacksonville Mayor Andy Ezard got wind of Murray’s idea and set out to find a spot that would work and that is how plans were hatched to revitalize the overgrown Pony/Colt field. His dream was soon to be a reality. The transformation of the area took much doing. The land had to be cleared. Dirt was hauled in for the track. Lights were installed. Operators’ stands were built Security cameras were added. It was a lot of work. Still, it was worth it — Murray and all of his volunteer crew have created a great place for the participants to race. The racetrack is 12-foot wide, has 35-foot straightaways and is progressively banked.

The real action starts in the spring of 2022. R/C Speedway will kick off with preseason practice April 24, 30 and May 1. Season begins May 4 and concludes October 7 and 8. It features 13 Wednesday nights, two Friday/Saturday combinations, one Saturday night and one Sunday afternoon. For a complete rundown of the schedule and the rules, please visit them on their Facebook page by searching “Jacksonville R/C Speedway.” All racers age 7-70 are welcome to take part in the races and the only stipulation is that newer drivers start in the novice class, says Murray.

“Basically, what you see at the Jacksonville Speedway on a Friday night, is what you will see — just the hobby version,” added Murray. “I know for me, starting at the beginning and working toward the faster classes will be key to enjoyment of the hobby.” They will feature seven classes: Novice (despite age, everyone races the same type of vehicle), 1/10 Late Model, 1/10 Open Sprint, 13.5 Sprint, A-Mod, B-Mod and Wingless. As the season gets going, they may add a Sunday afternoon here or there.

In closing, Murray wishes to thank those who have played a part in making this a reality. First and foremost, he thanks his wife, Meagan, for supporting him every step of the way. He thanks PT’s RC Raceway out of Bloomington, saying that without them, Jacksonville’s r/c would not be in the position they are. He appreciates their son, Emmett, knowing that giving up a lot of Fortnite time to be bored watching mom and dad work on the track couldn’t have been fun. He thanks his parents for everything they have done and continue to do. He gives a shout out to Custom Works R/C Cars and Products out of Denver, North Carolina, for all the advice. Lastly, Murray thanks Allen Mendenhall for instilling in him a high standard in running a racetrack, something Murray hopes to always maintain.

R/C Speedway is located at 880 East Vandalia Rd. in Jacksonville. It operates strictly on a donation basis, for both the racers and spectators. There will be a concession stand and clean restrooms available to all in attendance. Local businesses who wish to put up advertisements around the track can contact Murray on availability and cost. Also, those interested in racing are encouraged to contact Murray as well. He may be reached through their Facebook page or at 217-320-1772.