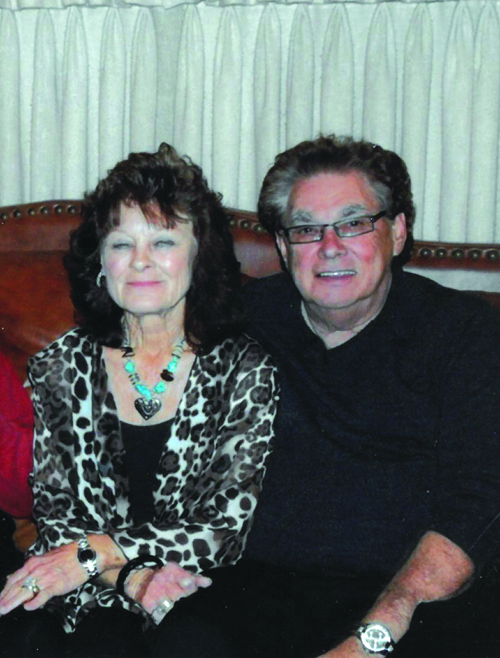 When Jim and Billie Mabry first came to Jacksonville 50 years ago in November, their lives were a lot different compared to the lives they lead now. The newly married couple arrived in Jacksonville from their home state of Missouri with $300 and the dream of starting a business. First National Bank, currently US Bank, loaned the Mabrys $865. Throughout the years the couple’s dream would come to life by owning a variety of businesses from ten television and appliance stores to one-and-one half car dealerships to re-opening a discount store. In 1982 Jim even sold a new car to the famous pianist Liberace, and Jim got to take the car to him in Las Vegas. The Mabrys have always stayed humble as their lives became very blessed through their hard work. They stand firm in thanking God for all their blessings.

Jim and Billie have been highly involved with their church, the Jacksonville Assembly of God, since 1984. Jim was a board member and taught Sunday school at the church for 17 years. “I believe they have a sound doctrine which applies to rich, poor, black, white, because we feel every nationality is the same in God’s sight,” he said.

The Mabrys are just as passionate about Jacksonville and the residents of Jacksonville, as they are about their faith. Whenever they saw a need, they tried to help in any way they could. When Jim owned Lincoln Land Auto he gave cars away and signed for people with bad credit. Donations were made to Salvation Army. Jim also served on boards for the Pregnancy Crisis Center, Jacksonville Theatre Guild, and Elks Lodge. Their home has also been on the Pilot Club Christmas Home Tour. “We like the town,” Jim said. “We like the leadership the town has, and we like all the people.”

The couple is excited about re-opening a discount store, Bargain City, at 466 S. Main in Jacksonville. The difference between the old and new discount stores is found in what is for sale. The old discount store sold used goods, and the new store has mainly new and open boxed returns. Everything is sold at a discounted price. Customers can expect to purchase everything from drones to Keurig coffeemakers to laptops. More nostalgic items are available for sale as well, like an old jukebox and one of the first televisions and ice boxes. “We have everything you could ever dream of in this store,” Jim said.

At the end of the day, Jim and Billie are happy and thankful with all that has made their lives theirs. As far as re-opening a discount store, Billie summed up her husband’s need to keep his professional life thriving. “He can’t quit,” she said. “He loves the buying and selling, and the people. It’s in his DNA I think.”