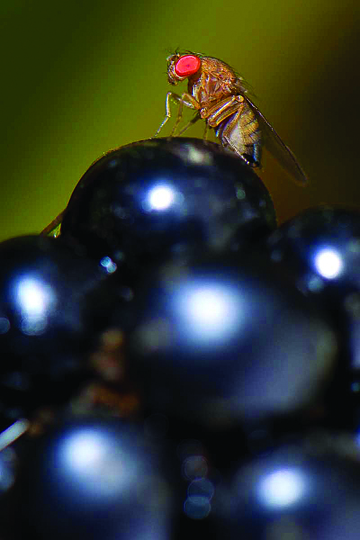 When it comes to invasive insects, much of our attention is directed toward those that cause a great deal of damage, such as Japanese beetles and emerald ash borer. However, there are some other invasive insects present in Illinois of which you should be aware.

Asian tiger mosquitoes get their name due to their white and black color pattern. Adults have black and white bands on their legs and a white stripe running down the center of their heads.

Asian tiger mosquitoes are daytime feeders. They are commonly found in shaded areas where they will rest on foliage near the ground. While they may not have particularly painful bites, they are persistent.

In addition to their annoying bites, these insects can carry and transmit Zika, dengue or chikungunya viruses. However, they aren’t nearly as efficient vectors of these diseases as some other species of mosquitoes and are not currently a concern in Illinois.

Females will lay eggs on the sides of water-holding containers like tires, birdbaths and tree holes. The eggs will hatch when they become covered in water, usually due to rain. The mosquitoes don’t fly very far. Therefore, eliminating egg-laying habitats will go a long way in reducing populations. Covering skin and using an insect repellent containing DEET, picaridin or lemongrass oil can help prevent bites from Asian tiger and other mosquitoes.

Spotted wing drosophila (SWD) was first found in the continental U.S. in 2008 in California. Since then, it has spread throughout the country, including to Illinois. It has likely been spread in infested fruits.

SWD is primarily a pest of fruits like strawberries, raspberries and blueberries. They will also attack fruit like cherries, peaches, grapes and tomatoes. It will also feed on “alternate” hosts such as elderberry, pokeweed and dogwood.

SWD are small flies (1/8 inch) with red eyes, a brown thorax and black stripes on the abdomen, like many other types of fruit flies. Male SWD will have a dark spot on their wings near the wing tip. Female SWD are a little harder to identify since they don’t have wing spots. They have a rather large ovipositor with serrations. These serrations allow the females to lay eggs in unripe fruit.

Good sanitation is important when it comes to managing SWD. Don’t leave damaged or overripe fruit in your garden. Instead, place the fruit in a clear bag and leave them in the sun to kill any flies that may be present. Insecticides can also be used to manage populations. Make sure to read and follow all label directions.

Good Growing Tip of the Week: To learn more about these and other invasive species in Illinois, check out the Good Growing blog at go.illinois.edu/GoodGrowing.