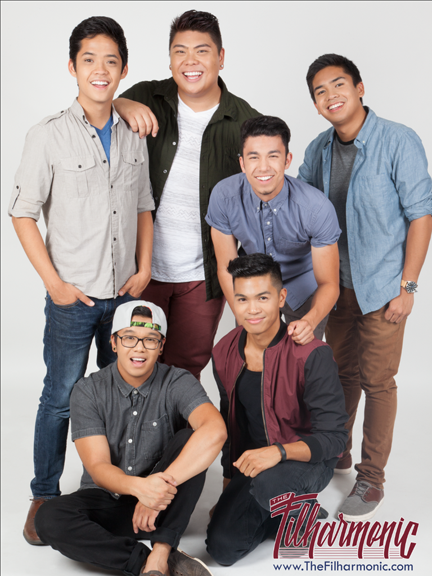 “We are The Filharmonic and that’s spelled with an F-I-L because we’re all…Filipino,” the group members introduced themselves after opening the show with a velvety smooth rendition of Nick Jonas’ “Chains.” The Filharmonic, an A cappella ensemble based from California, got their start as a group in the fourth season of NBC’s “The Sing-Off.” Originally consisting of Joe Caigoy, Jules Cruz, and Niko Del Rey, who all attended Mt. San Antonio College together, they were eventually joined by VJ Rosales, Trace Gaynor, and Barry Fortgang to create a blended band with a unique sound. The troupe were recently featured in the hit film Pitch Perfect 2 and are currently traveling from college to college as a part of their “Get Up snd Go” tour.

The Filharmonic possesses a novel sound that is altogether polished and ornate as it is embedded within their Filipino backgrounds. Although only five of the six members took the stage in Rammelkamp Chapel on Friday evening, the room was without void as their wholesome harmony filled every ear. From serenading specific audience members to dedicating Maroon 5’s “Sugar” to Oreo fluff, the guys didn’t waste a chance to wow the crowd and make certain to allow the audience to participate in their fun whenever they had the chance. From cover to cover, the band outdid themselves with each song they performed, and they especially irradiated when they sang their original piece “Get Up and Go” for which their tour is named after.

As I sat in the pew and watched these men on stage, it seemed that no member was more prominent than the other and the group maintained a true team effort of equal parts. As they discussed their process of learning new songs one of the members replied, “We know how to organize it, it’s all about just coming together and figuring out what sounds best.” Their performance on Friday proved that The Filharmonic indeed knows how to find the right pitch.

When asked about their plans for the future, The Filharmonic hope that one day they’ll get to share their original music with the world. As one can imagine, the group is most certainly having their fill of joy and fatigue as they continue their tour across America’s college campuses. “The hard work is the traveling…but once you’re actually on the stage performing, it doesn’t feel like work,” Cruz shared. For the band, it seems that their chance to sing in front of a crowd surpasses their lack of sleep, and when you see them on stage, their love for their art is transparent. When asked if singing ceaselessly feels like hard work, Caigoy said, “When people would say, ‘Oh, what do you do for fun?’ I used to tell them I sing…They ask me now what do you do for fun and…I guess I still sing.”

After an amazing performance Friday night, it is evident that The Filharmonic are indeed onto bigger and greater things. I can say that those in Jacksonville who were able to attend the event left Rammelkamp Chapel utterly astonished by their harmonious presence.