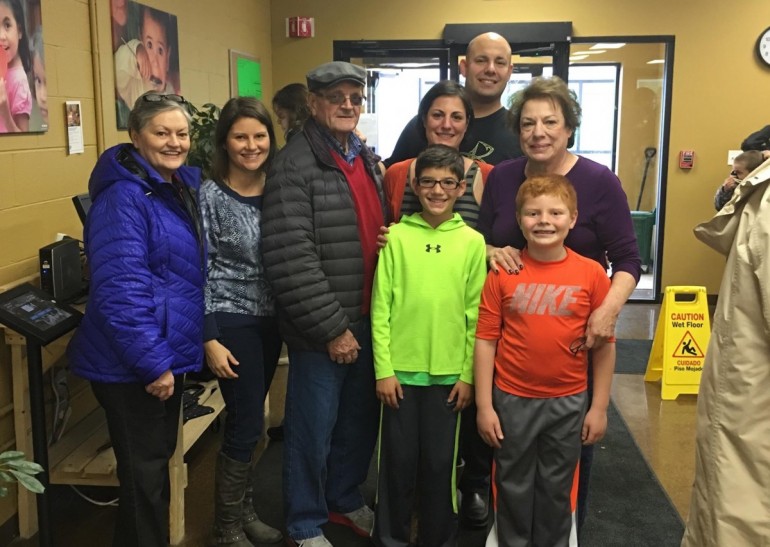 The great Dalai Lama has been quoted as saying, “Just as ripples spread out when a single pebble is dropped into water, the actions of individuals can have far-reaching effects.” Recently, while volunteering with the charity Feed My Starving Children, Jacksonville residents Bob and Kay Black had the opportunity to be that pebble.

Feed My Starving Children is a non-for-profit Christian organization headquartered in Coon Rapids, Minnesota with multiple locations in Illinois, Minnesota, and Arizona. Founded in 1987, the charity strives to eliminate starvation in children throughout the world by helping to instill compassion in people to hear and respond to the cries of those in need. Specifically, the organization operates by having volunteers pack meals for malnourished children, and sending the meals around the world. The food is then distributed in orphanages, schools, clinics and feeding programs to break the cycle of poverty. To date, the food has reached more than 70 countries.

The Black’s first heard about this program from their daughter, Courtenay Casaccio, who resides in the Chicago Suburbs. “My daughter originally volunteered with Feed My Starving Children through her company, Stericycle. After that, she and her family volunteered a couple of times. So, Bob and I were coming up for Christmas and she thought it might be a fun thing for all of us to do together,” shared Kay Black. 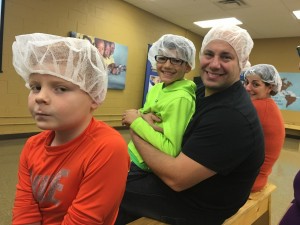 And fun it was, indeed. Bob and Kay Black, their daughter Courtenay, her husband Jack and the Black’s grandsons, Jack and Max, along with family members Luna Casaccio and Lauren Lason volunteered at Feed My Starving Children’s Libertyvile, Illinois location. On that specific day, all of the prepared meals were sent to Central America.

“The meals go to various countries, but on our particular day all of the food boxed up went to the children of Nicaragua.” Kay continued, “Rarely do the meals go to children in the United States because they don’t meet the criteria. This is for people who are literally starving to death and have no other means for food.”

Upon arrival at the facility the Black Family participated in an orientation. Admittedly, Kay Black felt silly wearing a hair net, a requirement for all volunteers handling food, but was quickly humbled after learning about the individuals who would receive these meals.

“When you see the pictures during the orientation of what this organization has done for the children and some of the villages they live in; it just makes you feel so good about what you’re going to be doing,” confessed Kay.

With eight members present in the Black’s party, the group was able to take up an entire table and pack the meals in an assembly line fashion. Each meal pack contained rice, dried vegetables, soy, and vitamins.

Kay added, “There are no instructions on how to fix the food because they go to so many countries speaking different languages. Our leader said almost everyone knows how to cook rice so no directions are needed.” 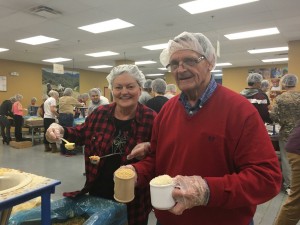 Bob and Kay Black. Kay is adding dried vegetables and vitamins and Bob is adding rice and soy.

Not only are children in third world countries positively impacted by this organization, but it also leaves a lasting impression on “the pebbles.”

“We would love to do it again. Our grandsons have already volunteered there several times. In fact, they each took some of their own money and donated it to the organization.”

Of the total donations received by Feed My Starving Children, 92% goes directly to the food program. To volunteer with the organization or to donate monetarily please visit the organization’s website at www.fmsc.org.