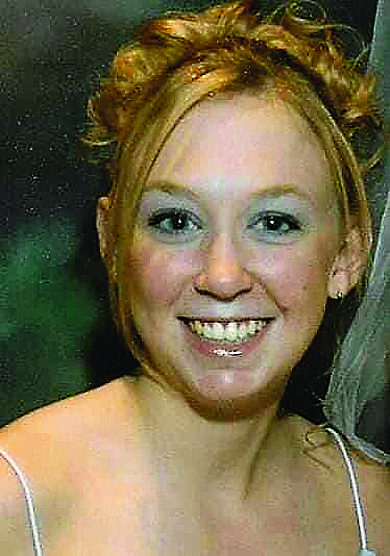 When it comes to a community supporting one another, Winchester tops the charts. It is a selfless act to give during a time of mourning but even more so to give back to the community for the enjoyment of others. ♥

My sincere condolences to the Paslay Family … Six months ago, Laura Paslay, 34, a Winchester native and a 2004 graduate of Winchester High School, passed away suddenly after an illness. Her parents, Janet and RJ Paslay arranged an auction, with the help of the Winchester Park and Recreation Committee plan, to pay for new playground equipment to honor Paslay’s love of children and the outdoors.

Most of us have had the honor of having Señora Paslay as our Spanish teacher at Winchester High School and she has devoted her time to sewing baby blankets with Scott County Quilters every year since she retired. They are for babies and children admitted to Passavant Hospital. She does so much for our community, is the president of St. Mark’s Altar Society and makes angel gowns for babies who still born or pass away soon after birth. Her husband, RJ Paslay is a friend of mine and always lends a helping hand when I need it.

Janet Paslay stated she received a letter from Tennessee Donor Services, “through Laura’s authorization she was able to donate her corneas, heart valves and bone tissues. It gives us some peace that she may help approximately 20 people improve their quality of life.”

Paslay continued, “Words are not adequate to thank all of you for donating and bidding in the auction for playground equipment in memory of our sweet and bubbly Laura. The response has been amazing, and we are so grateful for all your support.  When I posted a short note on FB at the end of December, I just wanted to thank everyone for their donations at that point, even though we had nowhere near the amount needed to pay for the slide, installation, mulch, etc. It is said that God will provide, and He certainly did. So, he nudged one of his earth angels, Shelby (Craig) Thatcher, from Winchester and she asked me if she could start this auction. It has really surpassed anything I could have imagined. With the dismal financial year that 2020 was, I truly am astonished by the responses from individuals and small businesses alike, not only in the auction but with individual donations as well. I believe Laura is smiling at the love you have shown to her and our family. This auction has been nothing short of a miracle and we are so very grateful for all of you and the playground equipment that is being built by love. Thank you, thank you, thank you! May God richly bless you for your kindness!”

Currently, Shelby Thatcher, a longtime family friend has put together an auction of donated services and items to go towards The Laura Paslay Memorial Playground. She contributed her time because she has mourned the deaths of two close friends’ children and can truly feel the pain of a mother’s love for her child.

Thatcher says, “My compassion and sympathy run very deep whenever I hear of any mom losing a child now. I saw the pain so upfront and center. I felt it so closely. It is a horrible feeling. Not that I did not care or feel sad before, but it hit so close to home. Even though it was not MY baby, it was as close as it could get without being mine, I felt. So, ever since, I just have really taken seriously when a woman loses a child. When Laura passed away, I felt this same compassion for Señora Paslay. I cannot explain the emotions that were there between us when I saw her and we embraced, but words cannot describe it. I felt her pain, and I believe she knew someone felt hers. From that time on, I just prayed for her and she did not leave my mind. So, when I learned that Señora and RJ were short on the funds for the memorial playground, it just came instantly to me to do an auction to raise the money.”

Auction items were donated from various businesses and individuals in the community. At the end of the auction, over $12,000 was raised. The initial estimated costs for the equipment and labor are $15,000.  Donations can be made directly to the