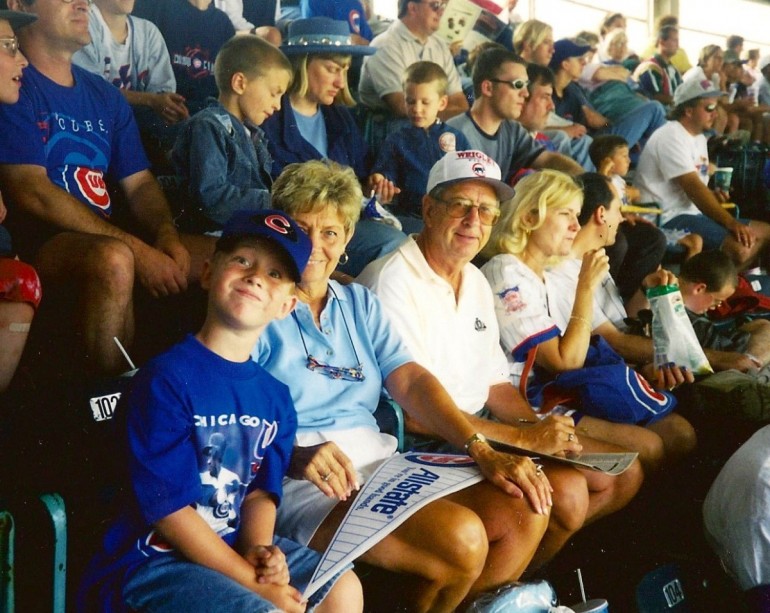 There are a few things I need to explain before I completely spill my heart (it pumps Cubs-blue blood) out onto these few pages. Context: the article that you’re currently reading has to be finished, at the very latest, by the afternoon of October 7, and as some of you might know, that same night, the Chicago Cubs and Pittsburgh Pirates will play a one-game, single-elimination, heart attack-inducing, Wild Card playoff series, scheduled for a 7 p.m. start at Pittsburgh’s PNC Park. Thus, by the time anyone gets their hands on this piece, the outcome of said game will have already been decided. Yet, at this writing, I have absolutely no idea what’s going to happen. And being an irrationally obsessive Cubs fan – meaning that of all 162 games this season, I’ve either watched or listened to roughly 155 of them – I am currently freaking out.

WARNING: the next sentence you’re about to read contains sarcasm, so let’s not get all worked up. Now, I realize that most of my audience is loyal to the St. Louis Cardinals baseball organization, and that’s fine, you’re all big girls, and you can make your own decisions, just know that you’re wrong.

Okay, calm down, I had to take at least one jab at you guys. Truthfully, there’s no better place for a baseball fanatic to live than central Illinois: we’ve got the small market, yet traditionally dominant Cardinals, the “sorry-but-nobody-cares-enough” White Sox, who play in something called the “American League,” and finally, everyone’s favorite lovable losers, the Chicago Cubs. In fact, growing up here creates the possibility that, by some geographic miracle, a Cardinals fan and a Cubs fan might fall in love and have two children, both of which are likely to have a confusing childhood, at least in terms of baseball loyalty. Yes, that’s what happened to my brother and me. We grew up with a father who loved the Cardinals, a mother who adored the Cubs – and with one enormous decision to make. My brother chose the Cardinals (and eternal fatherly love). I chose the Cubs (and matriarchy). 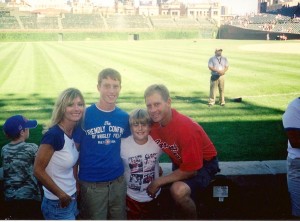 And now for a brief history of both franchises. Here’s a small little fact that I imagine most of my readers had forgotten until now: the Cubs’ last World Series title came in 1908, while the Cardinals, during that same span, have collected 12 world championships. Oh, what’s that? You did remember such trivial matters? Great. Moving on.

This year’s National League Central division is unquestionably one of the best divisions in the history of Major League Baseball. At this writing, The Cardinals, Pirates and Cubs all have 94 wins or more – the last time one division had three teams with records this good was in 1977, when the Yankees, Orioles and Red Sox all finished with records of 97 wins or better. And while it’s made for some incredibly competitive baseball down the stretch, it’s been insanely frustrating for Cubs’ fans, whose team still sits in third place despite winning 21 more games than last year’s squad. What this all means is, the Pirates and Cubs, despite having better records than the two other division-winners, the Dodgers and Mets, will square off in a one-game Wild Card to decide who takes on St. Louis in the National League Division Series. So in essence, the best division in baseball this year (and for the past 40 years) will essentially cannibalize itself down to one team by the end of the month … yay.

Anyway, now that we’re clear on what the big picture looks like, let’s get back to me, the one who’s been breathing into a brown paper bag since the first paragraph. Of all my favorite sports’ teams, the Cubs are my one true love. Spring Training – which I sadly prefer over either the NBA or NHL playoffs – feels like it started yesterday. The first week in April, when the MLB season started with – you guessed it – the Cardinals and Cubs squaring off at Wrigley Field, feels like last week. For the past 6 months, I’ve been sitting in front of my TV, tuned into the radio broadcast or watching little digital players on my computer screen, hoping that the Cubs would put together, at the very least, a respectable season. Now, having gone through the entire cycle of, “Yay it’s spring, we can finally wear shorts again,” to “It’s so hot right now I can’t even breathe,” back to “Where are all my hoodies?” the Cubs have done more than simply play decent baseball. They’ve played considerably good baseball. They’ve provided me with more than a handful of moments that I will truly never forget. I’ve seen, or heard, or looked up the highlights to all of them (some more than once). And now, it could all come to an abrupt end on Wednesday night in Pittsburgh. Just like that. Someone pass me the anxiety medication. 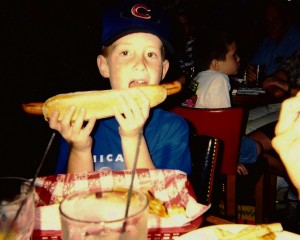 If the Cubs do pull off a victory in the Wild Card game (again, you’ll know whether or not they’ve done so by now), that means a five-game Cardinals vs. Cubs National League Division Series, and inevitably, a chaotic amount of tension between the two faithful throughout the state of Illinois. Which would be awesome, except for the fact that I’d probably have to move out of my apartment for a week in order to avoid the possibility of losing my best friend and roommate (he’s a die-hard redbirds fan). In the meantime, I hope you’ve had some fun at my expense. May the baseball gods have mercy on my Cubs-loving soul.