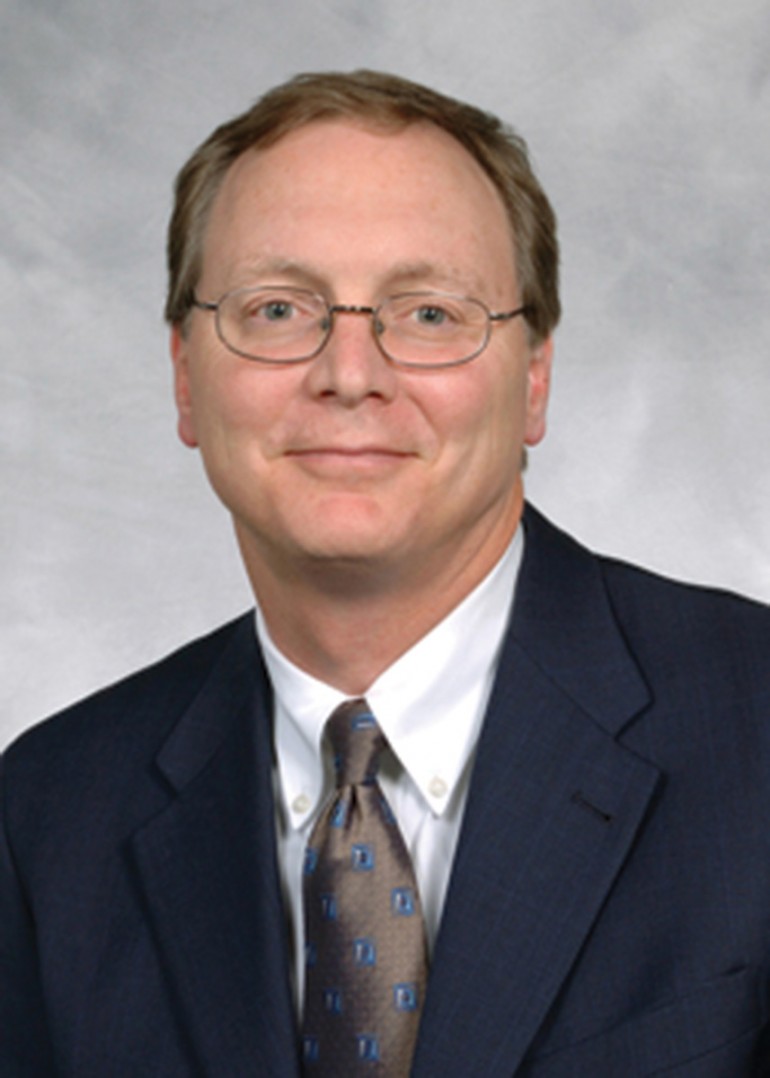 On April 1st, 2014 Passavant Area Hospital officially became an affiliate of Memorial Health System. The date also marked the first day on the job for Passavant’s new CEO Dr. Doug Rahn. Rahn has had a busy, yet exciting first few months at Passavant, and welcomes the challenges that accompany his new role.

Rahn came to Passavant with over 30 years of experience in the field of health care. As an Auburn High School graduate, he began his early career at Springfield’s Memorial Healthy System. He then went on to become CEO for two hospitals in Michigan, and also served as Chief Operating Officer for a health system in Florida. In 2006, Rahn’s professional career came full circle when he returned to Memorial Health System to serve as their Vice President and Chief Operating Officer.

“I started at Memorial right out of high school, working as a respiratory therapy student. I started at the clinical side, taking care of patients, and then switched to the administrative side shortly thereafter. It’s just kind of ironic that I started out at Memorial and then ended up coming back,” said Rahn.

While serving Memorial Health System, Rahn was able to assist with the affiliation process of Passavant Area Hospital. It was during that period that Rahn began considering the possibility of applying for the roll of Passavant’s CEO.

“As we worked on the affiliation with Passavant Area Hospital I got to know a lot more about the organization, the medical staff, and people involved with the hospital. I felt that this would be a great fit for not only my experience, but also my family situation. It was also a good fit for Memorial Health System,” stated Rahn.

Since April, Rahn’s schedule has been filled with meetings that have enabled him to better know Passavant’s employees and medical staff, as well as leaders in the community. “I’ve really spent the first 100 days focusing on listening to what’s important to the organization, to our patients and our physicians, and starting to access what opportunities we have to grow. We’re looking at what new services we can bring to the community, including immediate needs, and starting to work on some longer term plans,” explained Rahn.

Due to the Health Care Reform, Rahn notes that Passavant, like all hospitals across the country, will likely be experiencing several changes over the next few years. “We are expecting to take care of more patients because more people will have insurance.” Rahn continued, “We also expect to be held to performance incentives by the government, in terms of outcomes. Honestly, we welcome those incentives. We are looking forward to those being implemented.”

While Rahn has been busy planning for the future, he has also been relishing in the present. Rahn, along with his wife Mickie, whose family is originally from rural Morgan Country, now reside on a small farm near Murrayville. The Rahns are the parents of three grown sons, and are enjoying being back in Central Illinois.

“It’s fantastic to be back in the area and closer to family,” Rahn shared. “It’s always been home. Even with living in Michigan and Florida, this is always where we came when we had extra time. It’s a pleasure being back.”