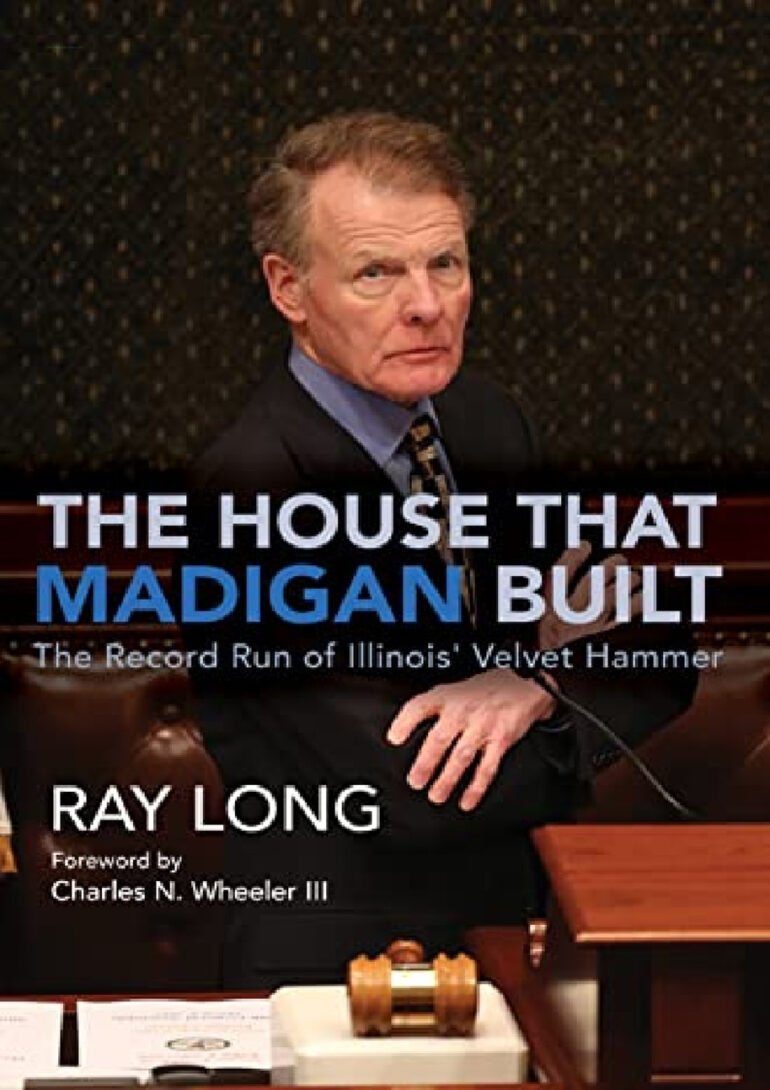 Alice’s Attic in Winchester, located on the south side of the downtown square in the space of the old post office, will be the site for a hometown native to sign his recently published book, “The House That Madigan Built.”

On Saturday, June 11, starting at 9 a.m. and running until the event naturally finishes, Ray Long will be at Alice’s Attic to autograph his first published work. Long, a 1976 graduate of Winchester High School, has been working for the Chicago Tribune for the last 24 years as a political investigative reporter. This book is a culmination of the work he did investigating Michael J. Madigan, former Illinois House speaker. Madigan is now one of the most significant Illinois politicians to face criminal charges.

The southwest side Chicago Democrat, also known as the “Velvet Hammer” for his quiet but forceful use of power, had held his seat in the House of Representatives since 1971 and served as speaker of the house all but two years between 1983 and 2020. While the federal corruption investigation was going on, Long was covering the investigation for the Tribune. Long said that it took a little over two years to write and another year to go through the publishing process for “The House That Madigan Built.” The book was published on March 22, and it will be available for purchase at the book signing for $30.

Indicted by a grand jury on March 2, the 79-year-old Madigan faces 22 federal charges relating to racketeering, bribery and attempted extortion. A lot of the allegations centered around using his political power to obtain bribes and steer business toward his private Chicago law firm. Madigan illegally influenced the Commonwealth Edison Company, a northern Illinois primary electric utility, and it supported him in return. His 38-year reign as speaker is the longest tenure for a state speaker in modern U.S. history.

While Long has served as an investigative reporter with the Chicago Tribune for the last 24 years, his career has spanned 41 years. During that time, he has focused on government and political coverage. Over his career, he has been a two-time finalist for the Pulitzer Prize. He has won numerous local and national reporting contests, including those from The Associated Press, National Press Club and the National Headliner Awards. He previously worked in the newspaper’s Illinois Capitol bureau in Springfield, where he exposed corruption, pork barrel abuses, pension scams and political scandals.

Long covered six governors, including two who went to prison and one senator who advanced to The White House. He covered Chicago City Hall, the Cook County Board, courts and state government for the Chicago Sun-Times, and covered local, state and federal beats for the Peoria Journal Star. Long was inducted into the Public Affairs Reporting Hall of Fame at the University of Illinois Springfield in 2008. A year later, was inducted into the Journalism Hall of Fame at Eastern Illinois University (EIU) and won EIU’s reporter of the year award.