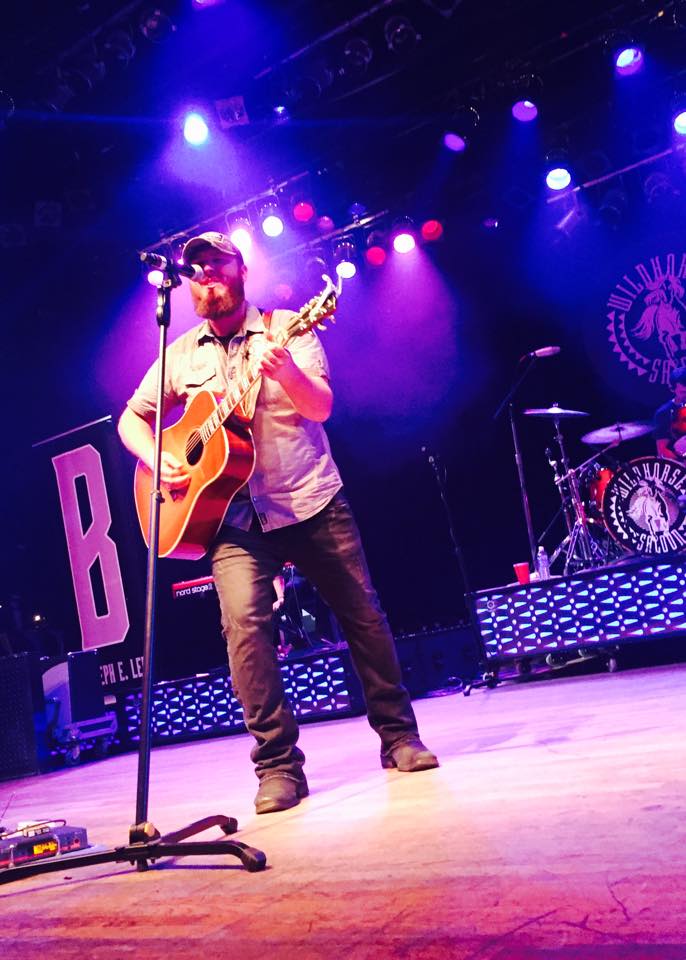 Question: what does civil engineering and country rock music have in common? Answer: Brock Jones, lead vocalist for the Beardstown-based band Broseph E. Lee and civil engineer at Benton & Associates Inc. If the name “Broseph E. Lee” sounds familiar to you, you’re not alone. The six-member crew out of west central Illinois has been gaining popularity not just in their home state, but increasingly throughout the Midwest, with tour dates from Wisconsin to Kansas – and even an upcoming date scheduled in Bozeman, Montana. Since their inception in early 2013, Broseph E. Lee has delivered two EPs (short for extended play), beginning with the release of their self-titled debut in March of 2013, to their latest compilation, entitled “Fill ‘Em On Up,” in May of 2015. Combine all of the writing, recording and production that goes into making their own music, as well as a jam-packed touring schedule, the members of Broseph E. Lee are left with little time for non-music related activities. Well, that is unless your name is Brock Jones.

When Jones isn’t busy playing the role of front man for an ever-growing country rock band, much of his time is spent in a cubicle at Benton & Associates’ Jacksonville location, utilizing his civil engineering degree that he received from Southern Illinois University at Edwardsville. Between life on stage and life in the office, Jones still finds a way to balance both talent and intellect – a dynamic that is both rare and compelling. 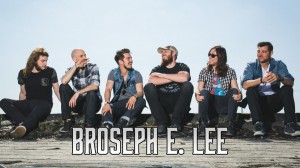 “It’s two completely different worlds – being in a cubicle crunching numbers during the day, then playing in front of a lot of people at night, trying to entertain people, it’s pretty wild,” Jones said of his double life. “Basically I went to (Benton & Associates) and told them I had an opportunity here that I didn’t want to pass up, and they supported it and wanted me to go for it. I went from salary to hourly, so I’m still technically considered full time, but I just give them my schedule a month ahead of time and then I try to work as many hours as I can while I’m there. They’ve been super flexible; I’m really lucky to have a company like that behind me.”

Originally, back in 2011, Broseph E. Lee started out as a small acoustic assemblage comprised of Jones and his friends Chris Yost (still with the band) and Russell Orrill, who eventually parted ways with the band to pursue his career as a lobbyist for the Illinois Farm Bureau.

“That’s where we got the name from,” said Jones of the band’s unique name. “‘Broseph’ is just another name for a friend or a brother, and my buddy Russell’s middle name is Lee, and mine is Edwin, so that’s where the ‘E. Lee’ comes from.”

“The group we have now has been together for about two years, but Chris (Yost), who’s also from Beardstown, has been involved since the beginning really,” Jones said of the group. “And then the other four band members we met through mutual friends at college down in Edwardsville. Me and Chris and some of the guys went to Edwardsville and then a few of the guys went to Greenville (College), and so that’s how we got together.”

With their growing popularity – thanks in large part to winning the Concert in the Cornfield Battle of the Bands, hosted by 93.7 The Bull out of St. Louis – Broseph has had the opportunity to open for several of country music’s biggest names. Among some of the more famous groups for whom they’ve opened for include: Big & Rich, Phil Vassar, Keith Anderson, Cole Swindell and more.

“(Winning the Battle of the Bands) was another big step for us because 93.7 The Bull out of St. Louis is the biggest country station down there,” Jones said of the band’s increased exposure. “Everybody that we’ve played with is so cool and so supportive of the underdog, you know. They’ve been where we are now so they have nothing but encouragement for what we’re trying to do, which is really cool to see. We played with Dustin Lynch in Rushville last Fourth of July and it just came to our attention about a week ago that he is wearing our shirts on stage at his shows.”

Jones, now 28 years old, says his love for music dates back to his younger when he first began singing in Church, and later, in the Beardstown High School choir. Yet it wasn’t until he was about seven or eight years ago that he picked up his first guitar. When asked what prompted him to further pursue a career in music, Jones, in his good-humored way, said: “I don’t really know, I guess the only reason I got into it was for free drinks at a bar.”

What started as a fun experiment with a few of his close friends, the band has suddenly found itself becoming more and more of a household name. “It’s been a wild ride, from two years ago when we weren’t even really that good of a band, and with a lot of practice and a lot of breaks we kind of hit our stride a little bit,” said Jones. “The fans have been really supportive, especially from around the Beardstown area. Before we made this EP we had a fundraiser in Beardstown and we raised enough money to completely pay for the recording and the production of the CD, so that was completely fan-funded which is really awesome.”

Between the writing, recording and touring with the band, as well as his job at Benton & Associates, Jones’ schedule rarely allows for him to get away from it all. Yet despite his non-stop world of being a rock star/engineer, Jones still finds time for the truly important things in life.

““If we’re home during the week I’m working every day during the day and we’re still practicing every night, so there’s not really a whole lot of time for other things,” noted Jones. “But if there is (extra time), I’m spending it with family and my friends outside of the band. I see the guys in the band everyday no matter what, so if I get a chance to go hang out with my family that’s definitely where I go.”