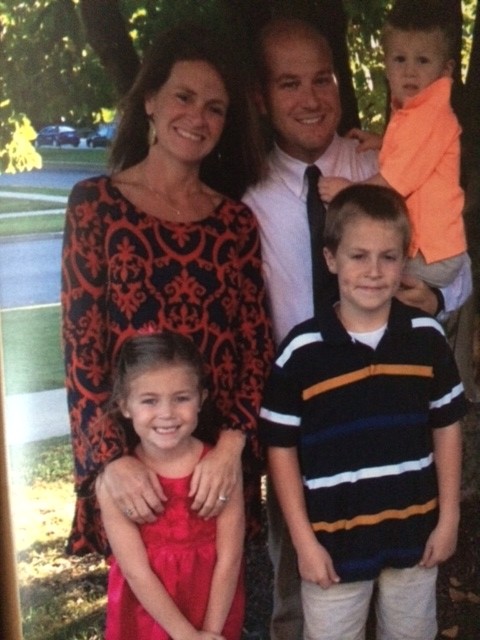 A former J’ette (and Jacksonville native) has coached the Jacksonville High School dance team for the past 14 years. In 2000, Tiffany Hickox was offered the coaching position by her own former coach, Jan Ryan, and has been dedicating her time to helping young dancers develop their skills ever since. With her guidance, the team has won 2 state champions—one in 2004 and one in 2007—that were choreographed by the team and without any hired help.

But before her coaching career began, Hickox attended Southern Illinois University-Carbondale where she studied to become a paralegal. While there, she continued to pursue dance with her sorority. Two years after graduating, she decided to return to college to get her K-9 teaching certificate from the University of Illinois at Springfield, and taught Humanities at Turner Junior High School up until last year—when she put her Master’s Degree (earned in ’07) to use as a Reading Specialist at the same school.

“I was never the top dancer when I was younger, but I could never get enough of it,” Hickox said of her own time as a J’ette. Under Coach Jan Ryan, Hickox’s high school team won seven state championships in the Prop and Pom categories.

Since Hickox took over the coaching position, she’s had help and guidance from several women including Suzanne Verticchio, Paula Herget, and Jessica Wainman, who supported both her and the team.  “Whether it was parenting, coaching, or life advice, I respected what these women taught me. They helped me become the coach/woman I am today,” she said.

This year, the J’ettes are back up to a larger squad with 25 dancers on the team—doubling in size from last year. Hickox is impressed with the skill level of this year’s dancers as well as their group performance abilities she’s seen this summer at camp.

When Hickox is not coaching, you’ll find her spending time with her husband Jason and their three children: Riley (10), Lily (6), and Easton (2). Riley keeps them busy with traveling baseball and soccer and Lily pursues her love of dancing at Sara’s Studio of Dance. Easton keeps them busy just being a two-year-old. Together, Tiffany and Jason have worked together to find a balance between work, family, and coaching.

How has coaching changed for Hickox over the years? She’s learned that being number one comes after making sure the girls are proud of what they’ve achieved on the team. For the team members, it’s more about the experience, growing both mentally and within their abilities, and being part of a long tradition of a successful team.

As a former J’ette myself who benefitted from Hickox’s coaching, I can tell you this: She knows how to make being a J’ette a fun experience with a competitive spirit. She knows how to push to make you better than you think you can be. She stays out late on school nights to work with a gym full of sweaty girls. She gives her weekends to camps and dance competitions and to the girls and their families who really want to participate. She’s selfless, smart, and encouraging. And most certainly, she’s interesting.