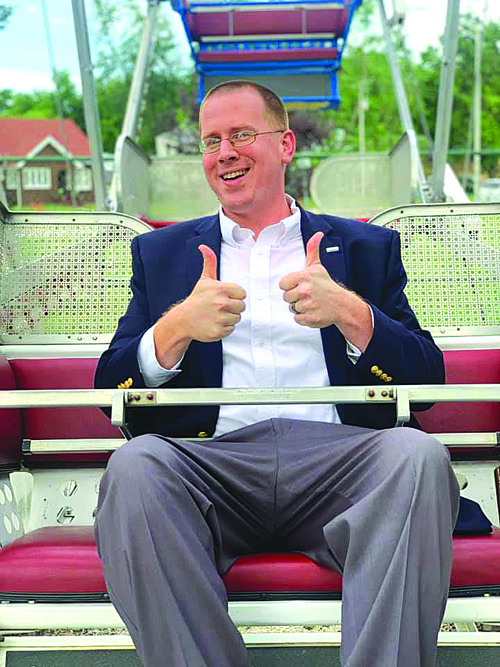 Ryan Byers, attorney at Rammelkamp Bradney in Jacksonville and Springfield, recently assumed the role of Governor of Rotary District 6460 for the 2021-2022 year.

District 6460 is a large portion of western Illinois from Galesburg to Edwardsville and includes communities from Peoria and Springfield to the Illinois River. There are 47 Rotary clubs and nearly 2,000 Rotary members in District 6460.

Jacksonville is home to two Rotary clubs which serve the community through projects such as food distribution, school partnerships, improving local parks, running the Community Park Ferris Wheel, planting trees, organizing the Independence Day parade, and hosting and sponsoring international exchange students. They also are part of the world-wide effort to eradicate Polio. There are currently only two countries where polio remains.

Byers’ responsibilities will include growing the membership of the Rotary clubs in his district, supporting the Rotary International President’s goals, and providing leadership for clubs as they pursue their service projects and fundraising.