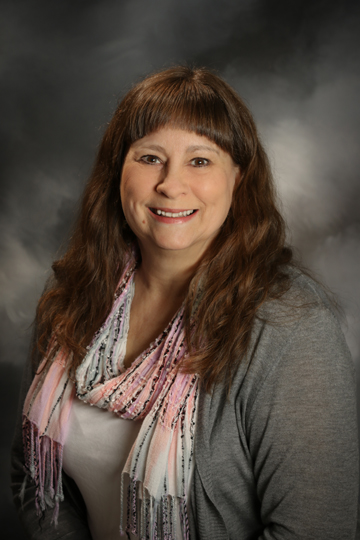 On April 30, Sue Ann Mullen, retired from the Office of the Secretary of State’s Department of Motor Vehicles’ Jacksonville location after 20 years of service on April 30. After being up at 6 a.m. to be at work and open by 8 in the morning, Mullen says she will enjoy sleeping in.

“It’s been a whirlwind! We went to the Brass Door in Carrollton for prime Rib to celebrate. It was fabulous!”

Mullen notes, “I will miss my girls at the DMV. They are fabulous! We all get along very well and that is why we functioned so well together, I guess. Our manager, Jennifer, has been with the Secretary of State’s office for over 30 years. Throughout my time there I have enjoyed waiting on the public and most people are kind and easy to talk to, but after 20 years of standing on my feet eight hours a day, it was time.”

Besides the three state-required closures for COVID-19, Mullen says, “There was only one day we didn’t open the office due to weather back in 2006 when we had so much snow that we couldn’t open the door and I still went to work. Well, my husband has a 4-wheel drive truck and I just live blocks from the facility. So I went, but I wasn’t going to open by myself. But the boss couldn’t get there, and he said, ‘Go home.’ So, I did.”

Mullen says, “When I told people I’m retiring, they say, ‘No, you’re my go-to girl.’ And I tell them any of the girls behind the counter are just as friendly and helpful as I am.”

Mullen is married to Michael W. Mullen and they have three children: “My son and two step kids and, actually, I have a son-in-law as well.”

She officially started her career at the DMV on May 1, 2002, as a temporary worker. Mullen says, “I was hired in December 2002 as in intermittent just to work part-time. And they wouldn’t hire me full-time.”

She explains, “I was only working Tuesday, Thursday and Saturday. I thought, I have to have something to keep me busy and my husband thought I would make a good realtor. So, I went to real estate school. I called my brother [Mike Oldenettel] and asked him where and who. I went and took my test and passed and called him and said, ‘Okay, I’m ready to go to work.’ He and Charlie Heitbrink were my bosses for ten years. They were great and we got along really well.”

Retirement is a transition about which she is excited: “I will enjoy concentrating on my other career, selling houses at RE/MAX full-time now, as well as just enjoying life and sleeping in.” Along with working full-time at the Secretary of State, Mullen also worked at RE/MAX for 19 of those years and will now continue that on a full-time basis.

Mullen says, “On top of retiring from the Secretary of State that week, on May 1 we moved the RE/MAX office to our new building at 1610 W. Lafayette! It’s across from the Morgan County Fairgrounds.”

Mullen has concentrated on residential real estate but can also do commercial real estate. She says she feels lucky and appreciates having Judy Eoff as the RE/MAX agency owner and her boss. “She has been really good to me,” says Mullen.

Mullen has been an active member of AMBUCS of Jacksonville for 19 years and has been vice president of the board for around five years. “With AMBUCS, we help create independence for those with disabilities,” explains Mullen. In addition, she was a League of Women Voters member until they dissolved the local chapter.

Mullen is now free to do some of the antiquing and garage sale shopping that she used to enjoy. She says she would also like to do more gardening, landscaping and spending more time outdoors now that she is down to one career instead of two.

We wish Sue Ann Mullen the best in all her future endeavors.