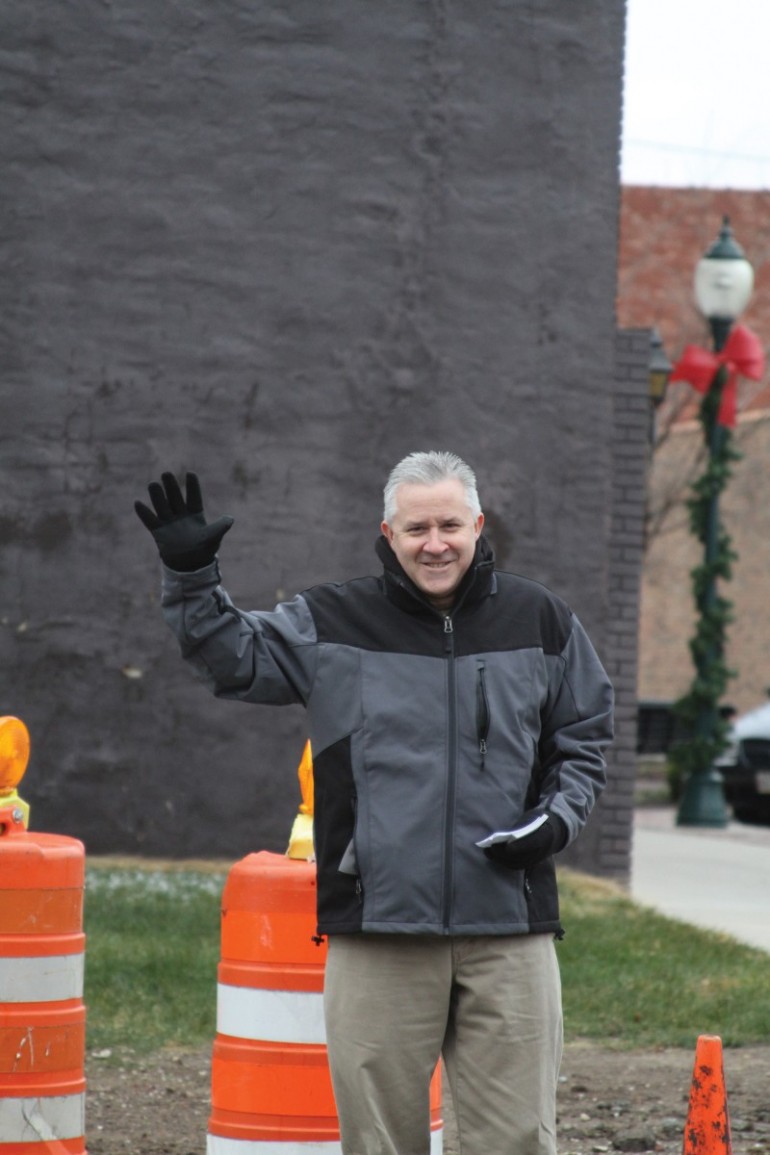 That greeting was given to drivers in downtown Jacksonville as North Main Street re-opened to traffic to the square.

The square-to-North Main connection follows the hookup of South Main to the square in 2012, and the renovation of the square itself in 2011. Construction on the North Main project began in the spring of this year.

“One of the things we constantly battle is sub-surface utilities, things people didn’t know were there, and conditions of exiting utilities that we aim to tie to that are in poorer shape than we thought,” says Burke. “Those were mostly the frustrations we’ve run into. All in all, this project has proceeded without any large issues.”

While there was no Downtown Celebration this morning like there was for the first two phases of this project, there was still a ceremony. 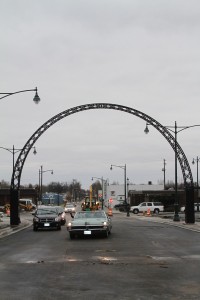 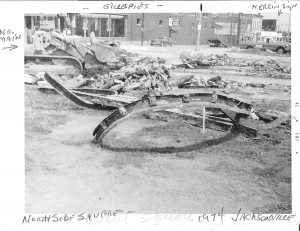 “It wasn’t really a tough selection. I mean, there’s a lot of players that saw this thing through, but these were the logical choices for me. They’ve been there from Day One, they pushed this project not in the greatest of times, and I’m just happy that they rode with me,” says Ezard.

“We had a lot of great back-and-forth conversation on getting this project done, and it wasn’t just one person. It was a community effort. We’re glad we opened it up this morning.”

Ezard jokes that he was going to initially take an SUV this morning due to the weather, but he was encouraged to ride in a convertible, which is what was chosen. Former Jacksonville Mayor Ron Tendick was also invited to ride this morning, but was unable to attend.

Judy Tighe, the executive director of Jacksonville Main Street, says she was optimistic this day would happen.

“I remember actually a little over 13 years ago when I got hired, that was one of the questions was, ‘Do you think that downtown streets could be re-opened in, say, 10 years?’ And I said, ‘Yeah, if we can all work together and get the funding, we can do anything,’” says Tighe.

“And this does show we can do anything when we all work together, and thankfully the grant money was there to get it started and we qualified, and everything fell into place.”

Tighe says opening North Main to the square makes it simpler to navigate through the city.