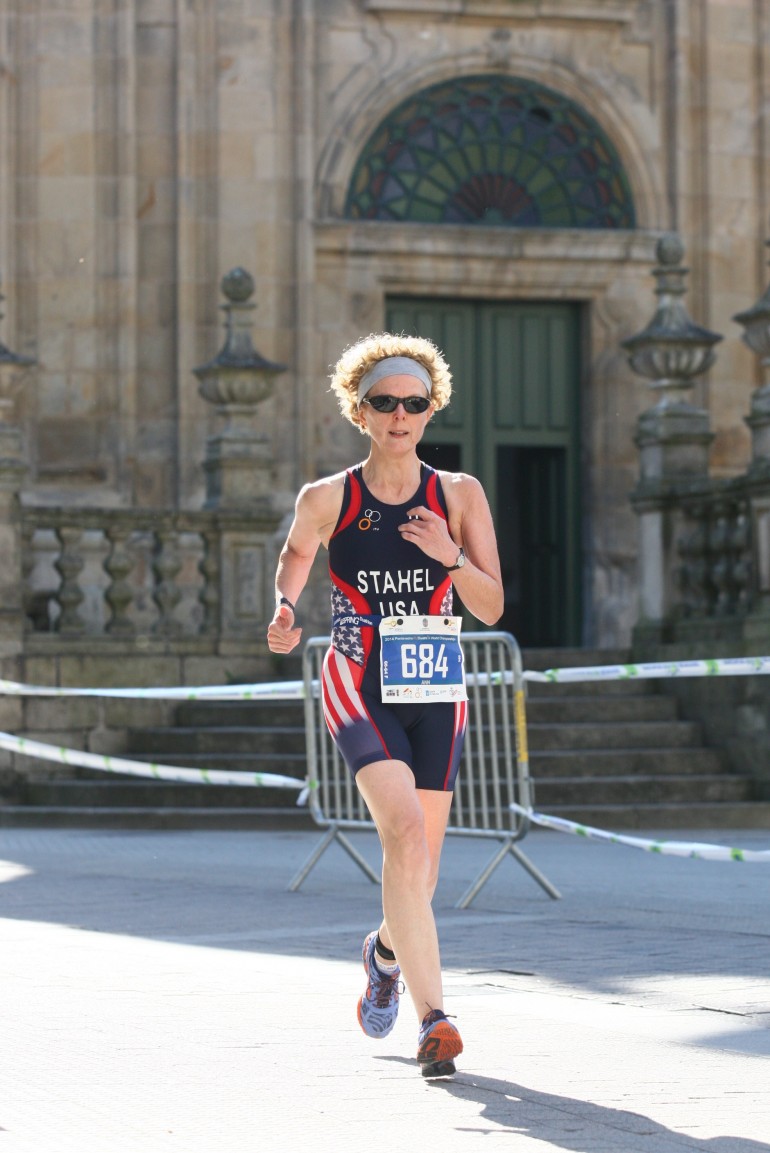 “I’m just normal. I don’t have a coach. I don’t lift weights for 14 hours every day. I have a job, which requires me to drive to Springfield daily, and I was still able to do this. People are just amazed that this kind of thing is even assessable to the average person. People who do these things often get put up on a pedestal, but they’re just like us, and I’m one of them!”

These are the words spoken by the very humble Ann Marie Stahel of South Jacksonville. While the only thing this 62 year old boasts about is her age, she has many other reasons to be proud. Stahel recently traveled to Spain and competed as a member of Team USA in the 2014 Sprint and Standard Duathlon World Championships.

At the celebration of her half century birthday, Stahel was overweight, and tired of constantly feeling sluggish. In an effort to challenge herself, she signed up for Passavant Area Hospital’s 5k Race, and began running for the first time in her life at the age of 50.  However, according to Stahel, the race was a bust.

“When I look back at that first race, I cringe and I laugh at the same time. Every part of my body hurt when I finished the race, and I couldn’t breathe. It was awful, but there was something about it that hooked me,” explained Stahel.

Stahel continued to run, and several years after her initial race, signed up for yet another five kilometer race. Much to her surprise, she was able to run the entire race with ease. Stahel continued to increase her distance, and even became a faster runner. By the age of 60, Stahel had managed to complete several five and ten kilometer races, as well as six half marathons.

Following Stahel’s 60th birthday, her chiropractor suggested she should switch up her routine by practicing another form of exercise. Stahel remembered enjoying biking as a young girl, so she decided to pick up that hobby again. Without doing any research, Stahel simply bought a bike.

“It was blue, it was pretty, and it was available on the floor, so I bought it. The bike just sat for most of the summer, because frankly, I didn’t know how to ride it. The bikes I rode as a child didn’t have all the gears nor hands breaks; it was just completely different,” stated Stahel.  “Finally, my son visited me, and he was the one who really encouraged me to learn to ride the bike and operate the various gears.”

After several months of riding her bike, Stahel signed up for her first biathlon race, an event that combines both biking and running. Stahel enjoyed this experience, and continued to participate in other local biathlon events. Stahel not only enjoyed these events, but she was doing very well in them, frequently winning first place in her age division. Due to her success, Stahel received an invitation to visit Tucson, Arizona and participate in a national level duathlon race, a term used interchangeably with biathlon race.

“I completely surprised myself at the national race this past October. It was the fastest I had ever run, and the fastest I had ever biked. I placed fourth in the nation for my age, and was invited to join Team USA and compete at the World Championship Race in Spain. I was jumping up and down and tears were streaming down my face,” Stahel recalled.

Stahel then spent this past winter training for the world championship race. Due to less than ideal weather, she was forced to train inside at Bob Freesen YMCA. Stahel is especially grateful for the training she received during her spinning classes, as it well prepared her for the steep mountain she encountered during her race in Spain. 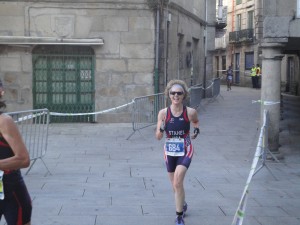 “During the actual race in Spain, I cycled up a mountain with winding curving roads, and no guard rails! I would look down and see nothing but rocks and the ocean, and look up to more of the mountain. I was up on my feet, just like in spinning class, for over 40 minutes,” stated Stahel.

Stahel went on to explain that while that race was invigorating, it was also very frightening. Many individuals were unable to finish the race, and several had to be pulled to safety after falling off the sides of the mountain. The average participant was traveling 60 miles per hour down the mountain. Stahel’s overall goal was to finish the race safely. She did just that, coming in 14th place in her age division.

“The Duathalon World Championship Race was a beautiful opportunity that was given to me, and I just thought I need to go to do that,” Stahel pronounced. “I’m just delighted. I’m so pleased and so blessed. The entire experience was just amazing!”

Amazing, certainly one word to describe Stahel, herself.