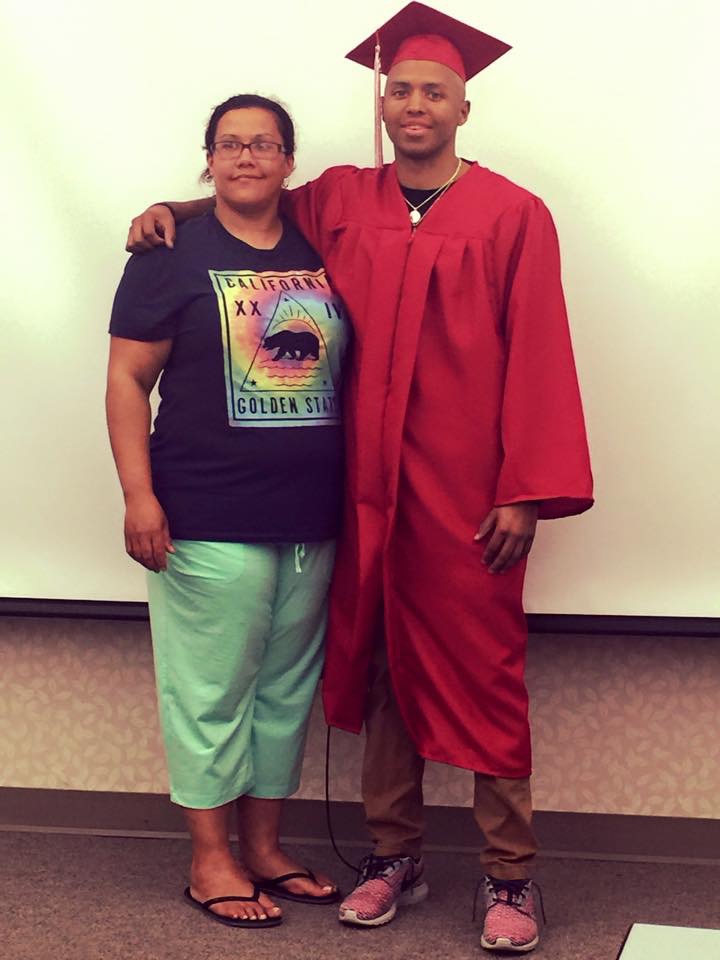 You can learn a lot about a person by their demeanor – the way they carry themselves, their posture, their facial expressions and the way they speak to you. Some people, as the saying goes, carry their emotions on their sleeve, becoming noticeably joyous or uncomfortable in their physical behavior or appearance. AJ Underwood is not one of these people. Often times in sports, the most intimidating player is the one who bears an expressionless face, never allowing an opponent to gain even the slightest mental advantage; this is who AJ Underwood is, in sports, and in life.

If you’re a follower of Jacksonville High School soccer, you’ve probably heard of or know AJ. Last fall, Underwood and his Crimson teammates led JHS to one of its most memorable seasons in school history, starting the year with 14 straight wins on the way to a final record of 19 wins and 3 losses. From his position as a midfielder, it’s impossible to miss him; he’s everywhere, constantly pressuring the opposition, fighting for every loose ball and every first touch, all while maintaining his mild-mannered visage. Ceaselessly self-confident and continually fighting, this is the way AJ Underwood plays the game he loves and the way he lives the life. And while some might say his life has drastically changed over the last two months, Underwood sees it differently. When he was diagnosed with acute myeloid leukemia on April 8, Underwood did what he’s always done, he continued to fight, he maintained the rare commodities of toughness and a positive attitude – the same values that have always carried him through. 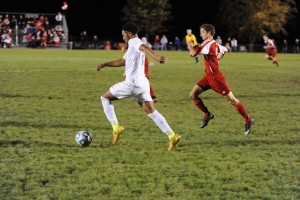 “I actually had a few knots on my legs Monday morning (April 6) and we didn’t know what they were, me and my mom thought they were mirsa or just an infection,” Underwood said of how he first heard the news. “So we went to Dr. Lillpop, and basically what he was telling us is that I might have leukemia. Tuesday, [Dr. Lillpop] sent us to St. Johns in Springfield and on Wednesday they told me I was diagnosed. My mom sort of took it in a bad way but, I’m a positive person so I took it just fine, just got to get through it.”

Before our meeting, Underwood and I had only exchanged a few texts here and there. I’d seen him play soccer and heard stories about his battle with leukemia and from what I could tell, he was an extremely strong individual, both mentally and physically. But I myself was unsure about how to talk about cancer. The night before we met in person, Underwood sent me a short text – only nine words – but it spoke volumes about the character of who I’d be interviewing. “Don’t be afraid to ask me any question tomorrow” the text read; it was simple and straightforward and I could tell it came from someone braver than myself.

As AJ told me his story, neither his conduct nor tone of voice ever changed. There was no hesitation in the way he talked about the leukemia or his fight against it. All of the positive energy I’d heard about was now sitting right in front of me.

“Really, none of it gets to me cause I have such a positive attitude,” said Underwood. “I still exercise on my bike, still go on walks. I do normal things, it’s just the medicine is helping me try to get better and cure cancer. I actually played in adult (soccer) league, two games, last week and in the men’s basketball league at the YMCA, so I’m not letting anything stop me from doing anything I used to do.” 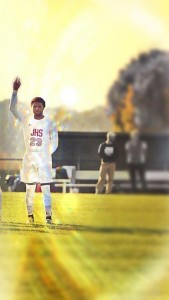 Photo/Special to The Source Newspaper
AJ Underwood being introduced before a game last fall at Jacksonville High School’s Alumni Field.

While Underwood continues to lead a normal life, the community – especially JHS and the Crimson soccer community – has come together and shown tremendous support. Towards the end of the school year, dozens of friends and classmates sported “Albie’s Army #23” t-shirts throughout the halls of JHS every Friday. Led by several families within the JHS soccer community, the Albie’s Army #23 movement has organized a number of events to help fund Underwood and his family’s medical bills. Along with the t-shirt sales, there will also be a benefit held at Jacksonville’s Community Park on Sunday, June 28, where a Blood Drive and Bone Marrow Match Program will take place. For those interested in donating, appointments can be scheduled by contacting Amy Albers at 217-370-1994 or by going online to www.bloodcenterimpact.org. It is also important to stress that appointments are not required, and that anyone who would like to donate can do so by simply attending the benefit.

“We wanted to do this for both AJ and his family, especially his mother, because I can’t imagine everything they must be going through,” said Amy Albers. “It’s really been a combined effort from the entire Jacksonville Soccer family. We have a group of parents of the senior players who are helping with everything that goes into the benefit and we see it as a great opportunity to raise awareness about the need for donations.”

Underwood is grateful for all of the support from his teammates, coaches and families, saying “Honestly, it’s like a big ‘thank you’. It shows how blessed you are and how much you’ve impacted people’s lives, that’s how I’ve looked at it.”

There are plenty of stories about athletes overcoming seemingly insurmountable obstacles and the inspiration that comes from those battles. Those stories, while often heard, are rarely tangible until they happen to someone you know. And with the support of Jacksonville and its soccer family, AJ Underwood’s battle with leukemia won’t be fought as a one-man army – even if it was, I’d still bet on number twenty-three.

What is it to “Be The Match” for AJ, or anyone in need?

The upcoming Be The Match Program and Blood drive event in support of AJ Underwood might interest you, but you aren’t sure of what it all means. Amanda Howie, Recruitment Development Coordinator—Marrow Program, at the Community Blood Service of Illinois, encourages people to research and “look around” on bethematch.org before the event this Sunday, June 28. AJ Underwood has acute myeloid leukemia and you just might be the soldier in Albie’s Army to be his match. Howie wants to “remind the public that to be on the registry means that you are willing to donate to anyone. AJ’s story is a reminder that this is happening every day to people all over the world.” For example, a person that joins the registry from Murrayville, Ill., may not be the match for Underwood, but instead for a young girl in Boston, Mass. Nonetheless, a registrant in St. Paul, Minn., could be a match for AJ. The chance that AJ’s ‘match’ walks in somewhere in the United States to register is very good. Caucasians find a match about 95 percent of the time and African Americans about 67 percent of the time, notes Howie. However, a person of mixed race falls somewhere between the two percentages generally. “You just never know what a person’s genes say,” adds Howie.

To register, a person must be 18 to 44 years of age and be able to go under anesthesia. Know too, that the Be The Match Program health requirements are totally different from those to give blood. It has been noted that the cells are more viable at a younger age; they engraft faster and the chance for any reaction is less. Howie has offered her knowledge to anyone with specific questions prior to the event, asking anyone to speak with her directly at (217) 531-0714.

So, what am I actually doing? Great question. At the registry, you are filling out an application and having your cheek swabbed. That’s it. No pain. The chance that you could be the match for someone like AJ is about 1 in 500, says Howie. Or, you might receive a phone call at some point to inform you that it looks like you’re a match for a 32-year-old male with Hodgkin’s-Lymphoma (as an example), asking if you would be able to come in and give a blood sample. There is often more than one person called, and from those matches, the BEST match is selected after results from the blood testing. At that point, there are two ways to give. Generally, it is a stem cell donation (close to 75 percent of donations). It will be done at a research hospital and you’d need to set aside a day. “If you are selected for donation,” says Howie, “you are looking at about 20 hours of your time.” That’s total…includes a physical, questionnaires, actual procedure, etc.. The other 25 percent of donors undergo a surgery, or bone marrow harvest procedure. The match is always under anesthesia and “most people wake up from that surgery and say they feel like they fell of ice,” assures Howie. The medical professionals take from two spots in your iliac crest (hip bone), and you could even go back to work the following day.

Register online if you can’t make it that day. Howie adds for those who want to join the drive, visit join.bethematch.org/AlbiesArmy by the end of the day on July 4. They simply send a cheek swab and directions to your home.