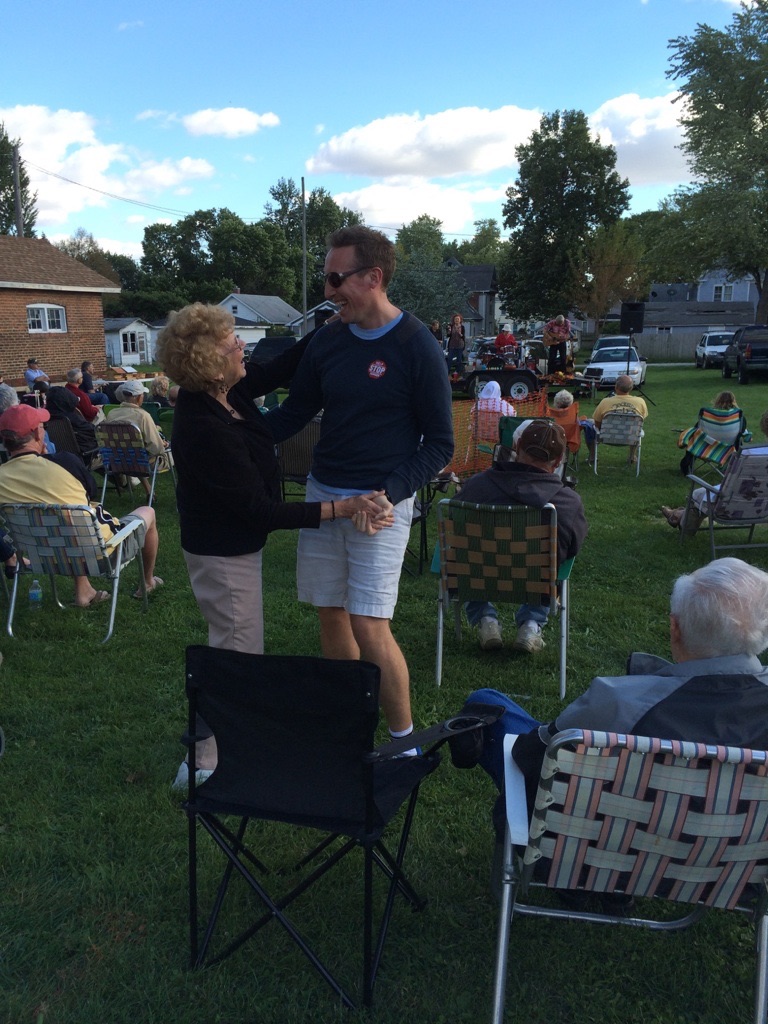 The smell of grilled food in the air, an array of homemade pies, music floating through the air and artistic vendors to explore at your leisure are all right around the corner. This September marks the second annual September Song, hosted by the Centenary United Methodist Church’s Evangelism Committee in Jacksonville. September Song will be held every Sunday this month from 4 p.m. to 6 p.m. on the south lawn of the church at 331 E. State St., with different entertainment for each Sunday. The public is invited to attend the free art fair, but there are costs for food and buying of artistic merchandise. Terri Benz, who came up with and presented the idea for September Song to the evangelism committee, is looking forward to the start of the art fair.

“We felt like it was such a success we decided to make it an annual event,” Benz said. “It is an overall celebration of fall.”

September 6, the Great Rivers Fife & Drums Corp is playing music, followed by Two by Two on September 13, Tapestry on September 20 and Mike Anderson on September 27. Great Rivers Fife & Drums Corp from Madison County dress in 18th century uniforms of a military regiment from New York. Two by Two is a gospel quartet from the Chapin/Arenzville area. Benz said last year the rock n’ roll band, Tapestry (of Jacksonville), had the biggest turn out. “People were dancing on the lawn with Tapestry playing,” she said. “It was a great year.”

Mike Anderson, a retired third grade teacher from Jacksonville’s Eisenhower Elementary School, is now a national storyteller. He also composes, sings and is a dulcimer performer. Benz said the Sunday he is at the art fair will be a good time to bring the kids. There will also be pumpkin painting and tie dying on September 27.

Artistic vendors gather from all over the area to have their merchandise for sell at September Song. Benz said there are a variety of wares for sale from soaps, silk flower arrangements or photography to bread making, stained glass and woodworking. Vendors came as far from Carlinville last year, and Springfield, too.

The ladies at the church make the homemade pies, which will be sold all four Sundays. Grilled food such as pork chops, hamburgers and brats will be available for purchase, as well.

Benz said it is a real team effort to put on the art fair. The evangelism committee is committed to always reaching out to the community. Benz said the public should come to the art fair because there should be an interconnection between the community and churches.

Benz modeled her idea to have the art fair held all four Sundays in September off of the Faith Lutheran’s Allegro Series during Advent. Every Wednesday during Advent, there is a soup lunch with musical entertainment. “I like the fact that they took the whole season of Advent, so we are taking September,” she said.

In the case of rain, the art fair will be moved indoors. Everyone is encouraged to bring their own lawn chair for seating. For more information, go to jaxcentenary.org.

CUTLINE: Tim Chipman and Barbara Wooldridge enjoy the afternoon dancing to Tapestry at last year’s September Song. Wooldridge is a member of the Centenary United Methodist Church and evangelism committee. She is also the mother of Terri Benz, who came up with the idea for September Song.