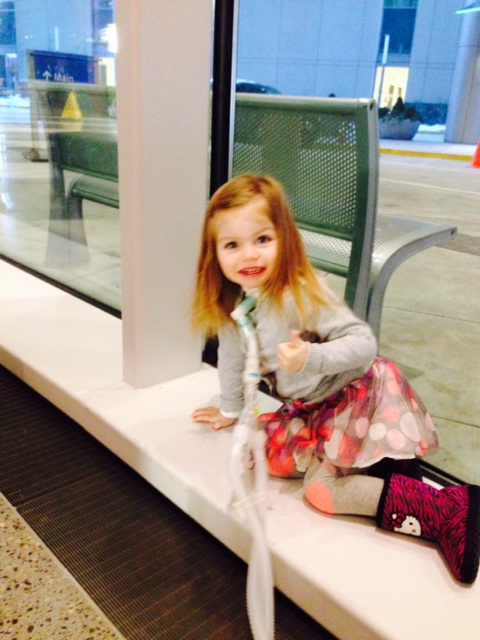 For Madalyn Whitehead, preschool is even more stressful than for a normal three year old.  This is because Madalyn was born with Congenital Central Hypoventilation Syndrome (CCHS), a severe autonomic nervous system problem. According to Genetics Home Reference, Congenital Central Hypoventilation Syndrome causes patients to take short breaths this is also known as hypoventilating. Hypoventalation creates a shortage of oxygen and an accumulation carbon dioxide in the blood. Because of this, patients have to use a ventilator, sometimes known as a diaphragm pacemaker, to stimulate normal breathing patterns. Most severe cases, like Madalyn’s, require the ventilator constantly while other, less severe cases, only need it at night. Madalyn also take trips to a Chicago hospital every six months.

“We spend a lot of time in the hospital,” Madalyn’s mother, Shana Whitehead, said. Those that have CCHS are usually diagnosed at birth when the infant hypoventilates when they fall asleep and show signs of cyanosis (the skin around the lips turning blue due to lack of oxygen in the blood.)

There will be a benefit for Madalyn and her family on Friday, April 18th,2014. The benefit will take place at Hamilton’s in Jacksonville (110 North East) and begins at 6 p.m. The benefit will consist of dinner and a silent auction. Tickets are 30 dollars per person and all proceeds will go towards Madalyn’s medical care. For more information or to purchase tickets call Lacy Beard at 217-821-2210.