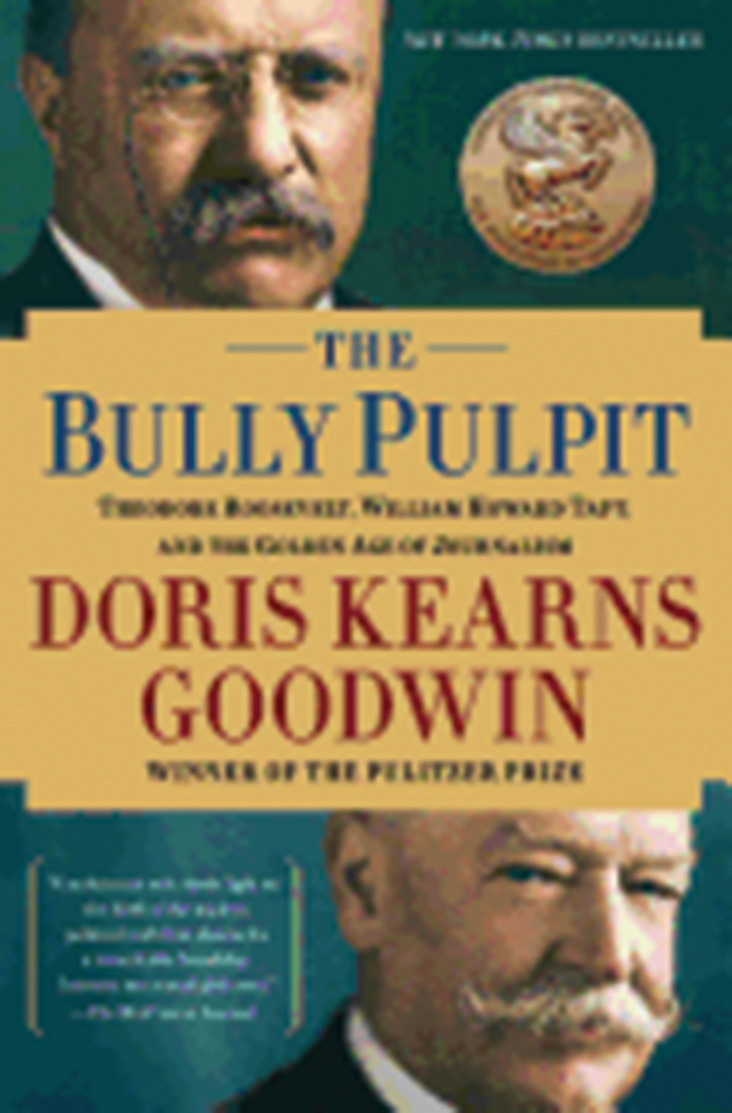 Apart from their membership in the Republican Party and their mutual interest in progressive political reform, Theodore Roosevelt and William Howard Taft had little in common. Roosevelt was impulsive and physically active; Taft was reserved and contemplative. Roosevelt thrived on dissent; Taft avoided confrontation. Roosevelt loved being president; Taft served, but only with trepidation.

Yet for many years they were close friends and staunch colleagues. Both fought for governmental regulation of corporations as a way to protect the public and alleviate social problems. Their passion for reform was shared by the muckrakers–journalists like Lincoln Steffans and Ida Tarbell who exposed corruption and fraud in big business and politics.

Such an epic tale with larger than life characters requires a lively but competent storyteller–and who better to do the job than Historian Doris Kearns Goodwin? As author of Team of Rivals upon which the movie Lincoln was based and No Ordinary Time:Franklin and Eleanor Roosevelt: The Home Front in World War II she is certainly up to the task.     (Note to those who remember Kearns’ 2002 plagiarism controversy: there’s 100+ page list of annotations.)

In writing a biography of each man along with a thoughtful history of the work of McClure magazine, Goodwin does more than line up facts. Like a novelist, she uses intertwined stories to make a point. In this case, it’s the ability to use what Teddy Roosevelt called the “bully pulpit.”

Over the years, “bully” has come solely to mean aggression towards someone less powerful, but in the early 1900s it also meant, “excellent” or “splendid.” If you were in a bully pulpit–the presidency– you were in an excellent position to convince others of your views. Roosevelt, the enthusiastic, gregarious risk-taker knew how to use the press, especially the journalists working for McClure’s Magazine, to build public support. Taft? Not so much.

From their childhood years to their marriages to their joint legislative battles and later to the dissolution of their lifelong friendship, Kearns builds a narrative arc that encompasses the whole Progressive Era. And keeps it interesting.  (At 750 pages that’s certainly the mark of a skilled writer.)

The paperback edition is just out, a welcome accompaniment to the new Ken Burns’ Roosevelt documentary on PBS this week. As Teddy might say, “What bully timing!”