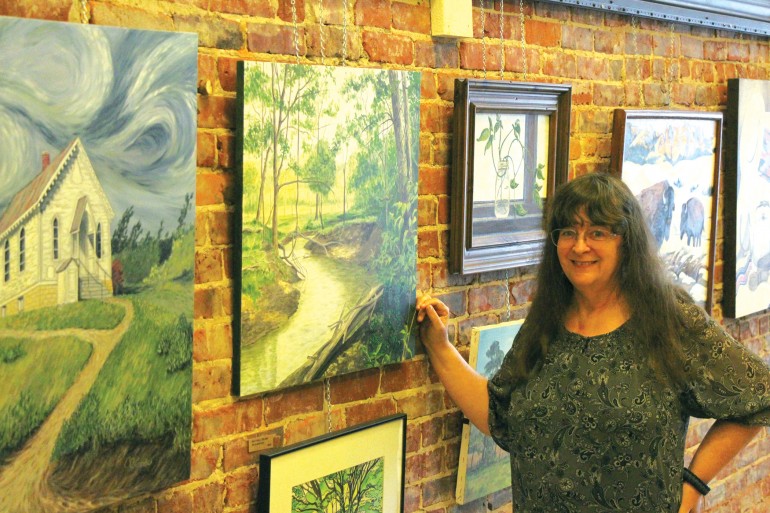 Born in Jacksonville, artist C.C. Godar remembers as a little girl in the late 1950’s, climbing up on a chair to stare at and study a painting on her grandmother’s wall. The painting was a large landscape on board and had been created by her cousin who was a professional artist. Godar recalls thinking, “Oh! I want to be able to do that someday!” Her cousin advised her to draw and create every day and so began her artistic journey. Godar today has that painting that she admired so much from atop a chair – and she says it is “one of my treasures.” Not only did that painting influence her, but her mom always encouraged her, asking her what art she might submit for the fair, for example, or other similar motivating words. Godar lived in California for some of her childhood and tells how she “had a finger-painting selected to hang in a group show of Kindergarten Art at the San Diego Art Museum.”

When Godar was in high school, she didn’t realize there really were actual careers in art. Says Godar, “When I was growing up, all of the art was done by artists – by hand,” noting too, that she wasn’t even aware of places such as The Art Institute of Chicago and the like. But, she continued to create nonetheless and didn’t technically “study art” until 2003, when she began classes at Lincoln Land Community College and then graduated in 2006 with two degrees: an Associate in Art and an Associate in Applied Sciences: Graphic Design. Godar incorporates her joy of travel and photography into her work, using her nature photos to develop her paintings and has been working on a series called “Postcards from the Heartland” since 2006, which includes paintings of scenes from both the local area and from her many road trips around the Midwest, she says. This past April, Godar explored in Taos, New Mexico, “soaking up the art ambiance there and going on photography tours with a professional photographer, in search of inspiration” for her newest series of paintings, “Two Weeks in Taos.” Art from both series are featured in her show. 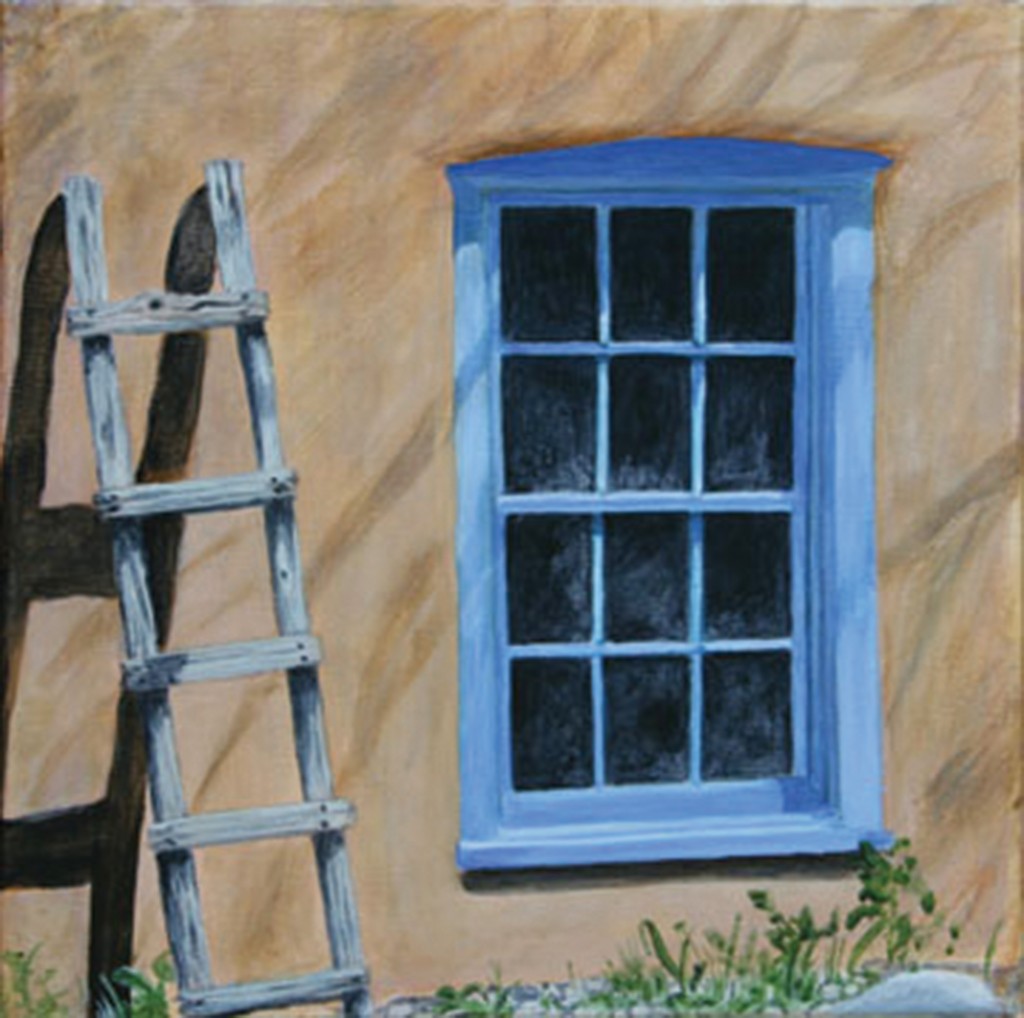 Her show at the Eclectic Gallery spans five decades of her paintings and works, starting with her very first oil painting that was finished in 1964 at age 11, which demonstrates her efforts at that time to fill the entire space with paint. Age 11 was when Godar received her first real oil painting kit for her birthday and jokes that is was, “No more paint-by-number sets for me!” At her show, the viewer will see on Eclectic’s walls how as she progressed with her art, she has experimented with different mediums and approaches to art; the viewer will also encounter a physical split, as opposing walls present either realistic or abstract works. Godar has been a part of Eclectic’s artist co-op since they first opened their doors in September of 2006. Godar is their featured artist for August, presenting her show titled “C.C. Godar: A 50-Year Retrospective. Of her show, Godar states, “I hope you’ll agree – that’s an impressive milestone, and I’m really fortunate that my show will still be going on the weekend of the Art Fair.” The Art Fair that Godar is referencing is the 4th Annual Art Fair on the Square, taking place August 23 and 24 in Downtown Jacksonville. Be sure to stop in The Eclectic on the east side of the square so that you may stroll through the visual display of Godar’s last fifty years artistically.