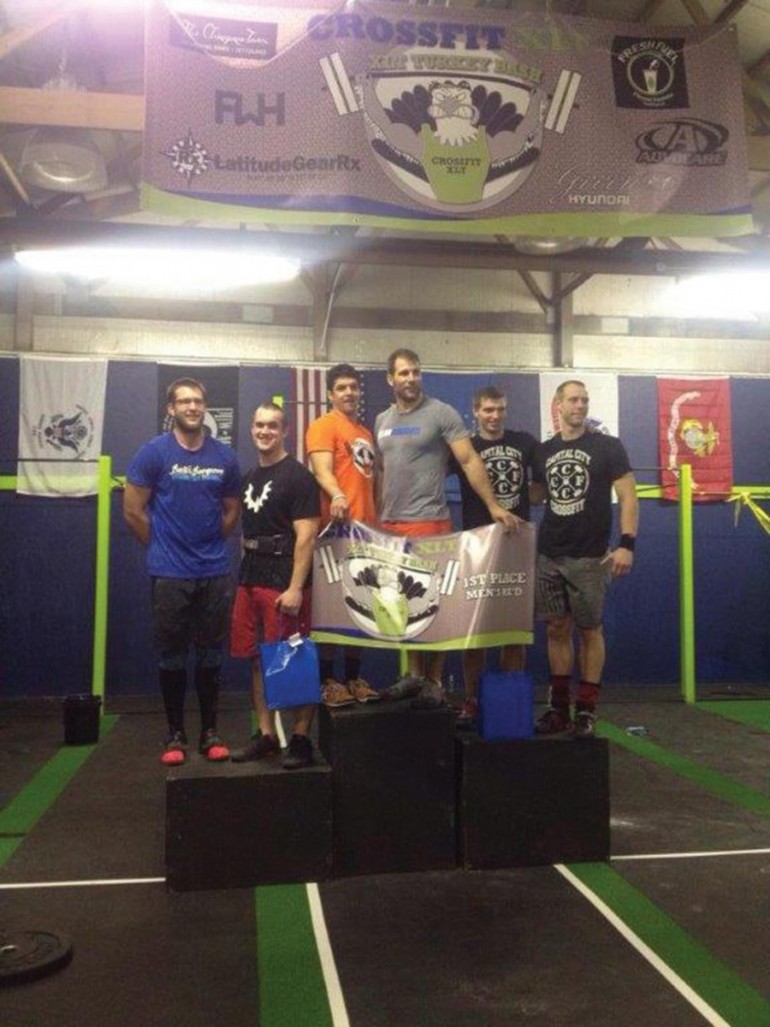 The Bob Freesen YMCA is proud to announce that Redbird Crossfit member Joe Gaines won first place in the Men’s RX Division at the Turkey Bash 2014 held at CrossFit XLT in Chatham, Illinois on Sunday. Joe’s partner was Derik Stohlers, owner of Illini CrossFit in Champaign, Illinois. Joe was an accidental competitor. He was scheduled to judge the competition but when Derik Stohlers partner cancelled, Joe agreed at the last minute to compete. In order to compete at this level, you must be ready mentally and physically. Joe’s success proved that he was ready!

Joe is a graduate of Illinois College where he played football. He is a longtime member of the Bob Freesen YMCA and was a lifeguard there throughout his college years. Joe teaches Freshman Geometry at JHS and is also a football coach at JHS. Joe joined the Bob Freesen Redbird CrossFit when it opened in June 2014.

Joe trains at Redbird CrossFit 5 days a week. He is often at the Redbird Gym multiple times a day working on strength training, skill work and metabolic conditioning. He comes from a background of track, swimming, football and basketball- all making him a well-rounded athlete. Joe’s future fitness goals are to continue competing in CrossFit competitions and plans to participate in this year’s CrossFit Open with the hope of qualifying for Regionals.

At the competition, there were 11 teams competing. Joe PR’d his overhead squat on WOD 2- not only making a personal best but he did it twice as a 2 rep max. After 3 WODS the top 5 made it to finals to compete in one last workout. They were currently in 1st place going into the final workout. They tied for reps on that workout- keeping them in 1st place overall. Joe ended up placing 1st place in his 1st competition in the men’s RX division. Joe’s hard work and dedication is inspiring to other athletes.