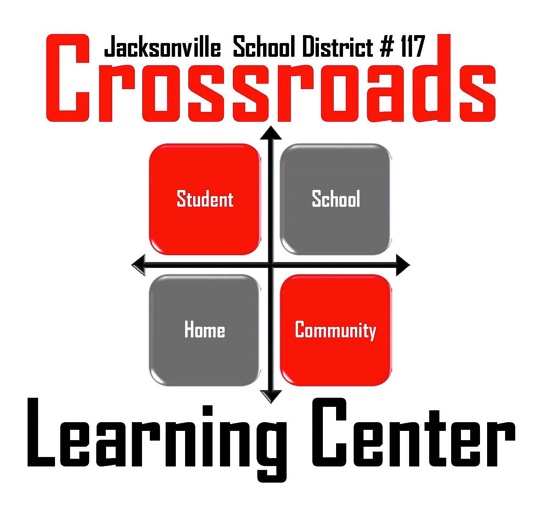 “We want to help our students to be better today than they were yesterday,” said Jill Dillard, the new principal of Crossroads Learning Center, an alternative school coming to Jacksonville in the fall of 2016.

Dillard, the former assistant principal at Jacksonville High School (JHS), shares, “When a student is suspended from school, they would normally just go home.” However, looking back on her 19 years at JHS, she commented that, “behaviors that would have warranted suspension were sometimes avoided because principals didn’t want to just send the kids home.” She continued, “There was a lot of leadership time spent in the office trying to work with these kids.”

Crossroads Learning Center offers a healthy solution for kids, families and school leadership in those tough situations. At Crossroads, students are who suspended from their home classrooms due to behavioral challenges have a chance to maintain academic progress, while addressing their behavioral issues in a safe environment. Ultimately, Crossroads wants to equip suspended students so that each can return to his or her home schools, and as Dillard said, “be a positive impact, not a distraction or a drain.”

In this new alternative school, the kids will spend about two-thirds of their school day on academic training. They will spend the other one-third focusing on working through the behavioral issues that caused them to be suspended.

Back in February, Steve Ptacek, superintendent for Jacksonville School District 117, approached Dillard about becoming the principal of this new school. Dillard shares, “I was very, very excited about the opportunity to do something positive for these students that are in such need.” To bring this vision into reality, Dillard worked closely with Ptacek, Dana Kinley and Sarah Raynor.

Over the past several months, Dillard travelled and looked at similar programs across the state, saying, “I tried to glean from them the things that they were doing right …” Then, she began working on hiring staff, getting curriculum together and outlining professional development materials to use for her staff so that, “we’re prepared to help these kids become better.”

Dillard shares that in her former role at JHS, she felt that she “had minimal time to do more than issue consequences … and consequences in and of themselves don’t serve as deterrents for future behaviors.” With Crossroads Learning Center, she says, “The idea of being able to balance consequences with academic opportunities and social/emotional learning is a win-win, in my opinion, for everyone involved – the student, the school, the community and the home.” It’s a vision that is illustrated in their logo. In conclusion, Dillard stated with feeling, “Everybody benefits when the students are successful.”