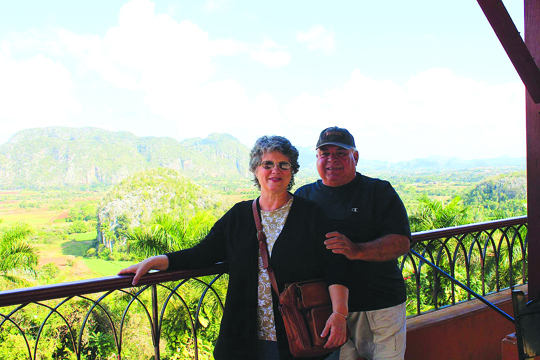 With differing ideals growing in popularity here in the United States, countries like Cuba can be looked at for comparison. One area resident with ties to that country wants to share her unique insight.

Teri Gutierrez will present “Cuba: Beneath the Façade” at the upcoming meeting of the Republican Women’s Club (RWC) on Thursday, August 25 at 6 p.m. The presentation will be held in the second-floor meeting room of the Municipal Building at 200 West Douglas. The meeting is open to the public.

While attending Purdue University in her home state of Indiana, Gutierrez met her husband Nestor Gutierrez, a native Cuban who escaped to Miami with his brother and parents in 1961 on the last Freedom Flight from Cuba during the Bay of Pigs. Nestor’s two sisters chose to stay behind. Nestor’s parents, a lawyer and civil engineer, were recruited to come to Indiana State University to participate in a two-year program to become Spanish teachers. They both taught in the Lafayette Indiana area for 10 years and Nestor and his brother ended up at Purdue.

During her presentation, she will share about their four trips back to Cuba since 2000, most recently in February of 2019 when Teri and Nestor accompanied their daughter Ashlee and her husband when they wanted to see where her father grew up, learn from his memories and meet family members that are still there.

The Gutierrezes moved to Jacksonville in 1979 for work. Teri served as a project engineer for Mobile Chemical and Nestor was a sales rep for Dow Chemical. From 1993 to 1997, Nestor worked for BP Amoco in Bolivia, South America and the family moved there for three years. “Living out of the country was a great experience,” concluded Teri. “Seeing the U.S. from outside certainly makes you appreciate home, yet we more clearly see the flaws and the value of preserving our system.”