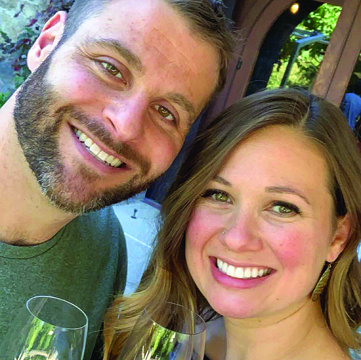 Many of us are trying to stay positive in an increasingly negative world. One Jacksonville woman has taken her family’s love for blessing others and combined it with Facebook to create an opportunity for you to be a part of something bigger than yourself.

“Jacksonville Serial Tipper” is a group formed on Facebook by Sherie Kording Trace. Inspired by other similar programs through several social media platforms, Trace decided one night while preparing supper for her family to expand on an earlier idea she had implemented.

“Under a different group, 40 members joined together to donate $460 to bless a local teacher or teachers. After nominations were received, I rolled the dice to determine how many would split the money,” shared Trace. The result was one teacher would be chosen from a virtual random name selector. “It was an exhilarating feeling to help someone who gives so much.”

This time she has formed this new group with the express desire to bless someone in the Jacksonville community and help make their life better and this area a better place.

“My plan is to ask for donations weekly to be targeted towards people and places from local small businesses, gas station attendants, receptionists, teachers, restaurant workers, fast food workers, nurses, techs, etc.,” commented Trace. The hope is that the “tip” raised will help the recipient in some fashion and, who knows, spill over to the people around them.

Trace launched this new group on Friday, August 7 with an introductory video. Within the first 12 hours, just over 400 people joined the group. She decided to test the waters by going to dinner on Saturday night and whoever ended up serving them, they would get the first tip; raised in that short time. She and her husband Bubba decided to go out to K’s Creek. Their server ended up being the restaurant owner Rachel Rohn. She hired a sitter for her children since 6:30 a.m. because most of her employees could not come in that day. Rohn received in her tip that night $722. Trace posted a video of the presentation on the group page for everyone to see. Rohn made it clear that she did not accept tips and would be splitting this tip with her awesome co-workers and was extremely grateful.

The overall group is simple to follow and be active with. Each week she will post categories that are to be voted on, and depending on the category, the winner could be completely random or based on nominations. Everyone donates to a secure account through Venmo and, if everyone donates just $1 each week, the tip will be great. There is no insignificant amount. Only virtual donations will be accepted so there is a paper trail. The account set up through Venmo is @sherietrace and gifts can be sent in 24/7. To join and be active with this group go to Facebook where you can join “Jacksonville Serial Tipper.”

“If you are looking to get away from the negativity that has consumed our nation, this is going to be a great outlet for you,” concluded Trace. “Who knows who the winners will be! It could be your mom, dad, daughter, son, brother, sister, co-worker, neighbor, or even you. All I ask is that the recipient performs an act of kindness on someone else with the hope of a ripple effect. People donating can walk a little taller knowing they are contributing to something amazing and potentially life-changing event each week Together, we can do so much. Come join the group and be a Serial Tipper.”

Sherie and her husband Bubba are life-long residents living with their three children in Jacksonville.