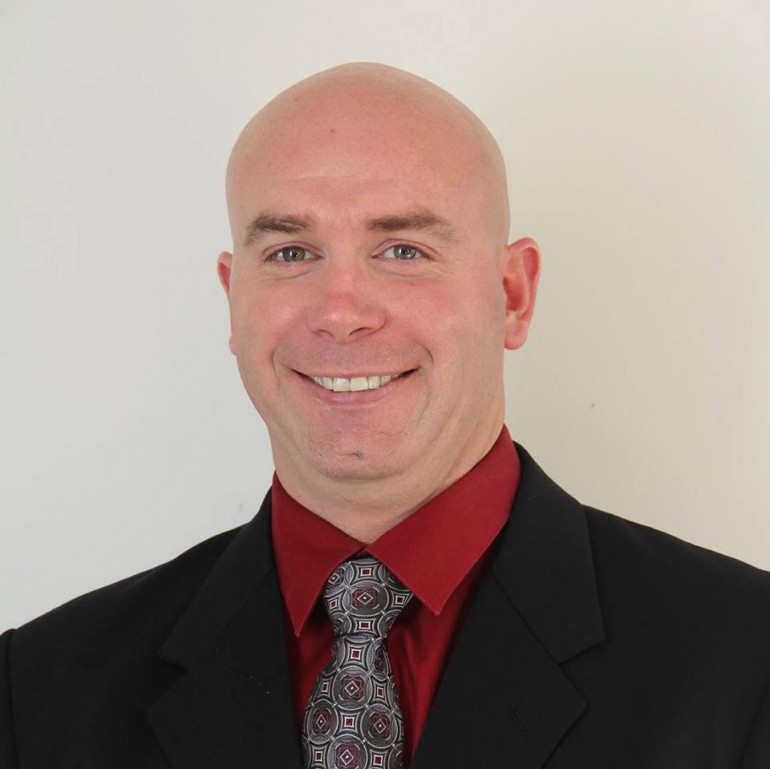 Most of us don’t fully understand the work of police officers. Our opinions regarding cops are often dictated by personal experience; while some may have negative views based on their piles of speeding tickets, others have found much needed support and comfort in the work of a caring officer. The motto for all police departments is to serve and protect, a slogan that Doug Thompson, a local officer of the Jacksonville Police Department, knows quite well. In fact, Doug is not the only member of the Thompson family who knows this dictum, he also has a niece and a nephew who serve as police officers.

“My brother was actually an MP (Military Police) in the military until he retired,” said Thompson, “and then my nephew is an officer for the Cass County Sheriff’s Office and my niece works for the Minot Police Department in Minot, North Dakota.”

Thompson, who’s originally from Beardstown, Illinois, moved to Jacksonville around 1995 and has been here ever since. Hired by the Jacksonville Police Department in 2002, Thompson spent his first seven years as a patrol officer before earning a promotion to the rank of Sergeant in 2009. As for when he decided to pursue a career in police work, Thompson mentioned that it had been a goal of his from the time he was a teenager.

“From the time I was in high school, [being a police officer] was everything I geared myself toward and set myself up for, going to college for it and everything else,” Thompson said, “as my nephew was growing up, he kind of said the same things. My niece, being in North Dakota, I didn’t grow up with her as much, but it has become sort of a family thing as her dad was an MP and now her sister is married to an MP in the Air Force.”

While all jobs have good aspects and bad, the ups and downs of police work often fluctuate much more dramatically than a typical nine-to-five. Sometimes officers respond to simple calls involving community oriented activity or speaking with citizens about certain legal issues. Other times, police officers are the first responders to motor vehicle accidents involving critical injuries, or to scenes in which violent crimes have occurred. Most officers have come across traumatic incidents in which they’ve had to both control the scene, ask questions of those involved, as well as console possible victims. This is the reality of the job that Doug Thompson has experienced firsthand.

“A lot of times we can talk to each other at work about certain incidents, and that helps quite a bit,” Thompson said of dealing with the more difficult aspects of the job, “at home, my wife has been just tremendous, she actually takes a big interest in some of the things that I do, so she’s always there for a good ear whenever I have to deal with some of the harder things.

“Since 2002, I’ve been on scene for two or three murders in Jacksonville. It’s one of those things that takes its toll on you from time to time, but then I can come home and talk to my wife and she listens, so it helps quite a bit.”

With thirteen years of service in the Jacksonville Police Department, even with the ups and downs of the job, Thompson reiterates that being a police officer, especially in Jacksonville, is something that he looks forward to continuing as him and his family move forward.

“I can tell you that – having been hired in 2002 – I never imagined that I would enjoy the job as much as I do,” said Thompson, “the guys and gals that we work with and work for, they’re great. Everyone that works in our department wants to make Jacksonville better, and that’s what we all want for our community.

“Now, as a supervisor, I get to help other officers when they come to me and say ‘this is my goal, this is what I want to do’, and I can help try and steer them in that direction. And if that’s making someone else better at their job, it’s making the department better and it’s making the community better, and that’s what I take pride in.”