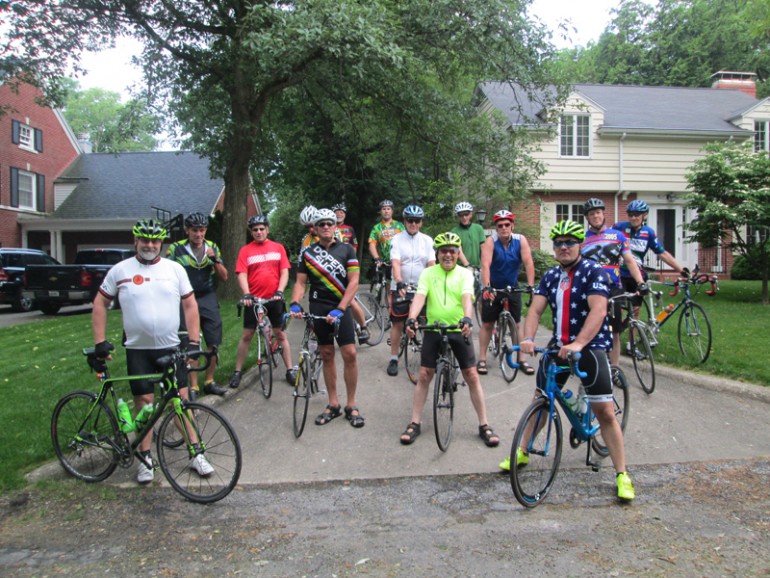 A lot of these guys ride together every Saturday morning. They’ve been riding together for years, but have knocked out the “birthday ride” for the last handful of years. So, as Dean Welch just turned 81 years old (Happy Birthday, Dean) … this meant Welch and a group of faithful riders gathered to ride 81 miles, a mile for every year. The troupe started out riding into the wind, which is a smart move I’d say. The riders made a big circle, generally going to Ashland, Arenzville, Bluffs, Chapin and Woodson. Dean Welch’s wife, Judy, notes, “Usually, when they get close to home, they have to continue a bit (to make the 81 mile mark).” 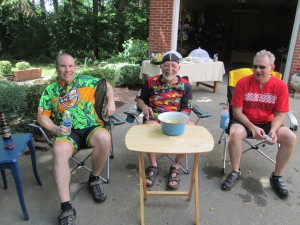 There was also a rider in the group who had never ridden more than 50 miles in his life, but he was determined. He had just taken up biking (mind you, he is in his 70s). His name is Hershel Surratt (pictured in the center of the photo in a white jersey) and I was told that he did a great job. The rest of the guys were all very supportive, added Judy Welch.

Last year for Dean Welch’s 80th birthday ride, it was suggested to do kilometers, but he insisted on still riding the miles. So, this year, after the 81 miles of birthday bike riding, the group re-convened at the Welch home to replenish with beer, sandwiches and, of course, birthday cake. 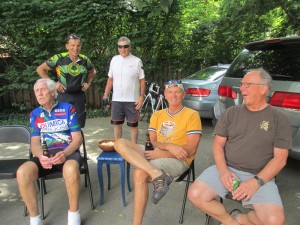