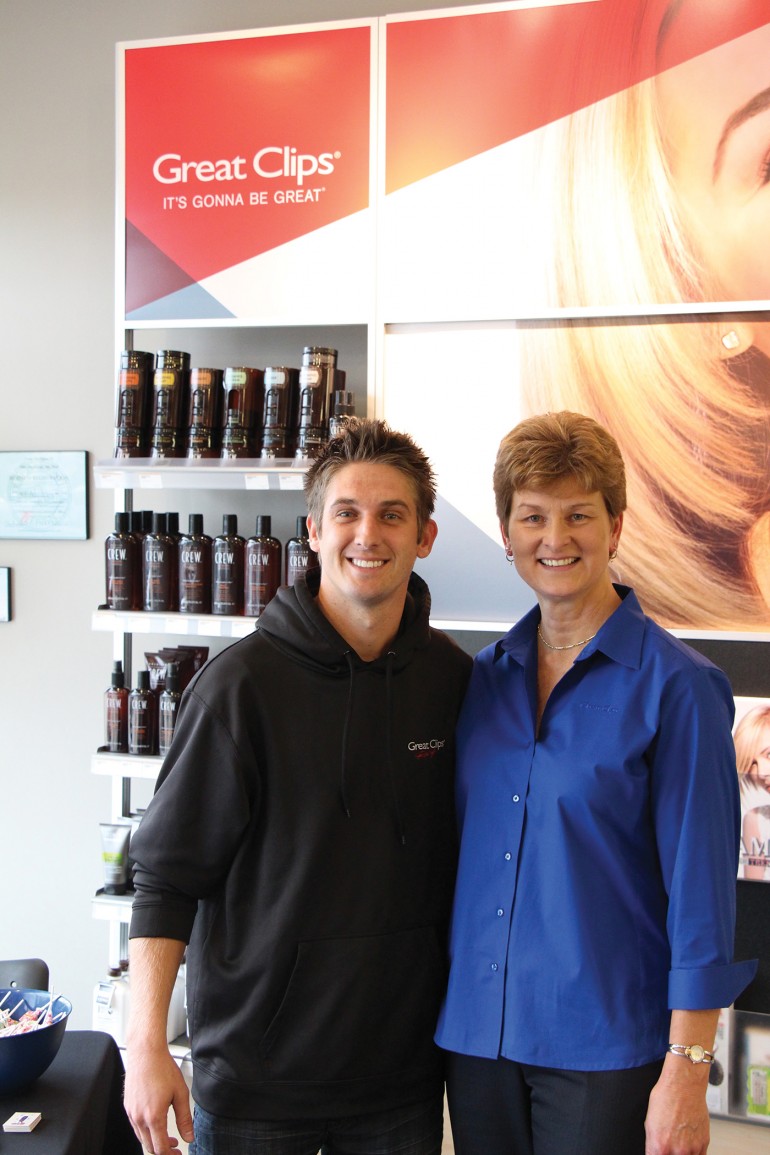 Great Clips racecar driver Darren Hagen may be available for a secondary meet and greet at Great Clips in Jacksonville.  28 year old Hagen was last in Jacksonville for the POWRi National Midget race at the Jacksonville Speedway on September 12, but the event was rained out. The afternoon of that day, Hagen talked with fans, was available for photographs and gave away autographed racing photos. Great Clips franchise owner Theresa Hunt was present during Hagen’s September visit to Great Clips and held a drawing for free tickets to that night’s race. Since then, the salon has been holding weekly drawings for the upcoming race when Hagen returns to the Jacksonville Speedway on Saturday, October 11; as of now, Hunt could not confirm if Hagen would be available for another meet and greet opportunity that afternoon. 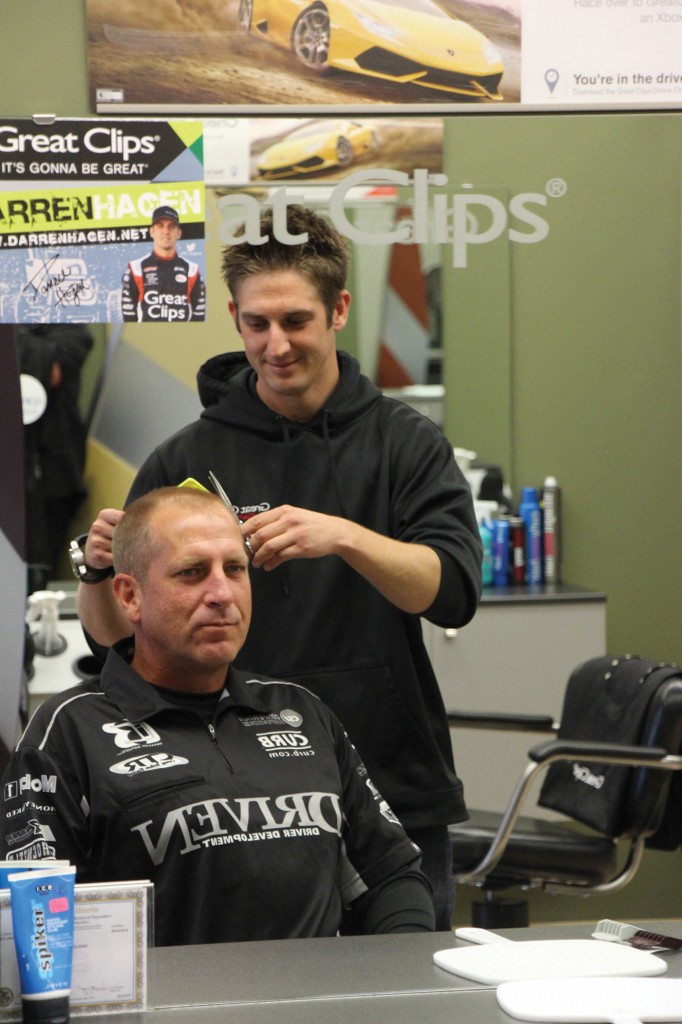 Hagen has won the USAC National title the last six years and has been racing in the POWRi Series for close to nine years, he said. He runs without a wing in a car with 400 horsepower, which gives him the ability to do “more passing and a lot more flips,” said Hagen. Hagen says he enjoys the POWRi Series because it seems “more local” and “more family-like.” Racing now for 17 years, Nascar is Hagen’s ultimate goal. Hagen mentioned how he enjoyed personal events where he could talk with the public or meet fans. One fan, Bart Bayston, happened to come into the shop and was treated to a posed picture of Hagen “cutting” Bayston’s hair just after he had his real trim. For four years, Hagen held the title of “The Fastest Sprint Car Driver in the World” by running a lap of 146.145 mph at Iowa Speedway, and Hagen noted his highest speed was 214 mph at Yuma, AZ.

Hagen likes racing for Great Clips because of the atmosphere that Great Clips brings, he says.  “They’re great to work for — such genuine people. You see all their billboards and they’re full of bright, smiling faces. Even on a bad night (for Hagen racing), there are people in place to help turn the night into a better night,” tells Hagen. Hagen moved from CA to his own single apartment in Indianapolis at age 16. He finished high school early in order to move there and fulfill his dreams of racing. He displays “John 3:16” on his race suit and believes that “life has a journey for everyone.”

Race fans may have the opportunity again to meet Hagen at Great Clips in Jacksonville. Fans are asked to please check for updates with the salon.