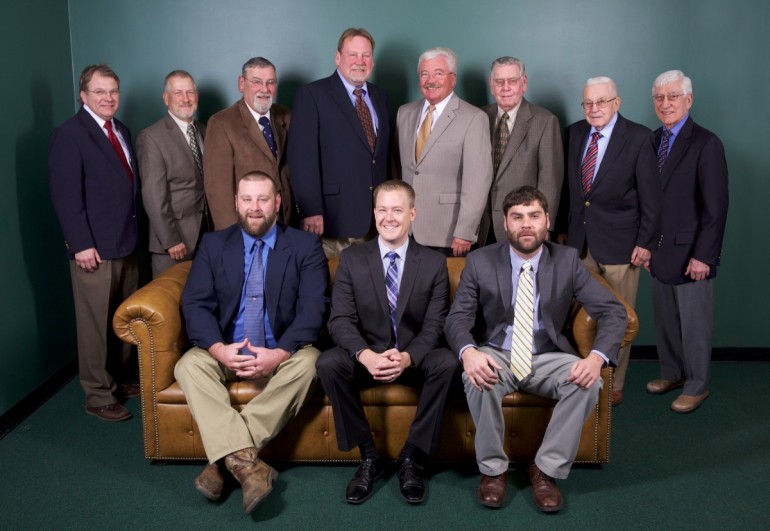 Any business that sustains a successful operation for 90 years is impressive in its own right. Even more impressive is when that business is family owned, and has remained so for four generations. In fact, according to familybusinessinstitute.com, only 3 percent of these businesses maintain their family owned status into the fourth generation. Which is why the 90th anniversary of the Jacksonville-based Illinois Road Contractors, Inc., owned and operated by the Davidsmeyer family since 1925, evokes considerable admiration.

Obtaining a $3,000 loan from Elliott State Bank, R.H. Davidsmeyer was able to purchase Cockin Oil Co. in 1925 – a company for which he’d been working as a bookkeeper – eventually renaming it Davidsmeyer Oil Co. and marking the first chapter of what would become Illinois Road Contractors, Inc. With R.H.’s brother Paul (P.J.) joining him a few years later, Davidsmeyer Oil Co. built up a solid reputation both in Illinois and throughout the Midwest, mostly through its coordination with Iowa Road Builders – previously one of Davidsmeyer’s top competitors – as well as its role in the construction of several turnpikes across the state of Kansas.

In 1960, after the sudden passing of R.H. Davidsmeyer, the company’s founder, as well as his brother P.J. just two weeks later, Illinois Road Contractors, Inc.was passed on to the second generation. Known as the “Key III”, the second generation of owners comprised of Paul, J.R., and Bill Davidsmeyer. Under their leadership, Illinois Road Contractors, Inc. undertook a number of expansion projects that included: the construction of an asphalt storage barge terminal in Meredosia, Ill. in 1972, the founding of their own trucking company, State Materials Service, Inc. along with the merger of State Material Marathon Inc. in 1977 and 1978, the acquisition of a second asphalt storage barge terminal in 1980, located in North Utica, Ill, and finally, in 1985, the founding of Asphalt Stone Company, which owns and operates roto-mill equipment in several states.

“Some of the sustainability of the company is because of the fact that we’ve tried to diversify through the years,” said Jeff Davidsmeyer, president of IRC since 2007.” Much of what we do has been related to the road business but our further diversification at Meredosia Terminal has given us opportunities in the road salt and fertilizer business.”

Further diversification came in 2004 when IRC’s third generation of owners consisting of Devon, Rick, Jim, John, and Jeff Davidsmeyer established Tarps Manufacturing, Inc. (Tarps), which supplies specialized tarpaulin products to companies throughout the United States. With a wide range of products covering the construction, trucking, and agricultural industries, Tarps has recently provided containment tarps for such well-known structures as the Freedom Tower at Ground Zero in New York City, as well as the Brooklyn Bridge.

“We have always looked for a company that would sustain revenues through the winter months,” Jeff Davidsmeyer said. “Tarps was a way to diversify. Davidsmeyer added, “Like our trucking and terminal operations, Tarps has become an important year around operation of Illinois Road Contractors, Inc., that is not affected by seasonal road work.”

Now with the fourth generation involved – the “Generation 4”, made up of Ryan, C.D., and Michael Davidsmeyer – Illinois Road Contractors, Inc. celebrates the 90th anniversary of its founding in 1925. Having started as a local company focused on road maintenance and repair, the Davidsmeyer family and their employees have transformed IRC into a diverse network of corporations throughout Illinois. And just like in 1925, IRC is still in good hands, as it approaches the century mark.

Editor’s Note: During the writing of this story we sadly received a report that Rick Davidsmeyer had passed away on July 31, 2015. We send our condolences to the Davidsmeyer and IRC family.