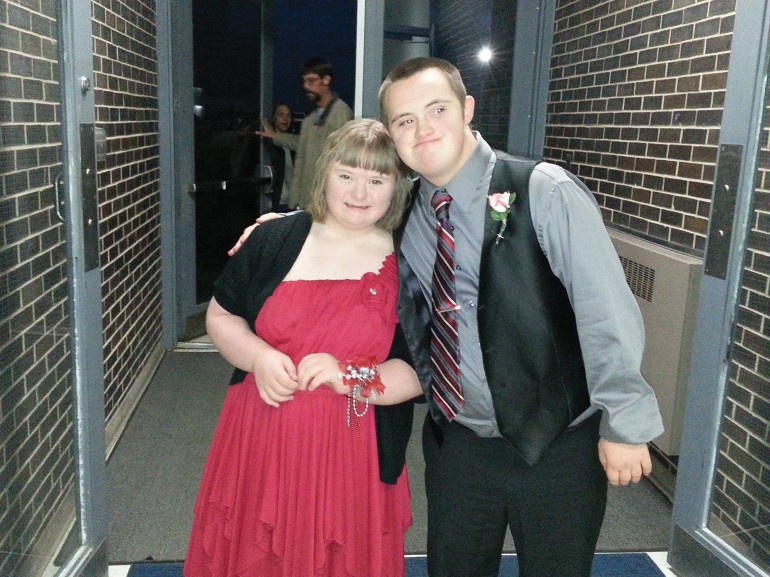 Isaac French got himself a date and Rachel Buhlig had a night to remember.  Sometimes the stars align perfectly as they did this October when the Down Syndrome Awareness Month and the Triopia High School Homecoming coincided on a cool evening at the Concord school.  Among the goals of the Down Syndrome Association are the celebrations of the individuals and making people aware of their abilities and accomplishments. The goal of Isaac and Rachel was much simpler . . . they wanted to have a good time.

“It was so cool when they entered the gym holding hands,” said Ally Bunfil, a Triopia senior. “They were adorable, and they looked so genuinely happy.” And why wouldn’t they be? The couple was attending their first homecoming dance and according to senior Alex Stanberry, “We were all so happy that Isaac came and brought a date.” Alex said that Isaac took center stage when the dancers began doing the Cupid Shuffle. As Stanberry was being interviewed for this story Isaac walked by and gave her a friendly hip bump. “He never stops,” said Alex.  Triopia’s joy and pride in couple was evidenced when Isaac’s sister put a picture of the two on Facebook that racked up nearly 500 “likes” immediately.

Laura Burrus, advisor for the Triopia Student Council that sponsors the event, said, “Isaac was a dancing machine. His mother came to pick him up and it took three teachers to persuade him to leave the dance floor.” In fact, they had to search a bit first. “We finally found him in the middle of a group of girls,” said Mrs. Burrus.  Some of those girls knew that his mother Jill was waiting and they walked him out the door. Her co-advisor, Karen Cernech, said, “They were so sweet. All the students were looking forward to them coming. They had a great time dancing and they went to Steak and Shake before the dance.”

Isaac is the son of Jim French and Jill Roegge, both of Arenzville. Mrs. Roegge said that Isaac was excited about attending his first homecoming. “He loves to dance,” she said, “but of course ‘dance’ always means the Chicken Dance, his favorite since he was little.”  Isaac’s mother said that the only big question was whether or not to wear a vest. “We sent pictures to his brother and sister and they decided to go for the vest.” She said that the mothers might have been more excited than their children. “You want your child to experience the things a typical kid does, and you never know if your child with a disability will get to do that.”  Mrs. Roegge said that something even more special happened when Isaac and Rachel walked into the Triopia gym. “There was a collective ‘Ah…” from the kids. They looked at Isaac in a different way. They were genuinely pleased.”  Isaac’s friend Alex put it more plainly: “It was awesome.”

Rachel is a freshman at JHS, and the daughter of Darryl and Laurie Buhlig of Jacksonville.  Her mother said, “She had a grand time. She was a bit overwhelmed by all the noise, but she was so happy to be in that red dress, twirling and twirling and twirling.” Rachel’s Aunt April Edwards drove over from Springfield to attend to the finer points of homecoming preparation. “She didn’t want mascara and wasn’t crazy about the nails, but April did her hair,” said Mrs. Buhlig. Her mother glued gems onto her Converse tennis shoes to complete the star-spangled ensemble. “We got to glam her up,” said Mom. 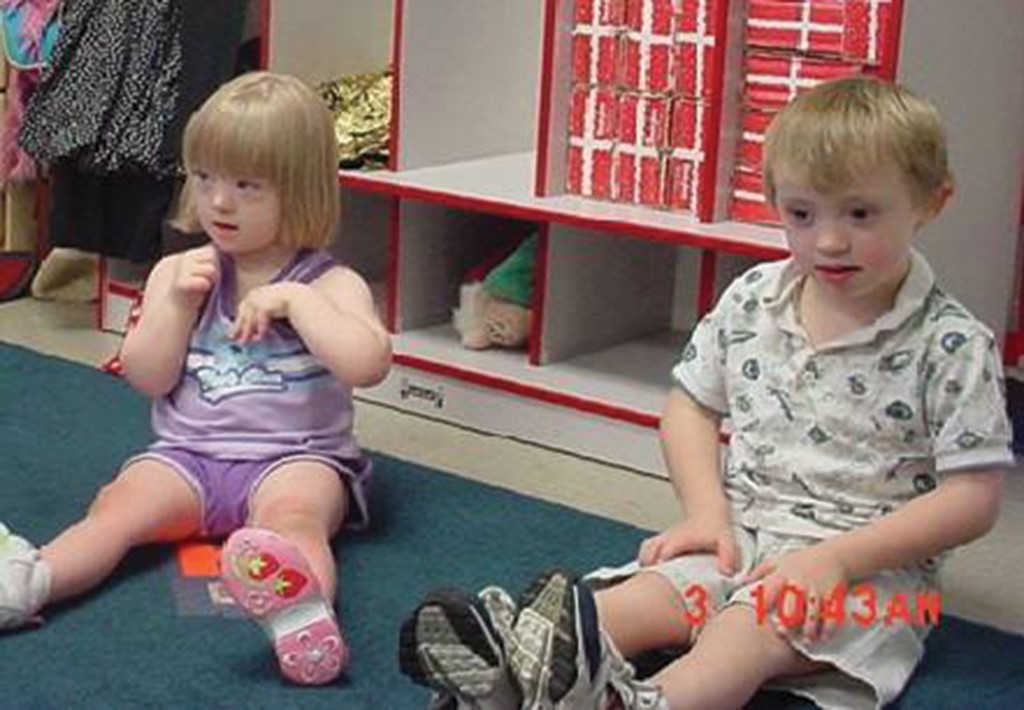 When the big night arrived, Isaac showed up at the Buhlig household, vest in place, and called Rachel a “cutie.” The two then headed out to Triopia for a rite of passage much like any of their friends. When Rachel walked into the gymnasium she saw the word “Triopia” spelled out in large letters on the floor. “She walked over to the ‘R” and signed her name,” said Mrs. Buhlig. That night the R indeed stood for Rachel.

It takes special parents to raise special children and both Rachel and Isaac have been blessed with gentle but insistent advocates for their children’s needs. “When Rachel was born,” said Mrs. Buhlig, “they gave me a pamphlet called ‘Mongoloidism.’ Things have changed since then.” Isaac’s mother agrees that things have gotten a bit better for special needs children, but that awareness is their goal. “Down Syndrome doesn’t define him,” she said. “He’s not a Down Syndrome boy, he’s Isaac.”  And for one very special night in October, he and his date were the hit of the party.