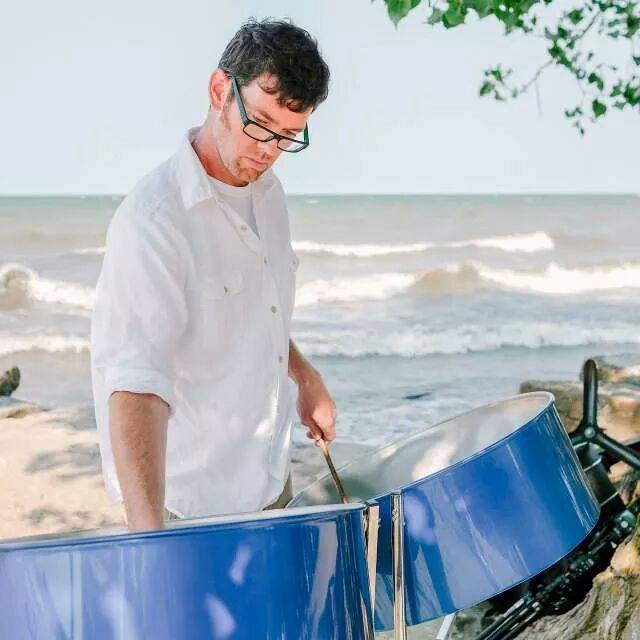 Photos Special to The Source

Tyler Carpenter a 1999 graduate of Jacksonville High School is flourishing in his career and receiving national recognition as a Bass drummer in the Cleveland Brown’s Drumline.

After graduating from JHS, Carpenter completed his undergraduate studies in Music Education at South Dakota State University and received a Masters in Music Performance from the University of Akron. 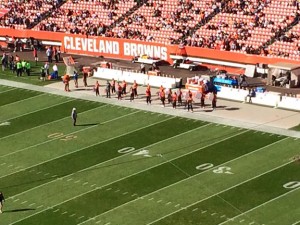 Ohio must have suited him Carpenter, as it became his home. He lives in Massillon with his wife, Lindsay. He is one of 6 assistant band directors for Jackson High School’s massive music department. His duties include: directing two steel drum bands, the drumline, the percussion ensemble and the freshman band. He teaches fifth grade percussion and seventh grade music at Jackson Middle School and also teaches Music Theory and Music Literature at the University of Akron. Carpenter also teaches private lessons for percussion.

In his spare time Carpenter plays with both the Akron and the Ashland Symphonies. He has played a Double Timpani Concerto with the Wooster Symphony and is well known as a freelance steel drum and bass drum player throughout the North Eastern Ohio Region. Recently, he has begun judging Solo Music Contests for the Ohio State Music Education Association.

Carpenter has been playing for the Cleveland Brown’s for two year. The gig requires annual auditions. An organization called, the “Pro Sports Music Association”, made up of members from all of the professional sports performing ensembles, announces a Pro-Drumline each year. Each of the PSMA’s ensemble directors submit names to the association for recognition of outstanding performance and dedication to their ensemble. Carpenter’s name was included in the PSMA’s 2015 All Pro-Drumline in the Bass Drum category. He explained the Pro-Drumline doesn’t perform, “this honor is purely just an honor of recognition…something on paper.”

Carpenter was influenced for his music by his former director, James McKinney, from South Dakota State University and his former teacher/director from Jacksonville High School, Steve Jones. He said, “I’d give a lot of credit to Steve Jones even if I wasn’t speaking with someone from a Jacksonville publication. I’d mention him to anyone interviewing me. He was very important and should definitely get recognized.” 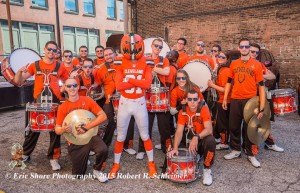 Carpenter enjoys his profession, he encourages musicians wanting to move to the next level with these words, “…because it is a very competitive field, you must have a very thorough and strong work ethic. There is no substitution for hard work. You must be willing to put in the amount of time it requires on a daily basis.” It might require at least four hours a day in rehearsing alone, but if that’s what it takes, that is what you must do.”

Carpenter is the son of Eddie and Sandra Carpenter of Jacksonville.