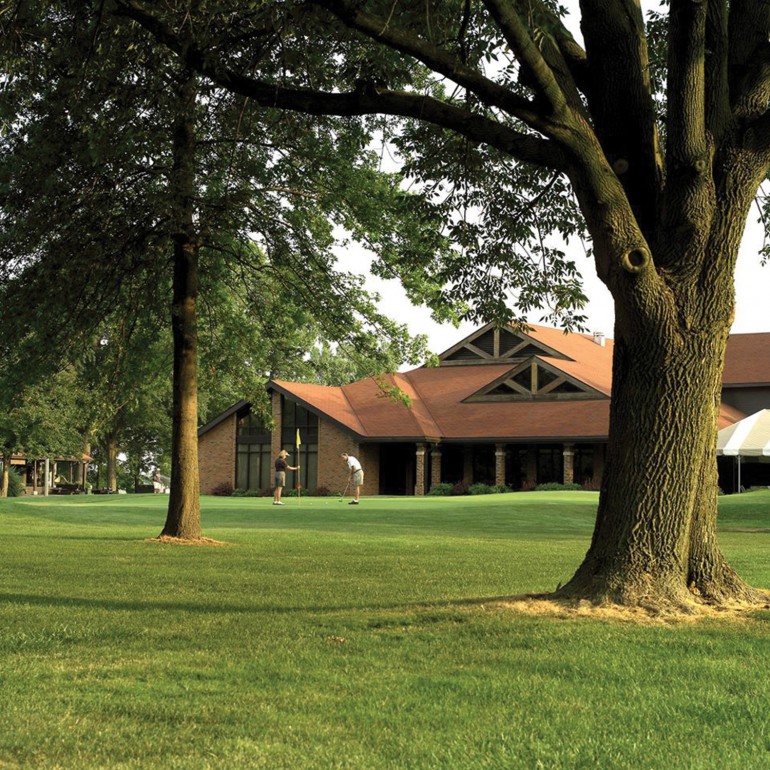 In 1924 a unit of land in southwest Jacksonville was purchased and the Jacksonville Country Club relocated. On July 5th, 1925 the nine hole golf course was opened. Forty years later, in 1965, the back nine holes were added to the course, creating the 18 hole golf course that is used today. During that time many other additions were added to the property, such as the Clubhouse, an all weather tennis court, and a large, spacious outdoor pool.

According to General Manager Mike Anderson, there is always something going on at the Jacksonville Country Club.

“We have a full schedule of golf outings, including junior league golf. In the summer we have lots of swimming and tennis events being held here. We also recognize nearly every major holiday, including a Lunch with Santa in the winter and a Pumpkin Patch Party for kids in the fall,” explained Anderson.

Inside the Jacksonville Country Club’s Clubhouse, members and their guests are offered a wide variety of delicious cuisines. Common menu items include parmesan grouper, beef wellington, and seafood lasagna. The clubhouse offers four distinctive areas for dining; The Fairway Room (formal dining), The Lounge, The Casual Dining Room, and The Card Room.  Executive Chef Charles Rivers overseas the entire kitchen and Amy Rivers serves as the Dining Room Manager. Together, these two have nearly 50 years of working experience with the association.

Anderson, a Jacksonville native, also has a long professional history with the Jacksonville Country Club. He began working at the Club as a high school student. His started off in the club care room. Following high school, Anderson continued working at the Club while attending Illinois College. After completing his education, he went onto Professional Golf Association (PGA) School, and received his PGA membership card. Anderson was named General Manager of the Jacksonville Country Club in 2004. In addition to his General Manager duties, he continues to offer Club members golf lessons. He claims it is the people that have kept him attached to the association for so long.

“We create a family environment, a community environment here. There’s an overall sense of belonging at the Club, and people look forward to coming out and spending their time here.” Anderson continued, “We have generations of families. Many of our members include the parents, their sons and daughters, and now their grandchildren. There really is something for everyone out here.”

Golfers finish up a round of golf by putting on the 18th hole.