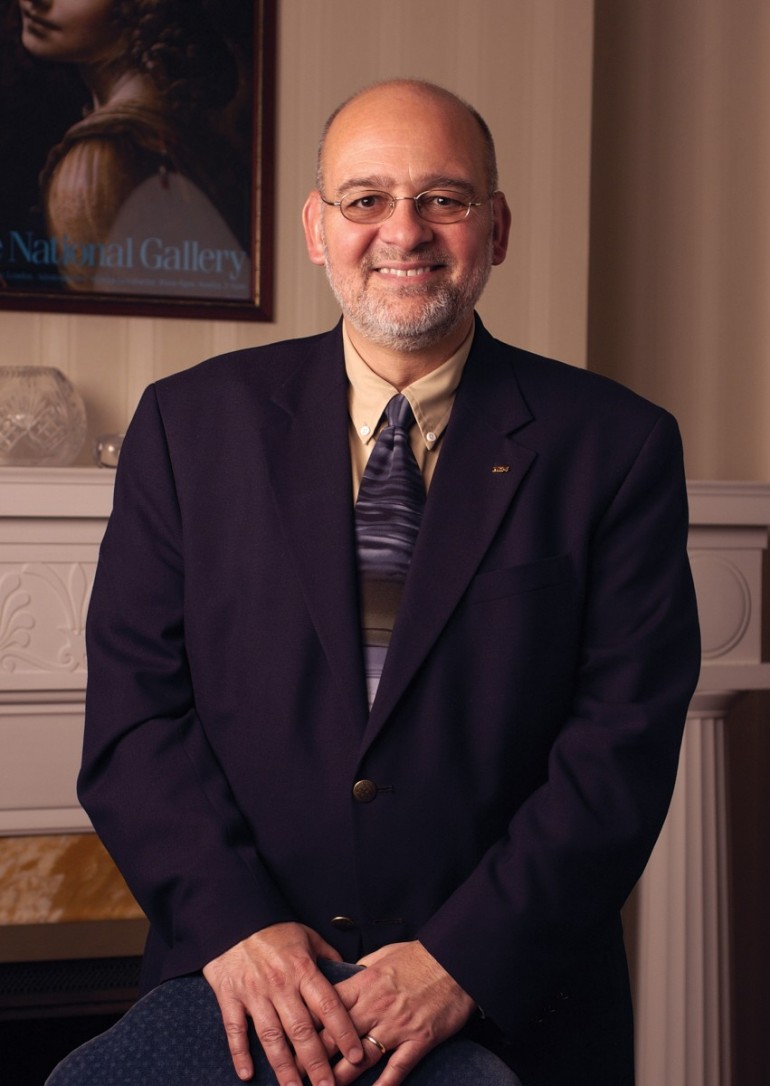 Special To The Source Newspaper

Mark J. Tierno, the current president of Cazenovia College in Cazenovia, NY, has been selected as the next president of MacMurray College, Charles O’Connell, chairman of the MacMurray Board of Trustees, announced today.

“MacMurray is thrilled to be able to attract a new president with Dr. Tierno’s broad experience and proven track record for growing and greatly improving a four-year, private college,” said O’Connell. “He was the unanimous selection of the MacMurray Board of Trustees and received the highest accolades in evaluations by the College’s faculty and staff during the campus interview process.”

Tierno has been president of Cazenovia College since 2000. During his tenure, the College’s enrollment has grown by a third, and the retention rates of both first-year students and the student population as a whole have more than doubled. Further, he moved Cazenovia into the first tier of baccalaureate colleges in the US News rankings of the best colleges in the North.

“I believe my background and experiences relate directly to the agenda for growth and development that has been identified by the MacMurray campus community,” Tierno stated.

In his 15 years as president of Cazenovia College, Tierno has had a powerful, positive impact on the College’s improvement and expansion. In addition to the accomplishments noted above, Cazenovia saw the number of students applying to the College triple. The College’s fundraising arm was restructured under his leadership, helping to yield a five-fold increase in annual donations, including the first seven-figure foundation gifts in the College’s history.

His efforts also resulted in significant improvements in campus facilities. His administration has addressed 25 years of deferred maintenance at Cazenovia, expanded instructional technologies to include every classroom and meeting space, and completed construction of two new buildings and renovations to create a new student center and an improved main dining hall.

In addition to creating better facilities for students, he also improved their college experience. His tenure saw the number of student organizations grow from 11 to 68, and the College established student and faculty study abroad opportunities in the United Kingdom, Ireland and France. His leadership added degrees in communications, biology, environmental biology, international studies and secondary education to the College offerings.

“Considering all we accomplished during my presidency at Cazenovia, the expansion of student learning opportunities, both on and off campus, are among those of which I am most proud,” Tierno commented. “I look forward to working with my colleagues at MacMurray to enhance curricular and co-curricular options for our students,” he added.

Through his 40-year career as an educator, Tierno has extensive experience as an administrator and teacher. He led the departments of education at Elmira College in Elmira, NY, and at Lake Forest College in Lake Forest, IL.

With his strong preparation in history and curriculum research, he is the author of more than a dozen scholarly articles and book chapters. He has also been active professionally in a wide variety of academic and educational organizations both nationally and in his community.

Tierno is married to Cynthia Pratt Tierno. They are the proud parents of three grown children and grandparents of one grandchild in their blended family.

Tierno replaces Colleen Hester, who announced her resignation in December, effective May 31. The College had 57 applicants for the position after its presidential search was opened in January. The search committee, comprised of faculty, staff, students, trustees, alumni board members and a representative of the Jacksonville community, narrowed the list to 10 candidates for initial interviews in March and brought four candidates to the College in April.

“We were gratified at the large number of excellent candidates who were interested in coming to MacMurray College,” said Chairman O’Connell. “It’s a testament to Mark Tierno’s extraordinary abilities that he was so overwhelming accepted by the Board of Trustees, the search committee and the MacMurray community.”