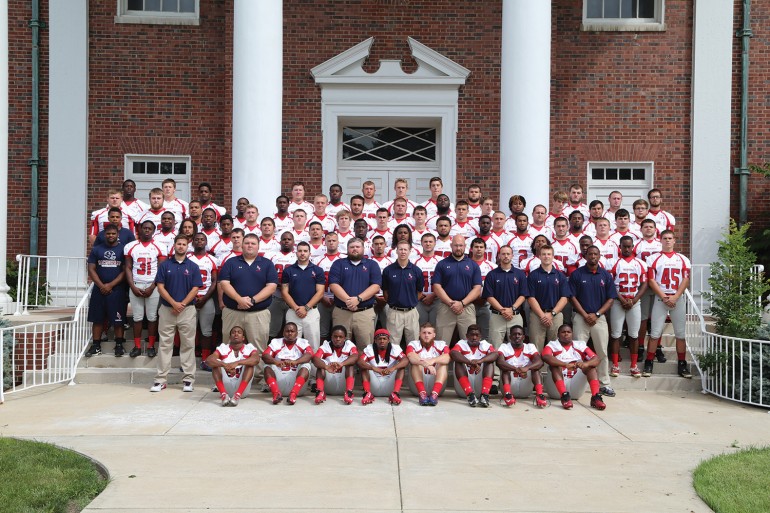 MacMurray College Athletic Department would like to recognize running back Patrick Hall as the Highlander student-athlete of the week for the week of September 1-6.  Hall rushed for 59 yards in Saturday’s 41-14 loss at Culver Stockton College (MO).  Hall is a junior from Pensacola, Florida.

The MacMurray College Student-Athletic Advisory Committee (S.A.A.C.) will be sponsoring a “pack the house” night on Tuesday, September 16 for the first Highlander home volleyball match of the season.  Prior to the match vs. Fontbonne University, we will honor the volleyball team for their recognition as a 2013-14 AVCA All-Academic Team Award recipient.  We will also have a formal presentation of the 2013-14 SLIAC-S.A.A.C. Community Service Award to MacMurray College. Free pizza will be provided for anyone who attends the matches.

Volleyball: The Highlanders lost a tough match to Westminster with a score of 3-1 Saturday morning.  Despite the girls battling hard and close game scores, the Highlanders were unable to come up with the win.

Football: The MacMurray College football team snapped a 12-game losing streak with a thrilling 42-36 victory over Martin Luther College Saturday in their home opener.  In a game where it looked like the team that had the ball last would win, the Highlander defense held the Knights in the waning minutes of the game for the win.

Coy Dorothy had an outstanding game leading the Highlander offensive attach.  The sophomore quarterback was 15-17 in passing for 183 yards and two touchdown passes.  He also ran for 57 yards and had a rushing touchdown.

Junior running back Patrick Hall rushed for 150 yards and had three touchdown runs for MacMurray.  Zach Mudd and Kimani Meekins had touchdown receptions for the Highlanders, who led 34-20 at the end of the third quarter.