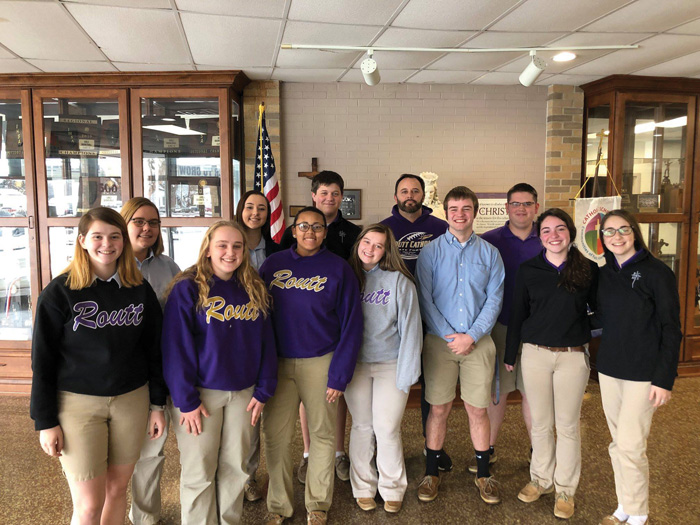 The March for Life has been going on for 45 years and always ends at the same spot; where Roe v. Wade, in 1973, made it that all 50 states would legally allow abortion. On January 18, marchers gathered around the National Mall in Washington, D.C. to hear a series of speeches given by Ben Shapiro, U.S. Rep. Dan Lipinski (IL-3) and many more before beginning their march to the Supreme Court building. Amongst the 300,000 people who marched were a group of proud students from Routt Catholic High School marching for what they believe in.