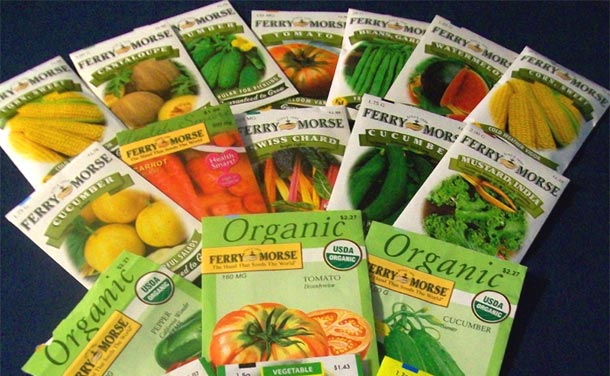 I can’t think of a better time to think about a garden than when temperatures start to drop. Seed companies know this – that’s why they send colorful catalogs long before it’s spring.

The program began in Illinois in 1975, under the direction of Floyd Giles, a former Extension horticultural specialist and state Master Gardener coordinator. That first program was conducted in Will, DuPage and northern Cook counties. Training of the first volunteers took place in Wheaton, and the first Master Gardener office operated out of the Des Plaines post office.

The mission of the Illinois Master Gardener program is “Helping Others Learn to Grow.” After 60 hours of training in topics such as vegetable and flower gardening, insect problems, and plant diseases, the volunteers participate in programs throughout their communities. Some of those opportunities may include speaking at garden clubs, civic groups or schools; answering calls or emails at garden help desks; establishing demonstration gardens that serve as educational tools; and educating citizens on how to establish community gardens.

Monica David, state coordinator for the Illinois program, points out that the programs vary by county depending on the needs of the community and the Master Gardeners themselves.

“There isn’t a cookie cutter volunteer project in every county,” David said in a recent news release. “Some counties focus on youth gardening and some stress answering questions that come in to the local extension office. Each county is a little different.”

David says people who may already have an interest in gardening, but who especially want to give back to their communities are those who become Master Gardeners.

“It’s not always people with a horticultural background, because we do train them. It’s people who are interested in helping people and working with the public that come to the program,” David adds.

Before joining the Master Gardener program 16 years ago, David was in the field of medical microbiology for nearly 25 years.

“I decided I wanted a switch, so I went back and got a master’s degree in horticulture with an emphasis on plant diseases. A job was open in the program and I’ve been here ever since,” David says.

After serving as the Illinois Master Gardener program state coordinator since 2003, David will retire the end of 2015.

While the program tends to attract most of its members from the “retired crowd,” there has been an increase in people from younger generations signing up.

“It’s a lot about people who really want to further their education, too,” she says.

As you’re reading those catalogs, consider expanding your knowledge base through the Master Gardener program. It’s a way to learn and give back.