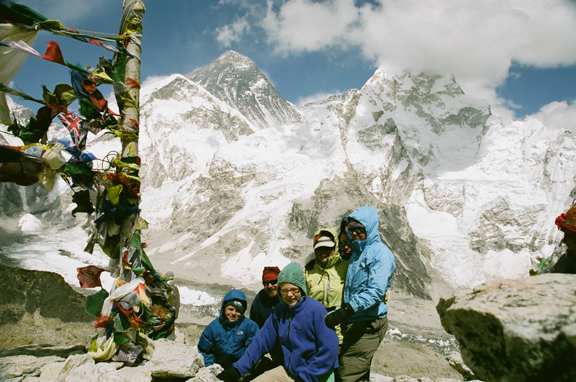 “Crossing Denali, An Ordinary Man’s Adventure Atop North America,” written by local surgeon Michael Fenner, is making its way across America. Or, at least on Facebook it is. Friends and colleagues of Michael and Angie Fenner appear to be reading it while located anywhere from Mexico to California. The book is dedicated to Agnes, a very simple dedication that one finds as he or she reads the book, is a love that is as strong as the story of the climb.

Fenner and his wife, Agnes (Angie), live in rural Jacksonville. They have four children. Originally from Indiana with a degree from Indiana University, Fenner has been a practicing surgeon here at Passavant Area Hospital, at hospitals in Springfield and also in Sitka, Alaska.

Fenner shared his story with me over lunch. This story starts like many similar stories of medical professionals, I believe. The typical surgeon’s early life consists of school, work, smoking, and fast, unhealthy meals in the few minutes a day they are allotted to nourish their bodies. For Fenner, this came to a halt when he turned 40 years old. He says, “I woke up and wondered how I had become this person. I wondered what happened to the adventures I had dreamed of as a child.” Jointly with his wife, they decided to change their life together. Side by side, the couple made some changes: Fenner kicked smoking, picked up some healthy eating habits and the two started looking for the adventures they had planned once upon a time. In 2001, he had gained momentum on his life and completed the Chicago Marathon. Later in the same year, he and Angie hiked and camped their way through the Mount Everest region of Nepal. In 2003, they completed a mountain training class that consisted of five days of rigorous training and also climbed Mount Ranier in Washington State. One of the guides was planning for Denali the following summer, so Fenner made the decision to participate in that climb. 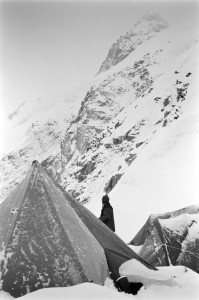 In 2003, with five other climbers and three guides, Fenner climbed to North America’s highest peak, 20,310 feet above sea level, to the centerpiece of Denali National Park. And then, unlike others, this group traversed and spent nine harrowing days descending the mountain.

Deep friendships, harsh words, oversharing of information, life bonds and an intense desire to live are the bases of this book. The team, including Fenner, had to work outside the scope of the planned climb. When asked if being a surgeon was beneficial to him in his climb, he responded, “Surgery is going through steps with intense focus, each step is vital to the successful end result. Climbing is the same. You cannot skip any of the steps, you must maintain focus in spite of the many distractions in order to meet the end result and finish this journey.” Angie said she didn’t worry about him. “I didn’t know how dangerous the trip would be. Otherwise, I wouldn’t have wanted him to go. I would have been sick with worry the entire time he was gone.” Home with small children at the time, Angie recalls, “I just thought of him and wondered if he was having fun.” Between falls, near hallucinations, illness and fear of frost bite to his hands (the most important tool of his profession), Fenner found himself. The tears when he called home (Fenner vocalized, “I am glad I couldn’t call home more, the loss was unbearable when I heard her voice.”), the emptiness of being without Angie and their family, the deep spirituality of battling nature and relying on his team are all things that made him stronger and allowed him recommit to the man he wanted to be. Cordially and affably, and with a certain quiet confidence, Fenner explained that he wrote a book because reading other stories made him recognize he himself had a story to tell. 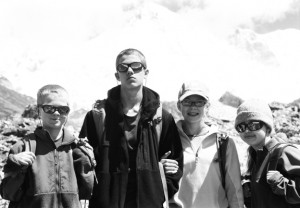 Pick up a copy of Fenner’s book at Our Town Books on the downtown square of Jacksonville to read the harrowing tale of one man, with a great love of his family, learning that ordinary is not so terrible.