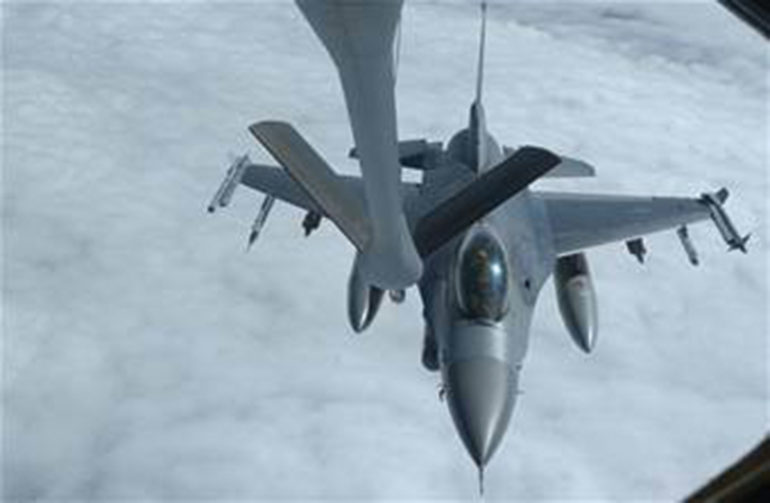 It is with great pride that anyone who works for FS can say that not only are we locally owned and operated but we also support the local communities that we serve. We strive on a daily basis to bring our customers the best products, services, and most up to date knowledge available. Most don’t realize the continuing education and training we as members of your local coop undergo monthly and annually. Prairieland FS has around 695 employees, 22 locations manned year round (many more seasonal plants in spring and fall) and many different departments ranging from Agronomy, Structures, Grain, Energy and Fuels. That being said, I would like to bring to light something else that was recently brought to my attention.

On September 5th, 2014, I was invited to Scott Air Force Base as part of the ESGR (Employer Support of the Guard and Reserves) event. This event was to show appreciation to employers like Prairieland FS for allowing employees the time off from their regular jobs to do their weekend a month, two weeks a year, and/or anything else that may be asked of them. Most of us in our daily lives balance home and work whether it’s working for ourselves as a farmer or working for a company like Prairieland FS with little thought to some like our military reserves who not only balance the two, but also the added workload of keeping trained and at the ready for anything that is called of them. At times during the year I have had as many as 3 people at the Franklin Location that may be gone on any given day to do the weekend a month. I never really gave much thought to what these employees were doing on their leave or why it mattered, but all of that changed on September 5th, 2014.

In much the same way that Prairieland FS works, there is many different departments and people of the military that come together in a well-orchestrated symphony of machines and manpower just to accomplish daily operations. I spent the day with the men and women of Scott AFB, flew a mission in a KC-135R Stratotanker, and witnessed (in person) in-flight refueling of some F-16 aircrafts. I never gave it much thought at the time but as I was driving home after that experience I couldn’t help but think how many people came together that one day for just one Mission. We took off from Scott AFB, flew to Wisconsin, refueled F-16’s, and returned to Scott AFB in around 4 ½ hours. The coordination between crew, bases, states, and aircraft to pull off such a feat was phenomenal and to think how many of the people involved were Guard and Reserves! That is not a “fly by the seat of your pants” accomplishment!

When employees need off for Guard or Reserve my main focus had always been how to fill their position for the day(s) they were going to be gone and how as a company we would retain our high standard of service with such an individual missing. Never did I think of how much they were bringing to the table for the military during their leave. Their one weekend a month or two weeks a year help those individuals keep the skill set they have honed sharp! In many circumstances they have a heavier workload than most of us and still live up to the high standards expected at Prairieland FS and also the high standards of The United States of America and its military!

I would like to thank everyone at Scott AFB from Col. Peter Nezamis, Commander, 126th Air Refueling Wing all the way down to the people that work on the planes that helped make this opportunity possible! That one day shed a whole new light on what it takes to keep our country and state safe and protect the rights and freedoms of people worldwide!

View all articles by Judd Lyons