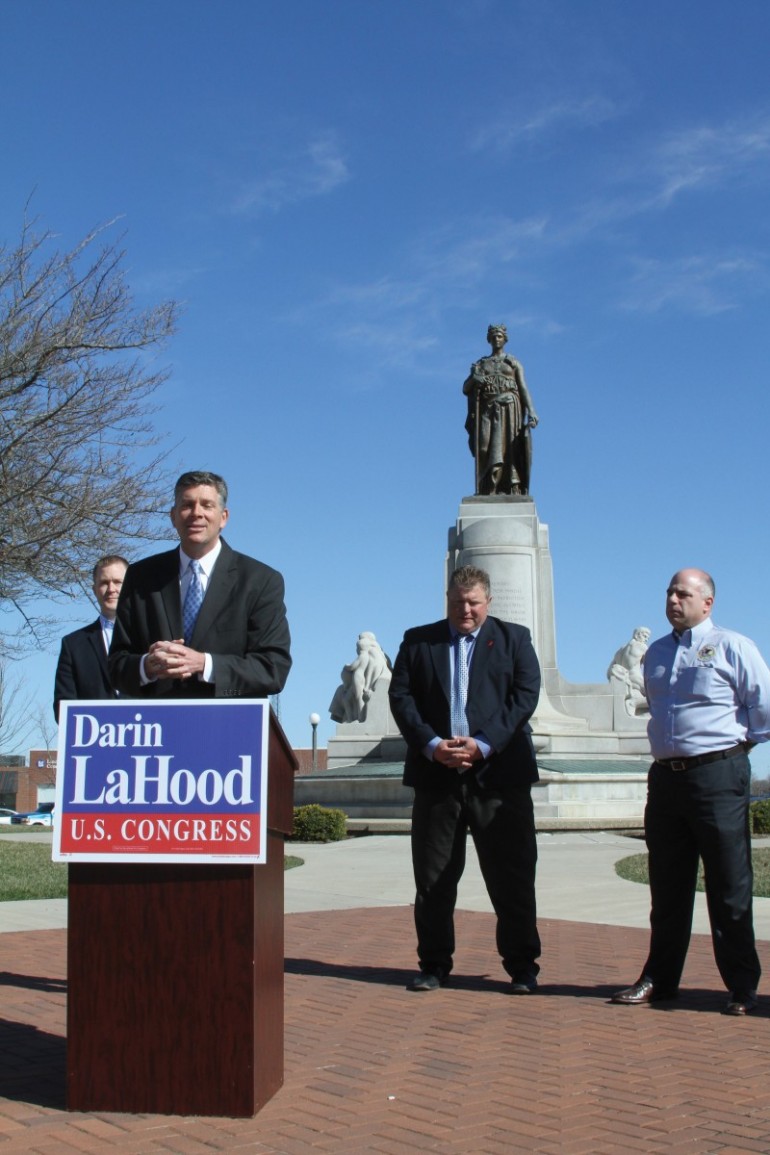 State Senator Darin LaHood formally announced his candidacy for the U.S. Congress in the 18th Congressional District last week. He announced in three stops in the 18th District, including Peoria, Bloomington and Springfield. The following day he visited Jacksonville, Quincy and Macomb. Darin LaHood has represented the 37th Senate District in Springfield as a State Senator in Springfield since 2011. As a State Senator, LaHood was the chief sponsor for term limits legislation and quickly gained the reputation of being a fiscal hawk. Prior to serving in the Senate, LaHood spent over 10 years as a state and federal prosecutor, including as the Chief Terrorism Prosecutor and the lead coordinator for the project Safe Neighborhoods Program. LaHood currently practices law with the Peoria law firm of Miller, Hall & Triggs. He currently resides in Dunlap with his wife Kristen and their three sons, McKay, Luke and Teddy. (Left to right) Representative CD Davidsmeyer, State Senator Darin LaHood, Mayor Andy Ezard and State Senator Sam McCann last Tuesday during LaHood’s announcement for his candidacy for the U.S. Congress in the 18th District.