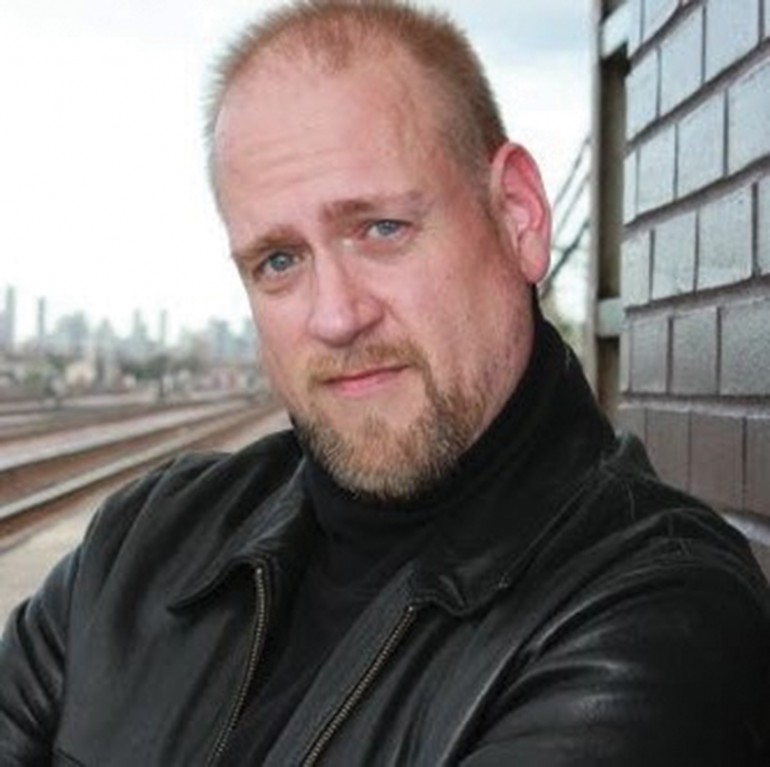 If you know Sean-Edward Hall, you probably know he’s a very busy person. Whether it’s in the Chicago theater scene, or back home helping with local productions—he’s always active and working hard. Wherever he is, he’s making things happen and is a driving force in the theater community.

Born and raised in Murrayville, Hall attended Jacksonville High School and later attended college in Kentucky. After living in both Jacksonville and Springfield for a while, he moved to Chicago in 2010 to work full-time in theater. As soon as he arrived, he got straight to work.

During his time there, he became a founding member of Pride Film & Plays, a non-profit founded by a MacMurray graduate, David Zak. The organization works to get different screenplays and scripts read for emerging writers and hosts an annual contest for both plays and films. These productions are focused around sharing the thoughts, feelings, and perspectives of the LGBTQ community.

The contest receives many entries, but once the contest has been narrowed down to five finalists, those selections will be performed in festival fashion in hopes of being picked up by producers from around the country. Several productions have, indeed, been picked up and are being produced across the U.S and the contest serves as a springboard.

Only being in existence for a few short years, the organization’s productions have already become eligible for Chicago theater’s prestigious “Jeff Awards” and been Jeff recommended as well. Their earnings come from hosting staged readings for scripts and screenplays and create an environment for voices new and old to be heard.

When he’s not working with Pride Films & Plays, Hall has spent time performing with the Chicago Folks Operetta, at the Circle Theater, and at the Ludicrous Theater. At home, he enjoys working closely with his church, Grace United Methodist, where he is helping form a new children’s choir.

A recent move back to Jacksonville came with new plans—plans to attend Illinois College next year to study Theater and Psychology. He hopes to pursue Drama Therapy, a form of counseling in which groups act out certain life situations to gain better perspective and problem-solving abilities. “This type of counseling helps people deal with situations as a character,” he explained.

He’s also immersed himself in the Jacksonville theater community, and will be both directing and acting in upcoming productions at Playhouse on the Square. He’s looking forward to a Halloween radio adaptation of Frankenstein, which will have auditions soon.

Other upcoming productions at the Playhouse include You Can’t Take it With You, Women of Shakespeare, and Alice in Wonderland. The full list of dates and times can be found at www.playhouseonthesquare.net.

As Hall settles back into life here in Jacksonville, he hasn’t slowed down for a minute. He runs through his to-do list and I begin to wonder how he has both the time and energy to do all he does. As far as interesting goes, I think he’s got it covered.