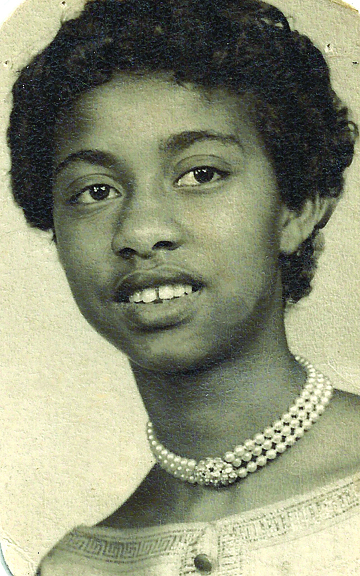 Jacksonville’s Ruth Linear remarks on life as a Black American.

Imagine being kept from voting, holding certain jobs, being kept from pursuing educational opportunities and many other things all because of the color of your skin. For about 100 years, post-Civil War to 1968, Jim Crow laws were the thread of state and local statutes that legalized segregation in America. Those defying these laws often faced being arrested, fines, jail sentences, violence and even death.

The civil rights movement ushered in the end of those laws. President Harry S. Truman integrated the military, the Supreme Court ruled educational segregation unconstitutional through Brown v. Board of Education and the Civil Rights Act of 1964 ended segregation that had become institutional throughout the country.

The Voting Rights Act of 1965 gave minorities the right to vote and the Fair Housing Act of 1968 ended discrimination in renting and selling homes.

Born in Hannibal, Missouri during this time of segregation in 1940, Ruth Hunter Linear likes to help educate those around her about life growing up black in America. “Living through Jim Crow days wasn’t easy, but we made it,” stated Linear. She was born the second of four children. “My early education was at the only school in Hannibal that allowed blacks. Generations of family attended that school,” she remarked. “I graduated from Hannibal High School (HHS) in 1958. I called it the ‘white school;’ a school I didn’t want to go to but had no choice.” In reflecting on that time, she said it wasn’t easy but both races learned to adjust. HHS was rated “second class;” a feeling the black race felt in everything, even worship. Upon graduating high school, she worked as a nurse’s aide at a hospital until she moved to Jacksonville in 1963. She married John Linear and they eventually had three sons: Jerry, Terry and Todd.

Since becoming of age Linear has exercised her right to vote in all kinds of elections. “I never thought I would see the first African-American President or the first African-American Vice-President in my lifetime,” continued Linear. “Through the slave’s blood, sweat, tears and determination, we made it all the way to the White House from the plantations.” Voting is a freedom we all enjoy in this country and Linear wants to ensure others exercise that right. Through her efforts, she has helped register school students each year to vote.

Being involved in education has been the backbone of all she has accomplished throughout her life. Starting in 1964 she began her career in education when she was hired off the street on the recommendation of Dr. Ivan Garrison as an aide at Lincoln School. She continued her work in various classrooms until her retirement in 2005. Educating others has gone beyond her career as a teacher’s aid and permeated her service to organizations throughout Jacksonville.

During her life as a volunteer, Linear has been involved with a variety of social service and community organizations. On her volunteer resume, she was involved with Jacksonville Area Community Food Center, serving on their board of directors, she has volunteered at the Woodlawn Farm Underground Railroad site, involved with the Jacksonville Juneteenth Ujima Organization, the Do What It Takes Committee, Jacksonville Center for Independent Living board of directors, an officer with NAACP and with the Jacksonville Area Genealogical & Historic Society. Topping the list is her 50-plus year membership to the historical Mt. Emory Baptist Church. She serves the congregation as church historian.

Her work throughout her life has been varied but her longest volunteering experience has to be her presentations regarding black history. Countless opportunities through schools, churches and in the community have kept Linear busy through the years. “The school teachers and students have written many letters of thanks through the years. It has been rewarding to teach them about Black history,” recalls Linear. These presentations have even taken her to other cities as well. An extension of her presentations included giving tours and teaching about slavery at Woodlawn Farm.

As a community leader Linear has been a part of many roundtable discussions over the years in an effort to improve race relations.

“In my opinion, the relations between the races have not improved,” said Linear. “The improvements will come when the whites in authority within the community make the changes. It has to come from them.”

One area of concern for her is education. “Qualified blacks are needed in positions all across the city and throughout all professions.”

Grateful for the many occasions she has been given to share her own story, Linear hopes that others will speak to make the changes needed. “I lived the life of segregation and reaped the harvest of integration.”

Linear has received awards and honors for her service over the years but the highlight came February 27, 2016. In conjunction with her receiving the NAACP Award for Community Service, Jacksonville Mayor Andy Ezard declared the day “Ruth Linear Day.” The day was further commemorated by the State of Illinois through the House of Representatives via C.D. Davidsmeyer, representing the 100th House District. The commemoration was for her efforts, dedication and hard work with Black History in Jacksonville.