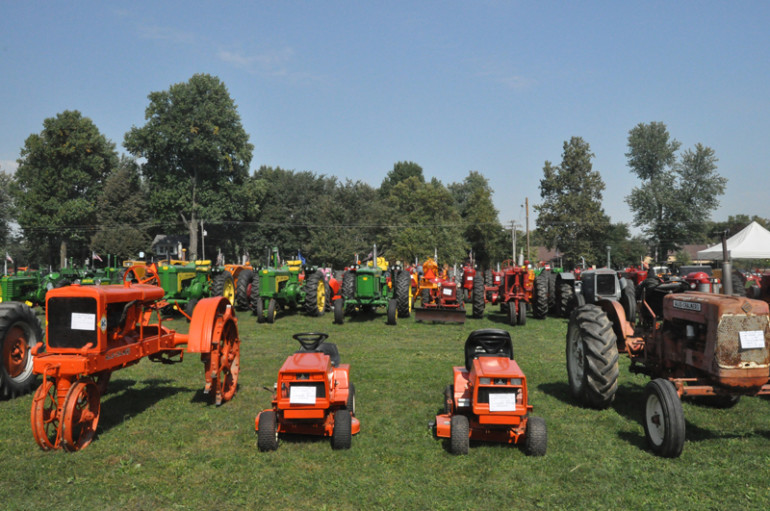 Formerly recognized as the “Steam Show” – the Prairieland Heritage Museum is excited to host the 47th annual celebration of good things from days gone by. This year, the show has undergone a slight name change to Fall Festival & Steam Show Days, a new chairman and some new additions. Hank Pool, the chairman this year, is a veteran of the show, having been engaged in planning and coordinating various aspects of the it since around 1985. As chairman, Pool has dedicated countless hours to make the show a success.

Looking back on other years of shows, he says, “You really cannot run this place unless you’re here” – which in his case, works out well, seeing that he lives right off the grounds. He continued, “My goal was to be on site and part of the show, and be here when people needed me to make decisions.”

Over the last several months, as Pool worked with members of the committee to plan the 2016 show, he stated, “I wanted to change things up a bit … I wanted to be ahead of the game.” He attributes much of their success in planning this year to some of his co-workers, saying that they are “real good members, enthusiastic … and know a lot about the organization.”

In some areas, he and his committee worked on making changes. In other areas, all the favorites of the old show remain, including 150 flea marketers, the famous ham and beans, and of course, the sorghum – which is grown, harvested and cooked right there on the grounds.

On the grounds during the show will be the familiar displays of antique tractors, gas and steam engines and horse-powered equipment, as well as various demonstrations covering blacksmithing, bailing and more.

One of the exciting new attractions at the show this year is a reconstructed 19th century log cabin. In fall 2015, a team dissembled the cabin from its rural location and rebuilt it on the grounds of the Prairieland Heritage Museum. The dismantling and rebuilding process even included the stones in the fireplace and chimney, which were carefully placed back together in the cabin’s new location. Part of the cabin exhibit will include photos of the original building, and how it was reconstructed.

Other highlights for the Fall Festival include: live entertainment on the bandstand, an Education Day on Friday (where students and their chaperones can see all parts of the show for free) and a “Family Fun” area where kids can learn to drive a tractor, play in the petting zoo and enjoy “wobble wagon” rides.

But according to Pool, the best part of the show is “the people” – whether it’s getting to “talk shop” with the sawmill operator, gleaning tidbits from the head chef that’s turning out 500 pounds of cooked beans in three days, or just hanging out with farmers and their tractors, this show is something you won’t want to miss!