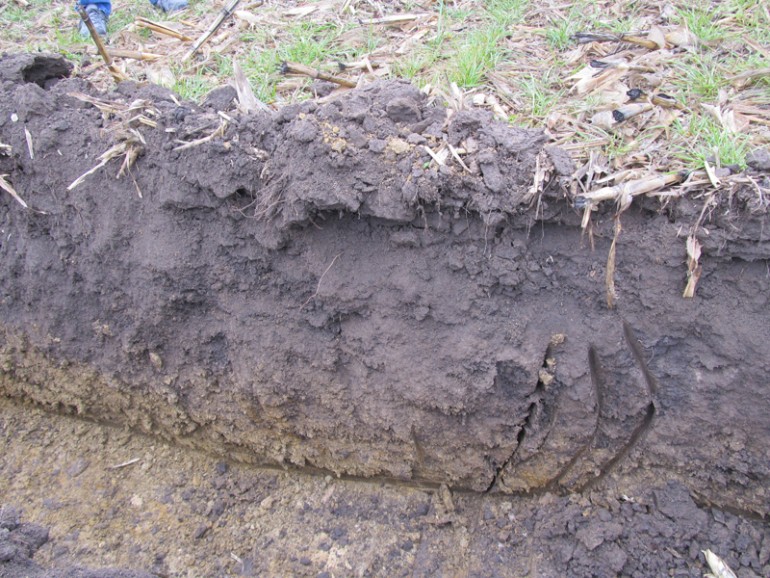 According to the Natural Resources Conservation Service website, soil health is defined as the continued capacity of soil to function as a vital living ecosystem that sustains plants, animals, and humans. This definition speaks to the importance of managing soils so they are sustainable for future generations. To do this, we need to remember that soil contains living organisms that, when provided the basic necessities of life – food, shelter, and water – perform functions required to produce food and fiber.

The NRCS website goes on to say that only “living” things can have health, so viewing soil as a living ecosystem reflects a fundamental shift in the way we care for our nation’s soils. Soil isn’t an inert growing medium, but rather is teaming with billions of bacteria, fungi, and other microbes that are the foundation of an elegant symbiotic ecosystem. Soil is an ecosystem that can be managed to provide nutrients for plant growth, absorb and hold rainwater for use during dryer periods, filter and buffer potential pollutants from leaving our fields, serve as a firm foundation for agricultural activities, and provide habitat for soil microbes to flourish and diversify to keep the ecosystem running smoothly. 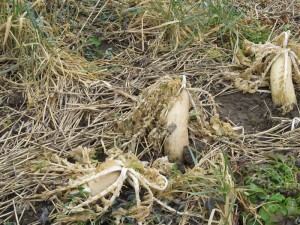 Midwestern soils are very productive, and will continue to be productive for the foreseeable future. However, that productivity is not guaranteed forever. In some cases, soils have lost over half of the organic matter they had before they were initially cropped. Organic matter is a vital component in soil health and productivity. What has created this decline?

For the first 100 years of crop production, soils were plowed. This was necessary to prepare for seeding and for weed control. When the soil was turned over, oxygen was added to the soil which allowed soil bacteria to quickly decomposed organic matter. Tiling, another necessary component of crop production in many fields, brings in more oxygen to soils as the water table is lowered, so it too lowers organic matter.

The other part of the decline is due to what is being grown. Corn, soybean and wheat have good root systems, but they do not compare to prairie root systems, which covered over 20 million acres of Illinois. Prairie roots, which in some cases extended almost 15 feet into the soil, added huge amounts of organic matter to soil, and is the reason ours soils had so much organic matter to begin with.

So can we slow or reverse the decline in organic matter and soil health? The answer is yes, and there are two relatively easy ways to do it. One is by reducing tillage to a minimum, and the other is the use of cover crops.

Reducing or eliminating tillage where it’s feasible dramatically reduces the trend of soil organic matter loss. In some studies, no-till actually increased organic matter in a corn/soybean rotation. Wind and water erosion are reduced as well. .

Using cover crops is becoming more popular as producers see the benefits. It can raise organic matter levels and reduce erosion, along with the keeping beneficial soil microbes at higher populations that will help the following year’s crop.

A number of different types of cover crops can be used, depending on need. Cereal rye is being used by several producers in the area, with good results. 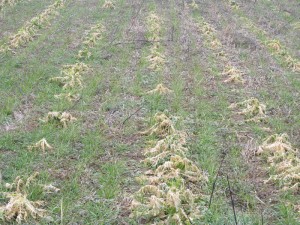 Several cover crops can be combined, such as tillage radish and rye

Another option for a cover crop is the tillage radish. When seeded in late August to early September, tillage radishes grow very rapidly, with the fleshy tuber growing over 12 inches and roots reaching down several more feet. Their fast growth scavenges excess nutrients that could otherwise end up in groundwater or surface water. The plants die out after the first hard frost.

For Extension information on cover crops, visit the Extension Publications page of the Midwest Cover Crops Council at http://www.mccc.msu.edu/extension_material.html .

View all articles by Duane Friend