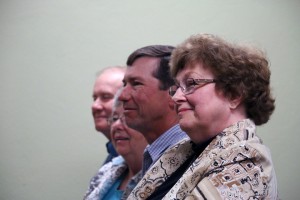 Passavant Area Hospital announced the legacy gift for local healthcare given by Howard and Vera Million. The Millions generously donated their farm in Scott County, Ill., a 320-acre farm with the appraisal value of $3,584,000. A gift of $1,000,000 designated for the coming Inpatient Adult Psychiatric Unit at Passavant Area Hospital was also bestowed. Douglas Rahn, President and CEO of Passavant Area Hospital said that they intention was to start with 10 beds in the unit, designed so that the transition to 20 beds would go rather seamlessly. Rahn spoke highly of the community support, especially with gifts such as the Million’s, noting, “I underestimate how integrated this hospital is with the community.” Family of Howard and Vera Million attended the press release, with the nephew of Howard Million, Frank Cummings, speaking at the event. Pictured are (foreground to background) Judy Cummings (wife of Frank Cummings), Eric Hart, Sammye Hart and Bob Hart smiling as Frank Cummings spoke of the announcement and also the generosity of Frank and Vera Million. Bob and Eric (the son of Sammye and Bob Hart) will be operating the Million Farm. Judy Cummings commented afterwards, “I think Howard and Vera would have been very proud of this. It’s wonderful.” 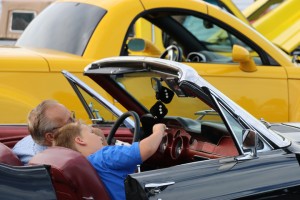 There’s something about the younger generation taking interest in cars from the past and genuinely having a connection that affects not only the youth but also the elder in the equation. Cars are a subject that can bring all sorts together. 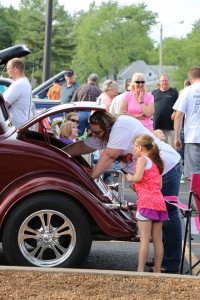 This first annual spring Cruise Nite seemed a success, with a packed parking lot at the headquarters for the event and plenty of sunshine to go around. 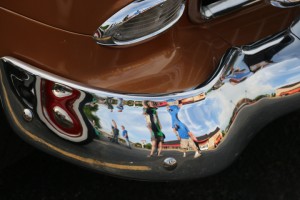 Hot rods and classics had their chrome buffed to a shine, acting as a mirror for the spectators and participants in the show. 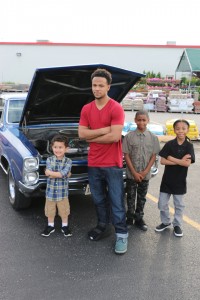 Brenden Hutton (16 years old, in red) poses in for of one of the cars that took part in the spring Cruise Fest. Hutton, of Chicago, Ill., was visiting his sister, Michelle Marshall, who recently graduated from Illinois College. More family enjoying the event are (left to right) 4 year old Isaiah, 9 year old Keenan and 7 year old Jayden. The younger three “really like the cool cars,” they agreed. 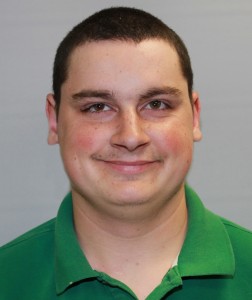 Jordan Lindsey is March Employee of the Month

Passavant Area Hospital’s March 2015 Employee of the Month is Jordan Lindsey, Food Service. Jordan is a dietary aide in the Food Service Department. He has been an employee for two and one-half years.  As a dietary aide, Jordan is responsible for preparing patient food trays and working in the Cafeteria. His nomination form read, “I was able to witness Jordan buy breakfast for an older gentleman, who was a veteran. When the gentleman thanked Jordan, he said, ‘No, sir, thank you for serving our country.’  This is just one example of Jordan’s selfless attitude and respect he has for our employees and customers that come through the cafeteria. Jordan is always willing to help out his fellow employees; he is an asset to Passavant Area Hospital.” Jordan resides in Ashland. He is studying to be a radiology technologist at Lincoln Land Community College. His hobbies include trucks and four-wheelers. 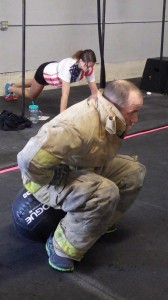 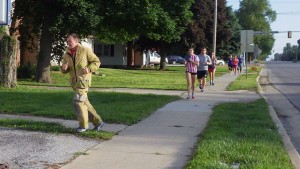 Jacksonville Firefighters Stephen King and Curt Reuter participated in exercise “Murph” in their turn out gear, at Carriage House CrossFit over Memorial Day Weekend. “Murph” is a CrossFit Hero Workout named after Navy Lieutenant Michael Murphy, who was killed in Afghanistan June 28th, 2005. He was 29, of Patchogue, N.Y. Lt Murphy was awarded the Congressional Medal of Honor after his death.

Shiloh: The Worst of War The Civil War battle of Shiloh will be the subject of a free public presentation at Playhouse on the Square. The one-hour PowerPoint show will be held on Thursday, June 18 at 7 PM. Dr. Robert Crowe will be the presenter.

The Civil War Battle of Shiloh took place in April of 1862. The results were a shock to North and South as there were 23,000 casualties in two days, the bloodiest conflict in American history until then. Also known as the Battle of Pittsburgh Landing, the Confederates had a chance at a decisive victory but settled for a draw. Command mistakes were prevalent for both armies. An integral part of the battle involved many Illinois soldiers. One of the Generals was John McClernand who lived in Jacksonville for a few years. He was a Springfield attorney who married one of the daughters of James Dunlap of Jacksonville. McClernand moved to Jacksonville and was employed in Dunlap’s businesses prior to the war. There were four Civil War generals who lived at least part of their life in this city. 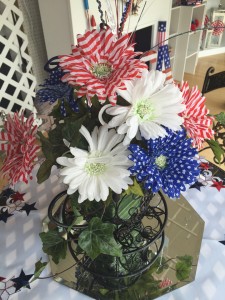 All Occasions Flower Shop is collecting Vietnam Veteran photos for their window, to keep on display to honor these veterans during the time the Vietnam Traveling Wall is in this community. Please take a copy of your photo (they will not be returned) to All Occasions on S. Main Street. This is a free service. 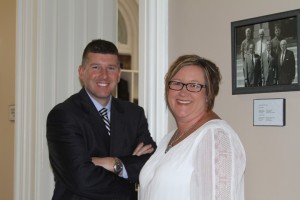