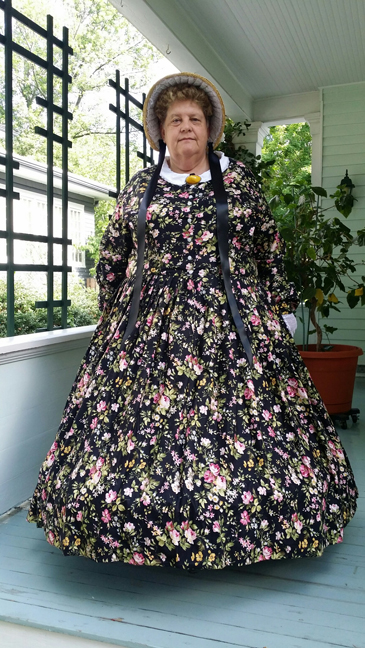 When Susan Hardin moved to Jacksonville in 1969 (at that time, her maiden name was Bavery), she never envisioned that the town would become her forever home. Nearly 45 years later, she not only remains a citizen of Jacksonville, but also is an integral part of the community. Officially retired for over five years, Hardin’s adventurous spirit and love of history keeps her busier than ever.

Upon completing high school in her hometown of Lewiston, Ill., Bavery attended MacMurray College. With the intentions of becoming a lawyer, she majored in political science and history and minored in science. It was her interest in politics that led her to join a collegiate Republican group. Through this group, Susan Bavery met Jacksonville native and then Illinois College student Steve Hardin, and the two began dating.

Extra room in her senior year schedule allowed for her to earn her teaching credentials. During this time Susan Bavery and Steve Hardin became engaged and the two later married, leading Susan Hardin to postpone law school and continue residing in Jacksonville with her husband. In search of a job, she began teaching at the junior high level in District 117.

“I always told myself if I didn’t like teaching I could quit and go back to law school, but I loved it,” shared Susan Hardin.

That love of teaching only grew during Susan Hardin’s 34 years in the field of education, all of which were spent in District 117. Starting out in the science department and later moving into history, she taught at both Neil Armstrong and Jonathan Turner Junior High Schools. Throughout her tenure, Hardin served as head girl’s track coach and yearbook advisor for many years. Even in her retirement, she continues to reap the benefits of her career.

“It’s nice to go anywhere in town and people don’t ask you for ID,” joked Hardin. “Teaching for as long as I did, with an average of 120 students a year, that’s a whole lot of kids. So, I always enjoy seeing and talking to my former students.”

Although she misses being in the classroom, her new, flexible schedule allows her the freedom to spend more time with family and explore other hobbies. Her love of travel frequently takes her to Phoenix, Ariz., where she visits her two young grandsons. She has also enjoyed several overseas trips to destinations including Europe, Asia and Africa. Most recently, much of her energy has been going towards her new position; curator of Duncan Mansion.

Duncan Mansion is owned and maintained by Jacksonville’s Daughters of the American Revolution (DAR) group, The Rev. James Caldwell Chapter. As curator, Hardin schedules tours, arranges for repairs to be made on the historic home, and serves as the liaison between the Duncan Mansion and the DAR. In addition, she assists with raising funds for the property. This summer Hardin has been working with Duncan Mansion’s intern, Rachel Helmich, on a very special project; scanning and transcribing a cookbook that belonged to the Duncan family.

“It’s a combination of recipes and remedies from the three generations of Duncan women,” explained Hardin. “The left hand side of the cook book will be the original recipe scanned into the page, and the right side will be the written transcription of it. Some of the original recipes are difficult to read, which is why we are transcribing it.”

In Mrs. Elizabeth Duncan’s diaries, she writes about wolves frequently licking the icing off of cakes she had set on the back porch to cool. During the early 1800’s, when the Duncan family occupied the mansion, the city of Jacksonville looked much different and the home was considered to be located in the country.

“Mrs. Duncan was the daughter of a man who helped form the New York Stock Exchange. She was a socialite, so when she came to the prairie that was quite a different life for her,” Hardin said.

The book, titled Recipes and Remedies from Three Generations of Duncan Women, is currently available for pre order on the website www.duncanmansion.com or by calling 217-245-7023.