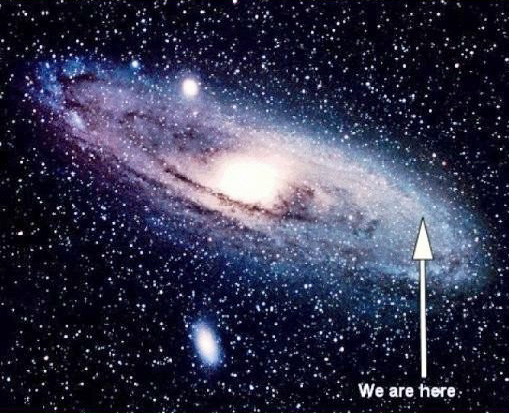 The recent activity by NASA’s New Horizon space endeavor is transmitting images of Pluto. This voyage once again reminds us of our place … our very small place … in this universe. For many of us the first profound realization of our stellar stature was provided in 1990 by a long range picture that became known as “The Pale Blue Dot.”

In 1977 NASA launched two space probes, Voyager 1 and Voyager 2. The purpose of these missions was simply to look around the solar system and send back pictures. Voyager 1 was headed for deep space and, in 1990, when it was about 4 billion miles from Earth a “goodbye” picture was requested. The cameras were pointed back toward Earth and did a final photo. The late astronomer Carl Sagan (1934-1996) was part of the Voyager imaging team when he requested the final shot. After this picture, the cameras were turned off so the vehicle resources could be used for other purposes. Even now Voyager I continues speeding away from Earth but transmits no pictures. With its present location, if a picture were transmitted, the Earth would be 10 times paler than when it was originally snapped.

When that final Voyager picture was processed, it showed the section of the universe that contained Earth. The planet appears as a small blue dot among thousands of other dots.

In 1994, Sagan published a book, “The Pale Blue Dot: A Vision of the Human Future in Space.” In regard to the dot he said, “That’s here. That’s home. That’s us. On it everyone you love, everyone you know, everyone you ever heard of, every human being who ever was, lived out their lives. There is perhaps no better demonstration of the folly of human conceits than this distant image of our tiny world.”

Sagan’s comment about the folly of human conceit was also a theme captured by the poet Shelley in his 1818 poem, Ozymandias. To summarize the poem: a traveler finds some stone remains in the middle of a large desert. On a piece of stone, the following is carved: “My name is Ozymandias, king of kings. Look on my works, ye Mighty, and despair!” Nothing beside remains …

Whether Earth lasts only a few years, or a few million years, the disappearance of the planet will not cause a blip on the canvas of the universe.