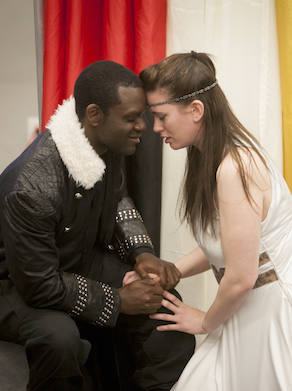 While we wait to find out whether March will being like a lion or a lamb, Playhouse On The Square is certainly attacking the month like a lion with an entire month of theatrical opportunity. First up is an exciting new collaboration of Ken Bradbury with IC student and Triopia High School alum, John Love. This new musical is called “The Boys of Nantucket”, and is the first time that Bradbury has written a show with a former student. He told me, “John is just about the most remarkable young man I’ve known. Not only has he written all of the music, but he’s performing it all, as well.” Bradbury is directing Jim Yale and Love in the original two-actor musical sponsored by The Source. It performs March 3, 4, 11 and 12 at 7:30 p.m., and March 6 and13 at 2 p.m.Tickets will be a premium, so it is recommended to get your tickets in advance by purchasing them at Our Town Books, The Soap Co. Coffee House or by making reservations at 217-491-3977. After debuting a new original work, Playhouse’s stage will be bringing back one of the classic comedies from 1941, “Blithe Spirit”, by Noel Coward. The plot involves novelist, Charles Condomine (Johnny Molson), who decides to write his next novel about the occult. Skeptical, he invites self-proclaimed medium, Madame Arcati (Laurie McCoy), to his home for a séance, hoping to gather material. When the hapless psychic accidentally summons the spirit of Condomine’s late wife, Elvira (Lynexia Dawn Chigges), his home and life are quickly turned into shambles as his wife’s ghost torments both him and his new bride, Ruth (Sissy Brown). Kim Shafer directs this uproarious comedy that also includes: Mike Schneider as “Dr. Bradman”, Dorothy Hutchison-Gross as “Mrs. Bradman”, and Linda Schneider as “Edith”, the psychic maid. This comedy performs March 18, 19, 25 & 26 at 7:30 p.m. and March 20 at 2 p.m. 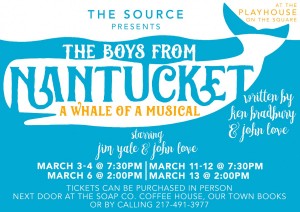 The Imagine Foundation is once again bringing back Shakespeare Festival St. Louis to tour and perform at area schools. The award-winning Education Tour brings to life the timeless characters and themes of the Bard’s work for students for the third year and it tours each year throughout the St. Louis region. The 2016 tour will be performing 50-minute versions of “Hamlet” and “A Midsummer Night’s Dream”. They will be touring the schools March 2, 3, and 4. On Wednesday night, March 2, The Imagine Foundation is hosting a dinner for the actors at The Soap Co. Coffee House. Thursday night March 3, one of the actresses, Laura Sexauer, will be the Live Model for Imagine from 7 p.m.-9 p.m, $5 per artist. Closing out the week, the troupe will perform “A Midsummer Night’s Dream” at 5 p.m. for all ages and “Hamlet” at 7 p.m. (recommended for Jr. High and older) at Inner Harmony Day Spa. For more info about these or any other activities, visit their website at www.imaginearts.org or contact Clare Lynd-Porter at imagine.arts.foundation@gmail.com or by calling 217-473-2726. 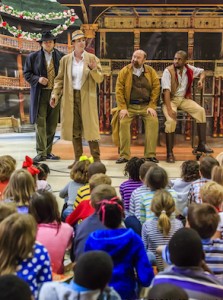 To follow up on my story regarding the Jacksonville Symphony Society’s Talent Among Us competition, I’d like to give you a list of the twelve finalists and the final winning results. In the Junior Youth Division (ages 10-13) were pianists Michelle Wu and Benjamin Wang, both from Springfield. In the Senior Youth Division (14-17) were vocalist Sarah Armstrong from Virden, pianist Alex Morris from Springfield, Jacksonville’s vocalist Meredith Schilsky, Springfield’s Meredith Crifasi on violin, pianist Avia Wang, Grace O’Shea on flute, and violinist Eva Kathryn Ferguson from Bloomington. From the Adult Division (18 and Up) were vocalist Dan Gabriel Knott from Murrayville, Abigail Crocker on flute from Springfield, and vocalist Tamar Norville from Batavia. After an enjoyable evening of extraordinary talent last Saturday, Feb. 20, the final awards were announced. First Place in the Junior Youth Division went to Benjamin Want, second place in the Senior Youth went to Grace O’Shea and first went to Eva Kathryn Ferguson. In the Adult Division, second place was awarded to Abigail Crocker and first place was Tamar Norville. The audience voted on the back of their tickets for the musician that they enjoyed the most, and the Audience Favorite was awarded to Tamar Norville. The Grand Prize winner of Talent Among Us 2016 was given to violinist Eva Kathryn Ferguson. She will be given the opportunity to solo with the Jacksonville Symphony Orchestra later this spring. Congratulations to each and every performer.