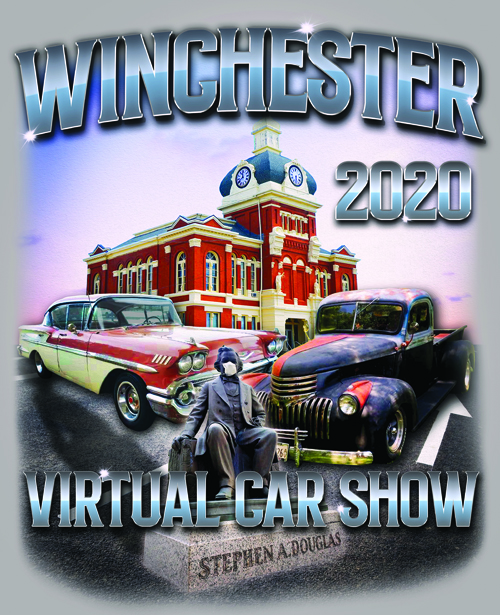 Exercising an abundance of caution, many area community events have been postponed until a later date or even canceled until next year as we navigate reentering social gatherings. One local event has decided to carry on but for the protection of everyone involved, they have decided to change their venue.

Terry Aossey, one of many involved in watching this event grow over the years, is excited about the prospects for the ninth year. “In the past, our exhibitors have come from all over. One year we even had someone from California who was coming back for the Winchester Celebration decide to exhibit their car,” remarked Aossey. “It will be sad that this summer season of car shows will not happen but, we are happy to bring the cars to you.”

Typically, during any summer, there are several car shows happening each weekend in central Illinois. To his knowledge, they are the only ones doing this style of show. By spreading the word, they hope car buffs from all over will display their pictures of their car show classics through their virtual site. Phone calls and mailings will be sent to previous exhibitors soon in hopes that they will take part.

There has been a page established on Facebook called Winchester 2020 Virtual Car show. The organizers are requesting that you post a picture of each vehicle you wish to display. “The car show is traditionally held on the third Saturday of July every year, in conjunction with the Winchester Celebration,” Aossey commented. “Prizes will be announced and posting the pictures will stop on that date, July 18.” In place of trophies which would be expensive to mail, this year they will probably issue gift cards to the winners. All pictures posted on the Facebook page will be moved to a photo album the first week of July and they will open voting then. They are awarding the traditional awards of Mayor’s Choice, Spectator’s Choice (based on Facebook “likes”) and Law Enforcement choice.

Organizers have designed a T-shirt for the show that will be available from several Winchester businesses and there will also be an online ordering option with an additional cost to cover shipping. Open House Print Shop, of Jacksonville, designs the show shirts each year. This year, the shirts feature the cars of Gary Summer and Al Roberts. Both men were strong supporters and faithful volunteers for the local show who passed away this year. “We are proud to honor their memory by including them in our shirt design,” added Aossey.

All the area small town community events rely on volunteers to get the job done. The auto show in Winchester typically has around 30 volunteers every year, from city workers to kids of all ages and many adults. “One of our goals is to bring people into our community to help support our local businesses. As the car show grows, support for our community grows. We hope to be back on the historical Winchester Square in person in July 2021,” concluded Aossey.