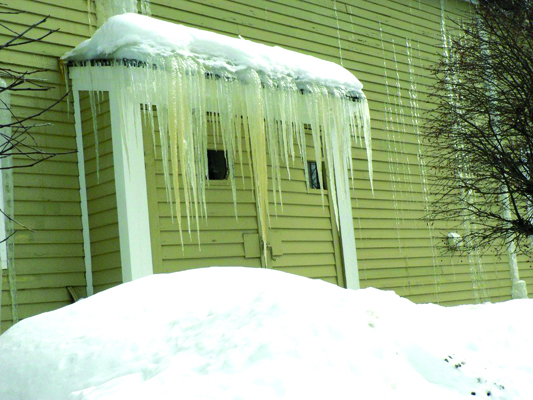 In mid-December, I labeled myself as a “Doubting Thomas.” In all appearances, the days took on the form of a mid-western spring. The days’ warm temperatures teased the earth to open as walkers enjoyed sun-filled days, endless blue skies, along with the chirps from hidden birds. For a brief moment, a question arose, “Does spring follow autumn?”

Then the appearance of a white pick-up truck zig-zagging throughout the development eliminated that quick thought. A plow was attached to the bow of the pick-up; while a de-icer was attached to the stern end of the truck. This gave the first clue that soon winter would make its appearance. The next morning walkers, with hats pulled over their ears, displayed that Jack Frost joined their daily exercise. While compassionate neighbors moved their Halloween and Thanksgiving pumpkins to the rear of their homes to provide winter feed for roaming animals. All these signs called out to the vigilant, “Winter is coming!” But did I welcome winter or not?

Despite winter’s snow, ice, sleet, freezing rain, along with interruptions, cancelations, and accidents within a community, winter provides a quietness. At the end of a snowy day, once the shovels and plows rest and dry clothing replace wet, an evening move to the outdoors opens up to winter’s theater. If one listens, one can hear the soft sounds of swirling flakes land upon the earth as they form white blankets here and there. As mounds of snow deepen and temperatures roll well below freezing, you will see a breathtaking sight, the appearance of blue hues before your very eyes.

Following the whiteout of this new year, a drive around town displayed coniferous trees as they took the role of white sentries in the neighborhoods. While majestic aged branches appeared as white canopies of crystallized plumes over roadways. All of this left the season’s observers in awe.

When winter leaves its footprints, children take hold of its magic. We witness gleeful children roll large snowballs to create the infamous snowman known for its carrot nose and pebble eyes. What magic you might ask? Why the magic of gratitude! Let us be honest when we drive past Mr. Snowman, no matter if he is sophisticated or not, whether created recently or weathered, a sense of nostalgia enters our inner being.

Soon, longer days will bring the return of the white pick-up truck zig-zagging throughout the development, but this time not with attachments, but with a load of young trees for spring planting. Until then, let us savor winter’s footprints …