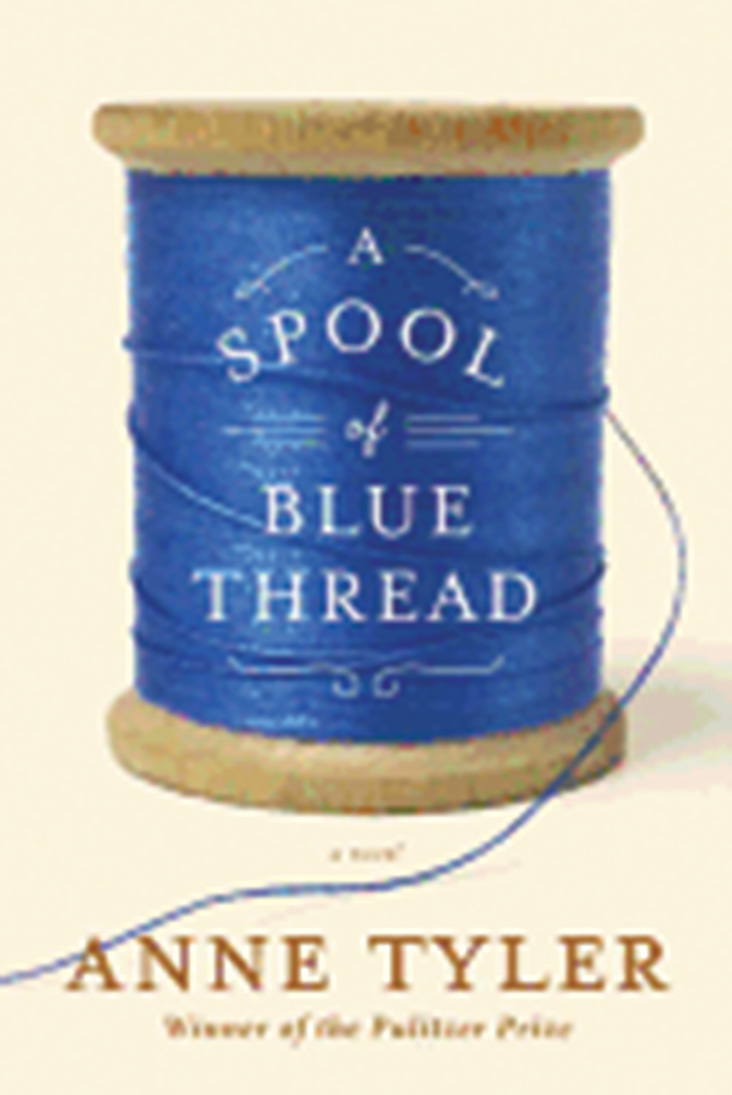 Anne Tyler, whose previous books include The Accidental Tourist, Dinner at the Homesick Restaurant and the Pulitzer Prize-winning Digging to America, has sometimes been characterized as a writer of “women’s fiction.” It’s a description that has followed her for decades, even though her work appeals to both men and women, even though her work often explores the male psyche–and even though her admirers include authors as varied as John Updike and Nick Hornby.

It’s true that Tyler’s novels focus on everyday family life, with all its individual eccentricities and interrelationships. Domesticity, you might say. And the title of her latest novel, “A Spool of Blue Thread,” might seem to confirm just that. Read carefully, however, and you’ll find it homespun only on the surface.

Red and Abby Whitshank’s four grown children become concerned when Red has a minor heart attack and Abby begins to have brief episodes of forgetfulness. She describes these moments as “…her minor little inconsequential glitches–her ‘brain jumping the track’…” Entirely unbidden, their youngest son, his wife, and three young grandsons (and dog) move in to care for them. Soon their other son–the one they always worry about–arrives from out of town and announces that, never fear, he will handle everything. It starts to get a bit crowded in the old family home.

In some writers’ hands, a story line like this might find you stifling a yawn and turning to Facebook. In Anne Tyler’s hands, you find yourself nodding in agreement and turning the pages. The details of the family interactions might be unique to the Whitshanks but the emotional essence is universal. Tyler is a master at capturing the truth in the ordinary.

And sometimes she just nails it:

“The trouble with dying,” she’d told Jeannie once, “is that you don’t get to see how everything turns out. You won’t know the ending.”

So true. But at least in A Spool of Blue Thread you not only get to see how everything turns out, you’ll be considering it long after the book is closed.